LAST NIGHT IN LATE NIGHT: The Guardians, Dropping The Mic And Another Willy Wonka 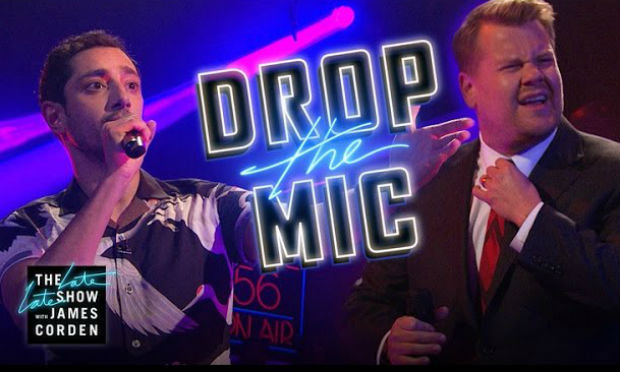 This is a hot week for those of us who love Marvel, Star Wars and musical theater!

Last Night In Late Night highlights guest appearances from the Guardians Of The Galaxy Vol. 2 cast on Jimmy Kimmel Live, Rogue One’s Riz Ahmed in a rap battle on The Late Late Show With James Corden and a conversation with the new Willy Wonka, appearing on Broadway, Christian Borle.

First up, the GOTGV2 cast. Here are several clips from their appearance on Jimmy Kimmel Live. We get a little singing and we get a little Kurt Russell, which is all we need in life:

Of course, my love James Corden had Rogue One’s Riz Ahmed on his segment Drop The Mic, but the difference with this one is that Ahmed is an actual rapper. It’s one of the best battle’s that has happened, but how can it not be with a Jar Jar Binks diss thrown in the mix:

This one is a little self-serving because I do love the musical theater, Willy Wonka and Christian Borle. Here’s the deal with Broadway’s Charlie And The Chocolate Factory….it is decked out with all the Willy Wonka candy you can muster. Yea, you want to grab some tickets to the show. Enjoy this interview with Stephen Colbert: