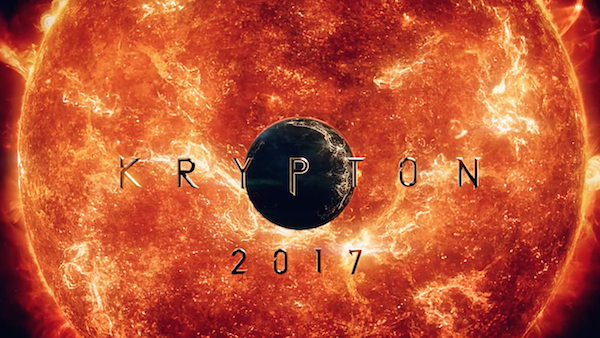 Ever wonder what Superman’s home world, Krypton, was like before its destruction? I do.

Soon, Syfy will give us all a look at Krypton and more – the rise of the House of El! A teaser video for the forthcoming series simply titled Krypton was uploaded Tuesday afternoon with the first glimpse of the new show. Unfortunately, Syfy has since said the trailer was not official and the network isn’t allowing it to be shown. However, we saw it and here’s what we think!

“The story of your family isn’t how we died…but how we lived.”
Krypton will follow Seg-El (Cameron Cuffe), Kal-El’s grandfather, as he fights to save Krypton and restore honor to his family name. From the looks of the teaser trailer, Seg-El is pretty young and either living on the streets or working his way up from the slums. The narration leaves the impression this is all a flash-back recording for Kal-El; how else would Seg-El mention that Krypton would be a “distant memory” for his grandson?

Prominently featured, the House of El sigil is seen to be identical to the uniform Henry Cavill’s Superman wears in Man of Steel, as is the crystal key that activates the House of El fortress. This means Krypton will tie into the DCEU! 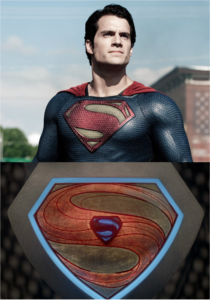 The official description from Syfy:
Based on the DC Comics characters created by Jerry Siegel and Joe Shuster, Krypton is set two generations before the destruction of the legendary Man of Steel’s home planet. It follows Superman’s grandfather Seg-El — whose House of El was ostracized and shamed — as he fights to redeem his family’s honor and save his beloved world from chaos.

The pilot hails from David S. Goyer (Constantine, Da Vinci’s Demons) and Warner Bros. Television. Goyer and showrunner Damian Kindler (Stargate SG-1, Sanctuary) will executive produce the series, while Colm McCarthy (Sherlock, Peaky Blinders) will co-executive produce as well as direct the pilot, from a story and script by Goyer and Ian Goldberg (Dead of Summer).