Karen Gillan’s Nebula May Have a Bigger Role in AVENGERS: INFINITY WAR 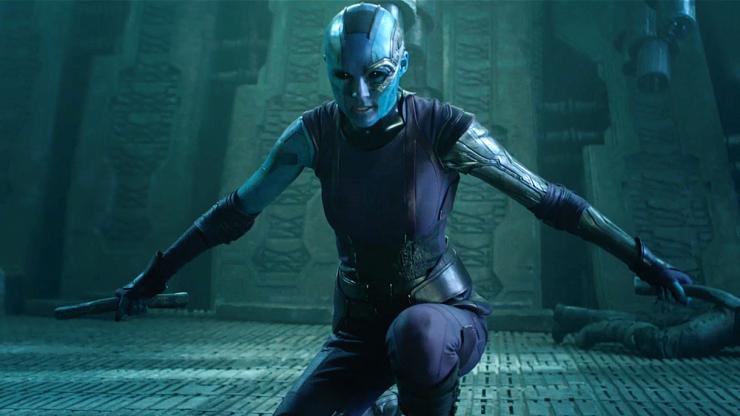 We’ve recently learned that Karen Gillan will indeed be in Avengers: Infinity War, reprising her Guardians of the Galaxy role as Nebula. However, now, in an interview with Gillan, Hollywood Reporter, it seems as if she may have more to do in the film than any of us may have initially thought.

As she told THR, “she’s making a cheeky appearance there. I don’t know how much I’m allowed to say, but I’m pretty happy with how much she gets to do.” 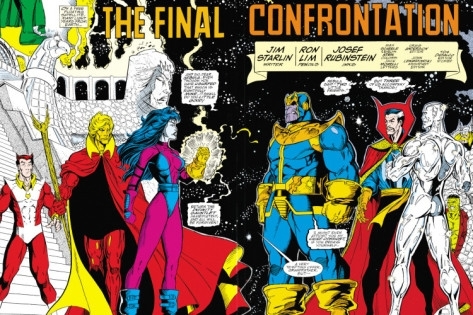 While we’re not quite sure how to take her revelation that she’s making a “cheeky appearance” it’s her saying “I’m pretty happy with how much she gets to do,” that has us curious. As an adopted daughter of Thanos, she has a unique ability to get close to the mad titan. In the original comics, titled Infinity Gauntlet, Nebula was able to get close enough to steal the gauntlet for herself and wield the mighty godlike powers. However, the powers proved too much for her and she eventually had to relinquish it.

It seems entirely possible that we’ll see something like this in Infinity War, but then it’s also possible that she just torments her sister, Gamora, the entire time.

Did you watch the first two episodes of #WandaVision on Disney+? We did, and our recaps are up now! http://ow.ly/qUMB50Day99