JUSTICE LEAGUE Behind the Scenes Photo Shows Smiles on Set

Justice League is coming out next week. The first live-action team up of the legendary DC characters is coming to screens. And to hype up the film, they’ve been releasing behind the scenes looks and features. But one of the best things to come out of it is a behind the scenes photo of the stars in costume.

Released on Reddit, we see all the actors lined up, smiling away on set together. The most important part of the photo is something DC and Warner Bros has been playing down in the promotional material. Superman is there! Because of his appearance, something to note is Batman’s outfit. Because he’s wearing his heavy armored and goggles, we can assume that Superman appears during the end of the film. It’s something we already assumed but seeing as Batman is wearing the heavy armor he wears into battle really gives us the answer.

Check out the picture below and let us know what you think! Frankly, just seeing them all together and smiling is just great to me. Be sure to come back to Geek Girl Authority for more Justice League news. We go all in during Justice League on November 17th. 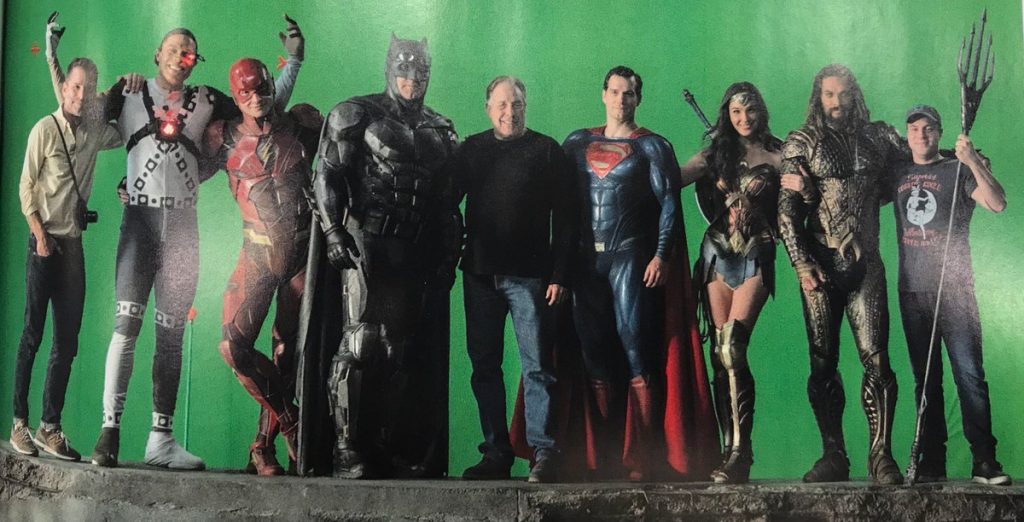