Home » Movies » Did We Just Learn the Casting of NIGHTWING?

Did We Just Learn the Casting of NIGHTWING?

Earlier this year we learned of a Nightwing movie in development. While in the very early stages, we heard director Chris McKay, who helmed The Lego Batman Movie, would be taking it to cinemas. Things have been fairly quiet surrounding the movie but we may have gotten a hint at the star.

Dacre Montgomery shared a very interesting picture today that has since been deleted. He shared an image of Nightwing with a caption of ellipses. While it’s unknown at this time whether or not he auditioned or nabbed the role, it does get a conversation going. Montgomery is currently recognizable as playing  red ranger Jason in the live-action Power Rangers film and Billy Hargrove on the beloved Stranger Things.

I’ll say this – I’m not sold on the idea. Frankly, I’m not sure I could be sold on any actor as the handsome and acrobatic martial artist Dick Grayson. In the comics, Grayson took on the mantle of Batman when Bruce was seemingly dead. That being said, we need someone who can evoke Batman. Is this the guy? Hopefully we’ll know soon enough.

What do you think of the potential casting? Are you in or not concerned till it’s announced? Let us know! Be sure to come back to Geek Girl Authority for more Nightwing news. 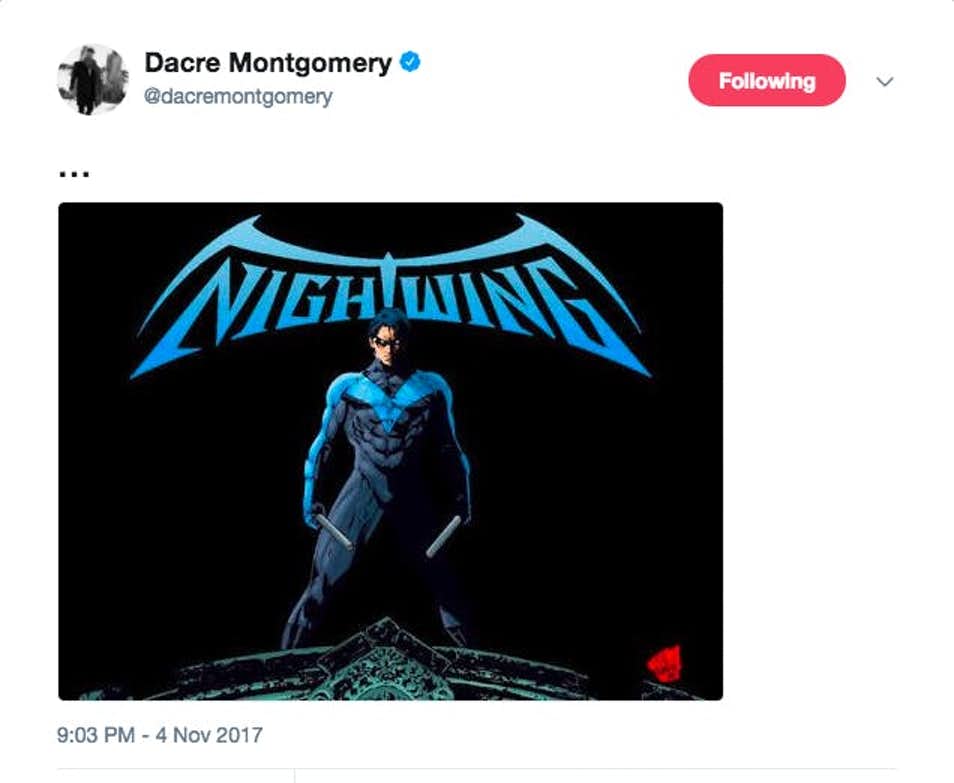