Josh Gad Continues To Be The People’s Champion 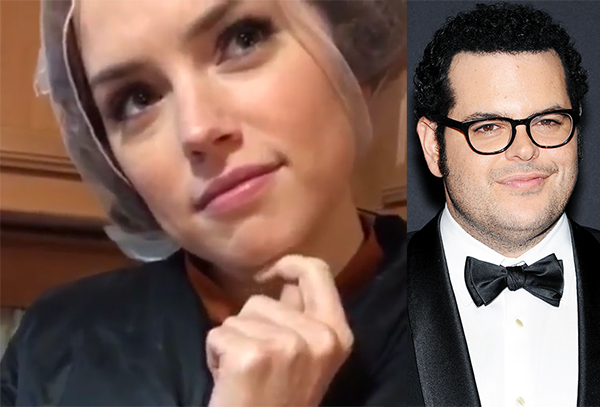 When we last saw Josh Gad, he was asking Daisy Ridley the question on everyone’s minds. “Who is The Last Jedi?” He’s back at it again and has even more questions this time!

Josh apologizes to Daisy after they both order tea. She explains she wasn’t mad the last time he asked the question but was a bit annoyed and unprepared, noting that it was uncomfortable. He empathizes before he runs over their script, with changes made of course. He reads his dialogue, she replies, he reads a bit more and bam, another bomb dropped on Daisy.

This is almost brilliant cross promotion because he name dropped the director of the film they’re working on, Kenneth Branagh. And he also reminded everyone what movie they’re working on – Murder On The Orient Express. It’s almost going to become synonymous with the film. I really hope both Josh and now Daisy are having a laugh with this and continue. Though with her walking away, we’ll see if the people’s champion will succeed.

What do you think of the video? Be sure to check it out below and let us know!

Had a follow-up conversation with Daisy Ridley on set today. Tried to apologize for #StarWars #TheLastJedi sneak attack last week. Suffice it to say, it didn't go well. For the full video head over to my FB page