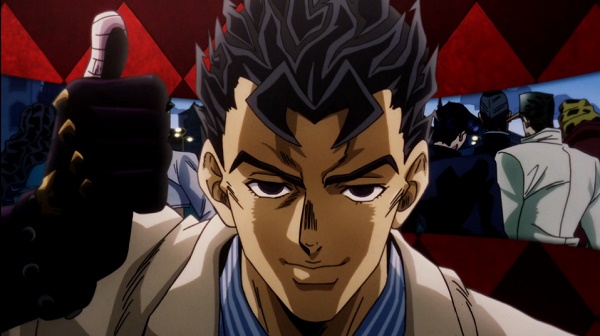 The sun has finally set on Thursday, July 15th. As Rohan leads the group closer to their prey, Kira Yoshikage “matures.”

The troubled spirit of Reimi Sugimoto notices a connection within Rohan’s collection of surveillance photos. She spots something Rohan and Koichi have overlooked: the creepy boy in one of the pictures has the same surname as the man he’s following. Finally, the gang believes they have Kira’s new name and face. However, there’s no rush to finally bring down the hammer on their nemesis– the prolific serial killer who has stolen another man’s identity. They’ll sleep on it, and save that pavement pounding for 8:30AM, the next day. 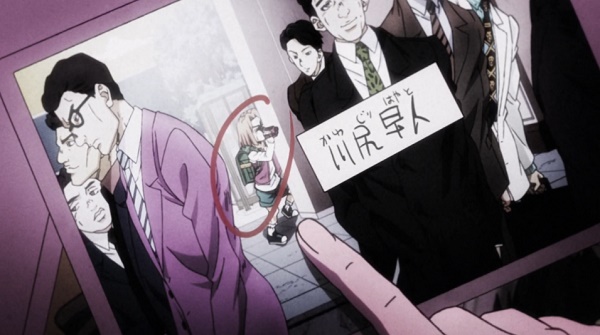 Whether the next day will ever roll around is a separate concern. Young Hayato may be out of the bath, but he’s still in deep. Though he put up a brave front at the end of last week’s episode, his blackmail attempt was not a strong enough deterrent for a sociopath like Kira. The bad dad lunges at the boy, grasps his head, and a sudden *pop* sounds the end of his life. As sadistic and violent as he is, Kira is also incredibly fearful. He fears the mysterious powers of those who pursue him, and he fears the judgmental perception of others. Killing puts no weight on his shoulders, but people knowing he’s a killer will be very troublesome.

He had already intended to kill Hayato, passing it off as a slip and fall accident on the wet bathroom tile. The boy’s defiance and Kira’s rash response had thrown off the timing for such a ploy. Now, he had a dead child stashed in the closet, and seemingly no way out. Luckily, this bad fake dad has a bad dad of his own. Yoshihiro Kira, Kira’s ghostly father who flies around town within a Poloroid picture, has come to warn and aid his son. The aid he offers winds up being as unexpected as it is unintentional. 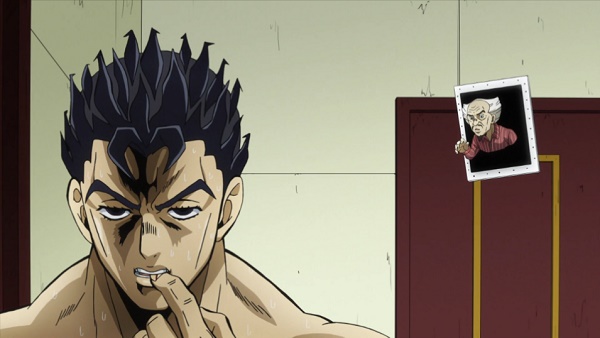 Driven by a will of its own, the mysterious magical arrow– which bestows Stand powers on whoever it pierces– slips out of the Poloroid and in to Kira’s arm. As it creeps through his flesh toward his shoulder, the burden on Kira’s shoulder gets lighter, and the late Hayato Kawajiri’s plight gets much heavier. 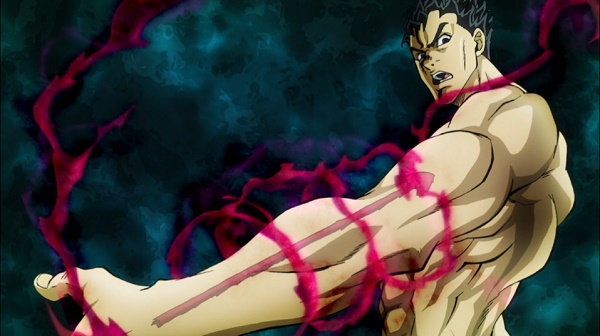 In a similar situation, Hayato might wake up to an alarm radio playing Sonny and Cher. Really, it’s a surprise that he’s waking up at all. He remembers confronting Kira, and knows his situation is perilous, but he does not recall those final moments where his imposter papa broke his brain. The tension is thick as Kira joins his assumed family for breakfast, his hair now resembling a white tiger’s fur. He brims with confidence, as if the child at the table hadn’t threatened to expose his true identity hours earlier. 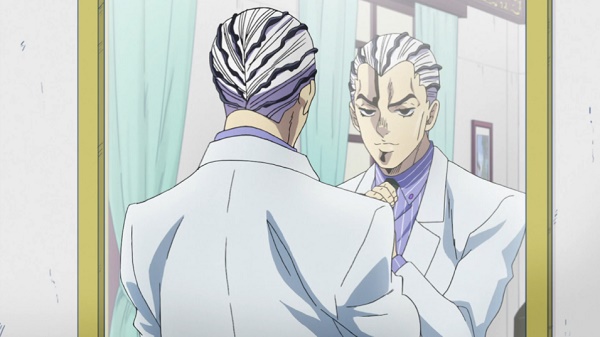 Hayato heads to school and Kira rushes to join him. The face thief’s levity demands explanation, and Kira is eager to boast of his “maturation.” When the arrow pierced him for a second time, it granted his Stand a third ability– a power that pushes his Stand beyond the realm of the obtuse. By the end of the episode, this new power still doesn’t make much sense. It’s vague to the point that its limitations could be unknowable. Kira seems to have a grasp on what it does, though, so he also presumably knows its limits.

Essentially, Kira has gained the ability of an insufferable child play-fighting. His Stand, 「Deadly Queen」, has mastered the “Nuh uh, you didn’t hit me, I hit you. If you try to hit me, it actually hurts you,” attack. Should Hayato try to explain his predicament to anyone, they’ll both explode– spoken, written, even having his mind read will kill him and his inquisitive companion. Fittingly, Kira leaves the kid on his own to stew on his situation just as Rohan Kishibe arrives to begin investigating the Kawajiri household.

Rohan recognizes the kid and immediately sets his Stand 「Heaven’s Door」 to work, laying out Hayato’s memories as pages in a book. This book is unlike any person Rohan has read, though. It starts with a warning, and each page predicts the events of the immediate future. Does this boy have a strange Stand? Is something tricking 「Heaven’s Door」? How could Hayato have memories of things that haven’t happened? Before he can unravel the mystery, Rohan trigger’s 「Deadly Queen」‘s trap. He is unable to defend himself as he reads about Kira Yoshikage’s new identity, turning himself and Hayato in to bombs. In his final moment, he spots Koichi and Jotaro. He calls out to them, and explodes. 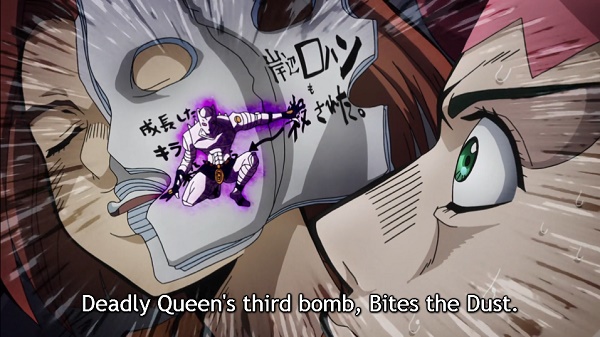 It was hiding in this boy’s face!

Hayato Kawajiri wakes up. He remembers threatening Kira. He remembers Kira explaining his new power. And, he remembers Rohan Kishibe exploding. As he notices the similarities to the last day he lived, Hayato starts predicting events. This isn’t a new day. Worst of all, Kira knows it. He knows someone got to Hayato and discovered his secret, and the resultant explosions reset the clock. It would appear that Hayato is now caught in this loop depending on how long he can guard Kira’s secret. Oddly, Kira is aware of the loop, too, and should also be prisoner to it. Though, it’s probable that Hayato will take on the “good Bill Murray” portion of the day, trying to play out events perfectly, while Kira will revel as “evil Bill Murray,” robbing the armored van and driving off a cliff with Punxsutawny Phil. 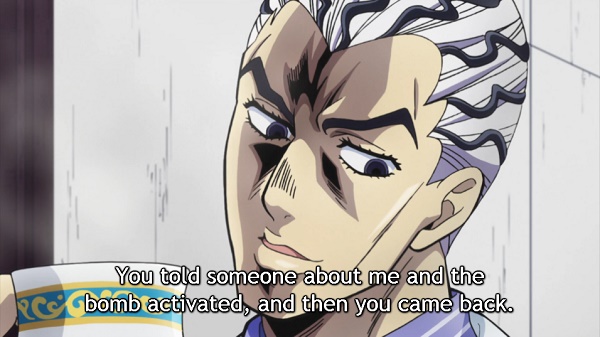 Thurday, July 15th was a day that seemed to stretch on forever. Friday, July 16th is looking like a day that may never end.