Morioh’s golden heart of justice beats all around Kira Yoshikage. Surrounded by Stand users and guileless paramedics, Kira is short on exits. Unfortunately, few people can wriggle out of a tight spot like this mass murderer. 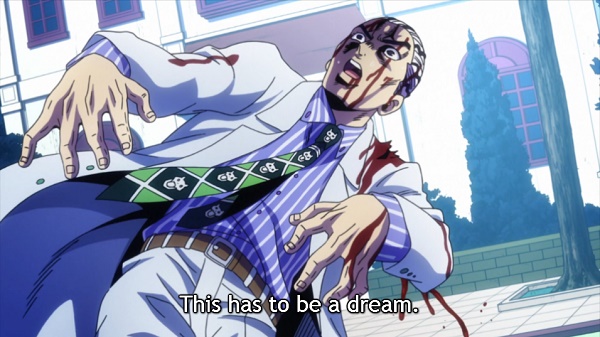 While the Mioroh Stand Pals gawk like a bunch of dopes, a doctor rushes to the aid of the bleeding bomber. They all realize what’s about to happen, but aren’t close enough to prevent Kira from turning this woman in to a bomb. As they all sweat and nervously tug their collars, Hayato takes a moment to explain how 「Deadly Queen」’s “Bites the Dust” ability works, warning the group of the potential for their imminent explosion, and a one hour reset for Kira.

With his trap laid, Kira gets ready to slip an hour back in time, pulling one over on those Joestar boys again. After some psychedelic imagery, it appears he managed just that. Or, did he? This is not his beautiful house! He should be leaving home for work an hour before his fight with Josuke, but somehow he’s emerged in a strange alley. Puzzling at his location and his watch (still broken from the fight), his situation is made clear with the arrival of Reimi Sakumoto. 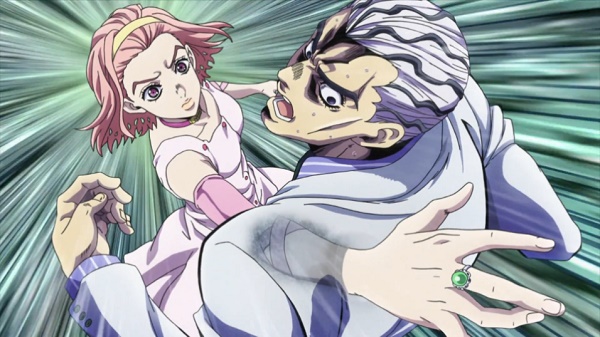 The ghostly girl breaks the news hard; Bites the Dust didn’t save Kira’s hide. In fact, he died so hard that his spectral brain has already blocked out the trauma. This revelation brings it all flooding back, though. Bites the Dust never triggered. Moments before Deadly Queen could activate its ultimate ability, the crushing weight of Koichi’s Stand, 「Echos」, sends Kira’s hand sinking through the asphalt. Determined to play the only card he has left, Kira struggles to move his fingers.

His struggle is cut short. Koichi may be strong and dependable, but his role was mostly distraction. While Kira’s fingers strained against 「Echos」’ power, Jotaro closed the gap. Now, close enough to use his Stand, 「Star Platinum」, the purple punching man activates Jotaro’s greatest power: stopping time, for just a moment. The moment of stopped time is plenty for a Stand that punches as fast as 「Star Platinum」. In a blink, Kira’s hand and body are shattered.

Time resumes and the onlooking medical response team tries to make sense of the invisible assault on the creepy guy in the pink suit. Finally, an ambulance outdoes all of the magic powers and complex scheming of Morioh’s Stand users. Unaware of Kira, lying battered in the street behind him, an ambulance driver backs over the serial killer’s head. With his life ended and identity restored, the ghost of Kira Yoshikage breaks like his mortal form. 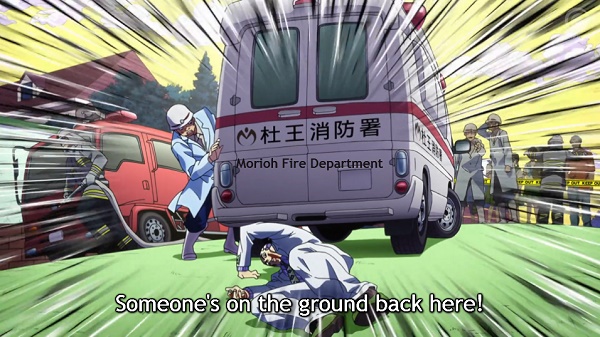 After refreshing his short term memory, Reimi tries to remind Kira of the crimes he committed over a decade ago. She shows him her scars, perhaps hoping to shock him, but instead clues him in to her ploy. Kira knows the ghost stories about this alley– that looking behind you will pull your soul in to the void. He won’t be tricked so easily, but Reimi wasn’t expecting it to be that easy. Her furious ghost dog, Arnold, leaps out from the bushes and chomps through Kira’s arm. As he reals, Morioh’s greatest villain looks back, and the void cleanses him from this world.

All of the friendliest Stand users in Morioh gather to bid farewell to Reimi as she finally passes on to the afterlife. The goodbye is emotional for all, even ol’ Rohan. Brief glimpses of each cherished character tie up our time with Josuke and friends, as Part 4 of Jojo’s Bizarre Adventure: Diamond is Unbreakable comes to a close. 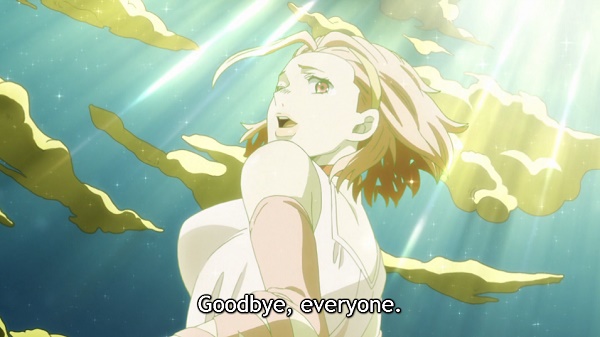 See you for Vento Aureo! 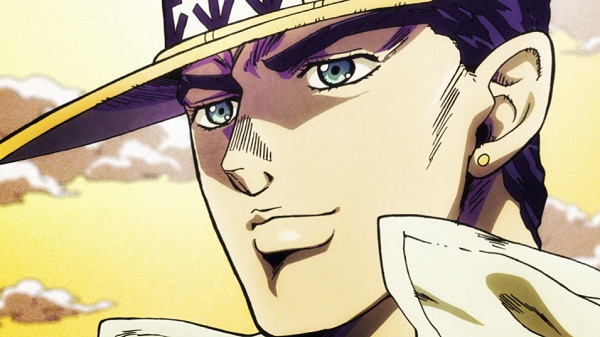 “Jotaro Kujo got his doctorate from a thesis he wrote while he was here about a starfish he saw on the beach.”