John Williams and Steven Spielberg are Releasing an Ultimate Collection 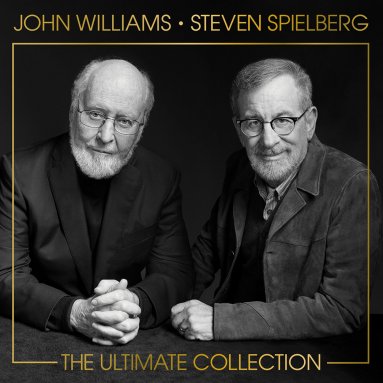 Geeks rejoice! John Williams and Steven Spielberg are releasing their work together in an Ultimate Collection. Someone pinch me. Spielberg and Williams have collaborated on many, many films together and they’ve decided to release this joyous gift to us.

According to THR, the collection will be three discs and include a new recording of “Marion’s Theme” from Raiders of the Lost Ark. They’ve already released 2 previous albums of their work together but this will include more recent films such as BFG, War Horse, etc. It will feature music from the following Indiana Jones and the Kingdom of the Crystal Skull, Amistad, The BFG, Lincoln, The Adventures of Tintin, Minority Report, Catch Me If You Can, Raiders of the Lost Ark, Saving Private Ryan, War Horse, The Terminal, Munich and the 1999 documentary The Unfinished Journey. In regards to the release, Williams had the following to say:

I was very happy with the fact that when I was music director of Boston Pops, we were able to record a lot of the music that I’d written for Steven’s films,” Williams said in a statement. “So I said to him, ‘ Steven, wouldn’t it be great if we could complete the Sony collection and put in all the things that we didn’t have when the last disc was recorded this time with our great orchestra here in Los Angeles?’ To which Steven responded, ‘This is a great idea. Let’s do it!

In addition with the announcement, they’ve released two videos on VEVO. One is the new recording of Marion’s Theme and the other is a behind the scenes look. The album is set to release on March 17th from Sony Classical. Will you be picking up a copy? Let us know and be sure to come back to Geek Girl Authority for all your geek news!