Joe Quesada Talks About Drawing the Comics for the Upcoming Film, LOGAN

Think back to the new Logan trailer we got last week. In that trailer, got our first hint that the X-Men comics exist when we saw Logan flipping through the pages of an X-Men comic. He says of them, “Got ourselves an X-Men fan.” He then laments, “Maybe a quarter of it happened… And not like this.”

As he says this, the camera cuts to a close up of one of the pages from the comic. This is a page drawn specifically for the film by the legendary Joe Quesada.

Here’s what the man himself had to say about the process of creating these pages for the film. 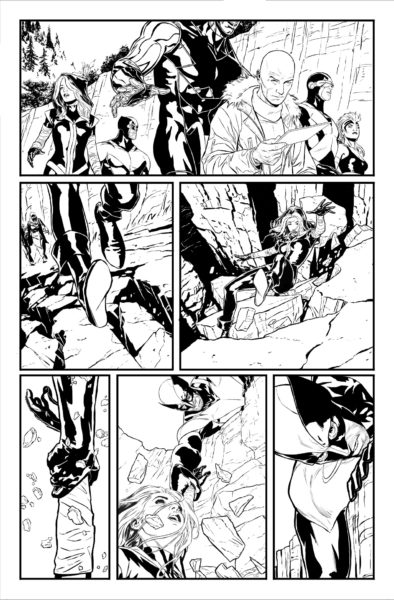 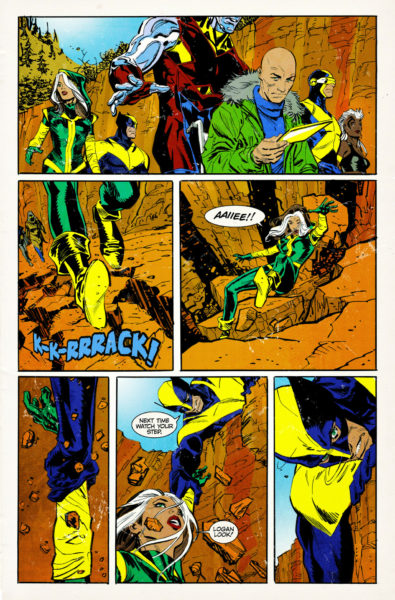 Since this page is already public, as seen in the mind blowing Logan trailer, I’m guessing it’s okay to post these process pieces. It was a blast working closely with James Mangold on creating these pages (yes, there’s more than one) and thrilled to have been invited on the project. Attached are my final digital pencils that Dan Panosian had to recreate in a more 90s ink and coloring style and boy did he nail the look!”

The interesting bit to note here is that Quesada worked closely with James Mangold on these pages and that there’s “more than one” page. This to us means that those other pages, as-of-yet unseen, could be considered spoilers. After all, Logan describes them as having not happened “like this.”

Our guess is that the pages Mangold and Quesada worked on depict, in some fashion, the fall of the X-Men. When Logan flips through the pages of that story, he’ll be confronted with the tragic history of the Mutants and his role in their destruction. Perhaps it’s even something as gruesome and unfortunate as the events in Old Man Logan.