Joe Quesada Artwork for THE DEFENDERS May Give Us Our Villains 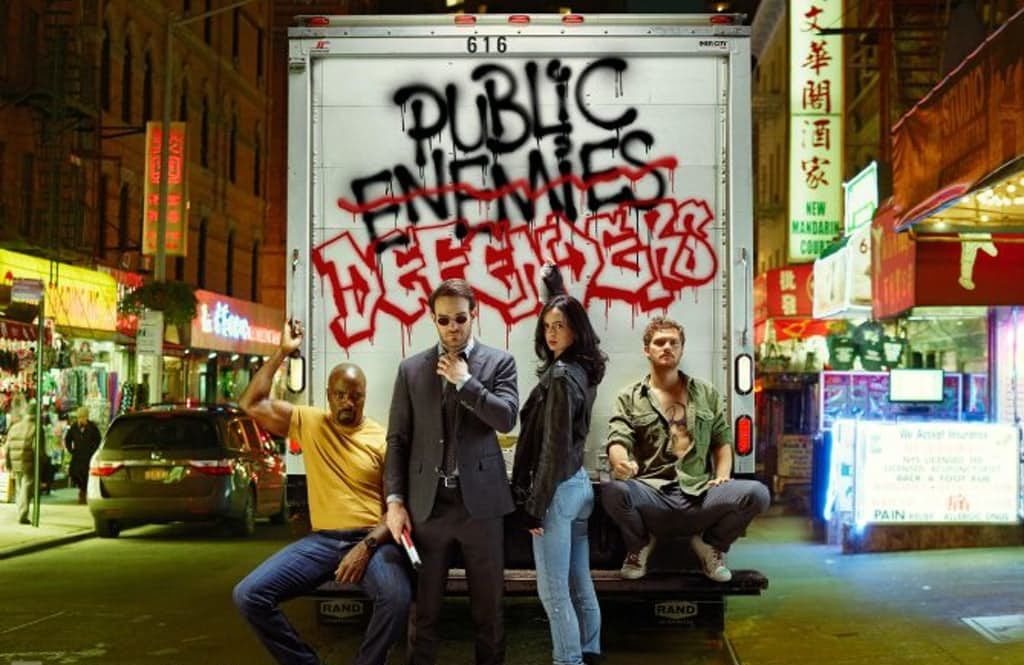 If you woke up this morning dying to see some original Joe Quesada art for the upcoming Netflix series, The Defenders, then you’re in luck. Last night was, apparently, the wrap party for the first season, which has been filming for a couple months now and will see the four heroes of each Marvel show teaming up, albeit reluctantly, to fight a common enemy.

We don’t know yet. All we really know is that it’s Sigourney Weaver – but, c’mon, we all know she’s somehow involved with The Hand is is most likely the CEO of Midland Circle. Show of hands if you think she’s actually the leader of The Hand somehow.

At the wrap party last night, Y-Cats Craft Service and Jayse Catering posted this picture of the awesome cake they provided — featuring the Iron Fist dragon, a bottle of booze for Jessica Jones, bullet holes for Luke Cage and red glasses for Daredevil. But, right behind it is a picture by Joe Quesada of our four titular stars as well as Sigourney Weaver’s character and — Elodie Yung who plays Elektra?

By all accounts, it appears that the heroes get the foreground of the cake, but does that mean that Elektra will be a villain in the series? Our guess is yes. As we saw Iron Fist, when a person is resurrected by The Hand, the person that returns is a shade of themselves. With each successive resurrection from there, they become increasingly more violent towards those they love.

Elektra was already pretty violent and unhinged, so we can only imagine what this process will do to her.