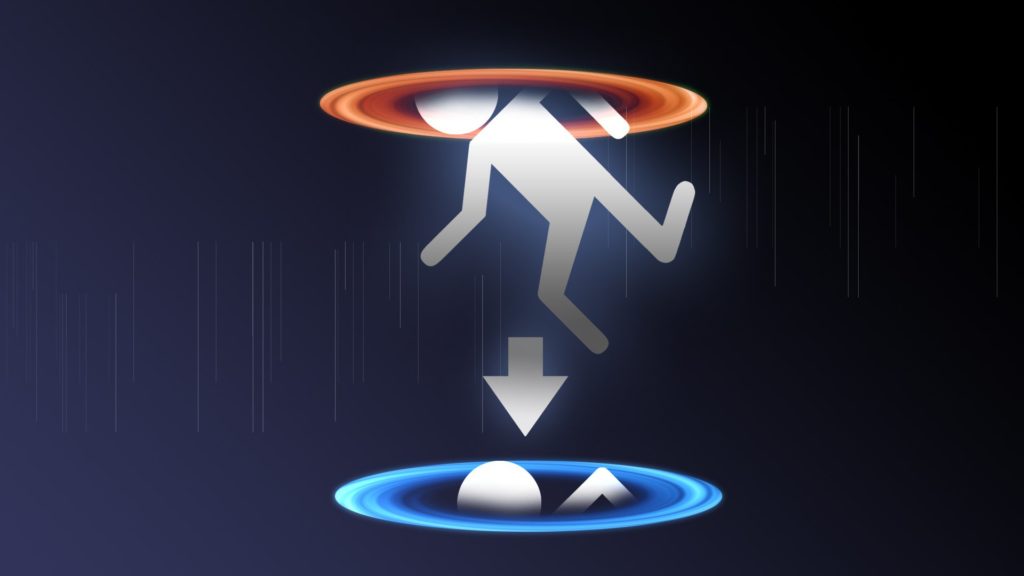 “We have a meeting coming up next week with Valve, we’re very active, I’m hoping that there will be a Portal announcement fairly soon“, he said.

If meetings are still happening then there is more than hope, at least for Portal, since that’s the property Abrams specifically mentioned.

Portal is a first person puzzle game where you play a human experiment subject in the mysterious Aperture Science Labs.  You have to figure out how to get through a maze, using experimental technology, and being guided by a homicidal AI named GLaDOS (Genetic Lifeform and Disk Operating System) with a questionable sense of humor.  This is the game that spawned “the cake is a lie” phrase.

Half-Life, is first-person shooter/ puzzle game where you play a scientist that has to fight and puzzle solve his way out of a research facility after a teleportation experiment goes disastrously wrong.

Both games are created by Valve, Half-Life released long before Portal but both are two of the most recognized game properties.  Both spawned a sequel and, while rumors of third installments float around from time to time, there has been no official announcement.  I would be willing to bet a third game announcement won’t be far behind a movie announcement, no matter which property gets the movie treatment.

The partnership between Valve’s Gabe Newall and JJ Abrams was originally talked about during DICE 2013.  However, nothing concrete was announced, just that they wanted to partner and see if Portal and/or Half-Life movies were possible.  If an official announcement is hopefully coming soon, then it sounds like they’ve come to an agreement, at least about Portal.

Don’t expect to see it in the theater any time soon.  Look at Warcraft, announced in 2006 when the game was on the rise, and didn’t hit theaters until 10 years later.  Uncharted has suffered from a similar fate, it’s been in development hell for years and was just pulled from Sony’s release schedule.  With each video game theatrical flop, studios get more and more hesitant to green light movies based on game properties.  Maybe Assassin’s Creed in December will finally break the curse.