Very sincerely and completely without irony, Marvel Studios and Netflix may have just received one of the biggest possible honors any series or film can receive — it got a Peabody Award for their series Jessica Jones, starring Krysten Ritter in the titular role.

Why is this such a big deal?   The Peabodys ignore commercial success and look to the quality of the product in and of itself, recognizing the accomplishments of the program, their public service, public good and the nature and quality of their messaging.

In other words, they reward what they deem to be excellence in quality, originality and the message they espouse. If a show bravely tackles a social issue, does its best to right an injustice or tries in any way to shine a light on a darker part of humanity — that is what the Peabody’s award.

Some of the programs that have received Peabodys — House of Cards, Key & Peele, Black Mirror, Inside Amy Schumer, Breaking Bad, Louie, Game of Thrones, Portlandia, The Colbert Report, Sherlock, South Park, Deadwood, The Daily Show, Last Week Tonight, and The Wire — just to name a few.

Some of the people that have presided over the ceremony have been Walter Cronkite, Lesley Stahl, Jon Stewart and Larry King.

In some ways, it is considered by many to be the most prestigious award possible for excellence in television, even more so than the Emmy’s, which can be more of a popularity contest than anything else. 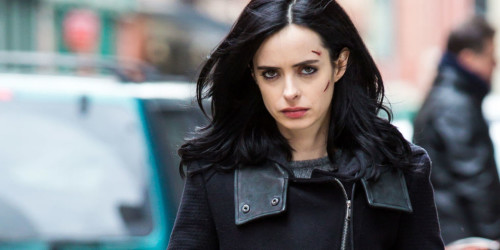 In other words, Marvel and Netflix getting a Peabody for their television series, Jessica Jones, is a big ****ing deal. It is a gigantic slap on the back for a job well done.

Here is what the Peabody’s had to say about the series.

This one part superhero saga, one part neo-noir program asks unpopular questions about power and consent, while constructing vivid and compelling characters. Krysten Ritter helps us to discover the strengths and vulnerability of Jessica, a hard-boiled private detective who has rejected the role of superhero but must still figure out how to overcome the evil that threatens her, her friends and her community.

Who else is getting a Peabody this year?

Beasts of No Nation, Master of None, The Leftovers, UnREAL, Mr. Robot and Black-ish. Oh, and Transparent.

That is the calibre and level of quality that Marvel Studios and Netflix is working at now.