Jennifer Morrison’s Swan Song on ONCE UPON A TIME 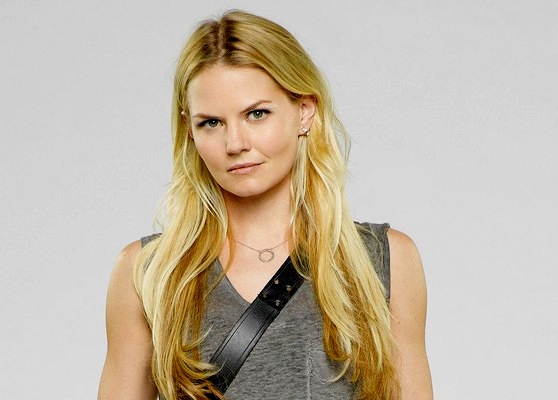 Jennifer Morrison as Emma Swan, Once Upon A Time, ABC.com

The fate of Once Upon a Time is uncertain.  ABC has not renewed OUaT for a seventh season…yet. Today, Jennifer Morrison announced that she will be leaving the show.
In an Instagram post, Morrison stated that her decision is both a creative and personal decision.

As I reached the end of my 6 year contract on ONCE UPON A TIME, I was faced with a significant decision. ABC, Eddy Kitsis, and Adam Horowitz very generously invited me to continue as a series regular. After very careful consideration, I have decided that creatively and personally, it is time for me to move on. Emma Swan is one my favorite characters that I have ever played. My 6 years on ONCE UPON A TIME has changed my life in the most beautiful ways. I am absolutely blown away by the passion and commitment of the Oncer fans. I am so honored to have been a central part of such a special show. I will be forever grateful to Adam, Eddy, and ABC for giving me the gift of playing Emma Swan. As I move on to other creative endeavors, I will continue to attend the fan conventions whenever my professional schedule allows. I always look forward meeting the fans. If ABC Network does in fact order a season 7, I have agreed to appear in one episode, and I will most certainly continue to watch ONCE UPON A TIME. The creativity of the show runners has always inspired me, and I cannot wait to see the ways that they continue to develop and reinvent the show. #Onceuponatime #EmmaSwan #UglyDucklings

“We understand that this could be the last year.  We feel like we completed this story and the next chapter of Once Upon a Time will be completely different.” Kitsis said.

Horowitz added, “By the end of the season finale, a lot of what we’ve been doing for the last six years is wrapped up, and we hope in a very satisfying way. Then, we move forward in a way that, at the end of it, hopefully, you’ll see what we’re hoping to do in season 7.”
http://gty.im/677891544

Morrison’s exit is raising speculation about her character’s fate in the finale this coming weekend. The sixth season focused on Emma Swan’s destiny to die in the final battle against the Black Fairy (Jaime Murray).  In the latest episode, Emma sort of got her happy ending when she married Captain Hook (Colin O’Donoghue).  It was the first musical episode in the series. At the end of the episode, the Black Fairy released her evil curse.

Click here for the latest recap of Once Upon A Time, “The Song in Your Heart”

The season finale will not be the last we see Emma Swan.  Morrison mentions in her return for at least one episode.  “If ABC Network does in fact order a Season 7, I have agreed to appear in one episode…”

Morrison also states that she will continue to attend fan conventions when time allows. “I always looked forward to meeting the fans”

The 2-hour season six finale of Once Upon a Time airs Sunday May 7 on ABC.