Home » Stuff We Like » Jedis, Ghosts and Doctors, Oh My! Highlights of Wizard World OKC 2017

When you think of Comic Con, you think…San Diego…New York…Emerald City…Wizard World?  There are so many fan conventions these days and many have been around for years.  With the ever increasing number of geeks and nerds, it’s hard to please everyone with one convention.  Not to mention the travel time, lodging, food, games, toys, and other fun stuff that you have to pay for. So when a convention like Wizard World comes to your town, you definitely want to check it out.

The big conventions like SDCC, NYCC, and ECCC to name a few, happen pretty much the same time every year and in the same location.  If you plan to attend these events, you know exactly what to expect. These are big conventions with big name guests and lots of exclusive news, trailers, and updates on current televisions shows and movies.  Oh and long lines.  You are literally standing in a line for about 80% of time spent at these cons.  And there’s no guarantee that you will get up close to you favorite TV and movie stars. 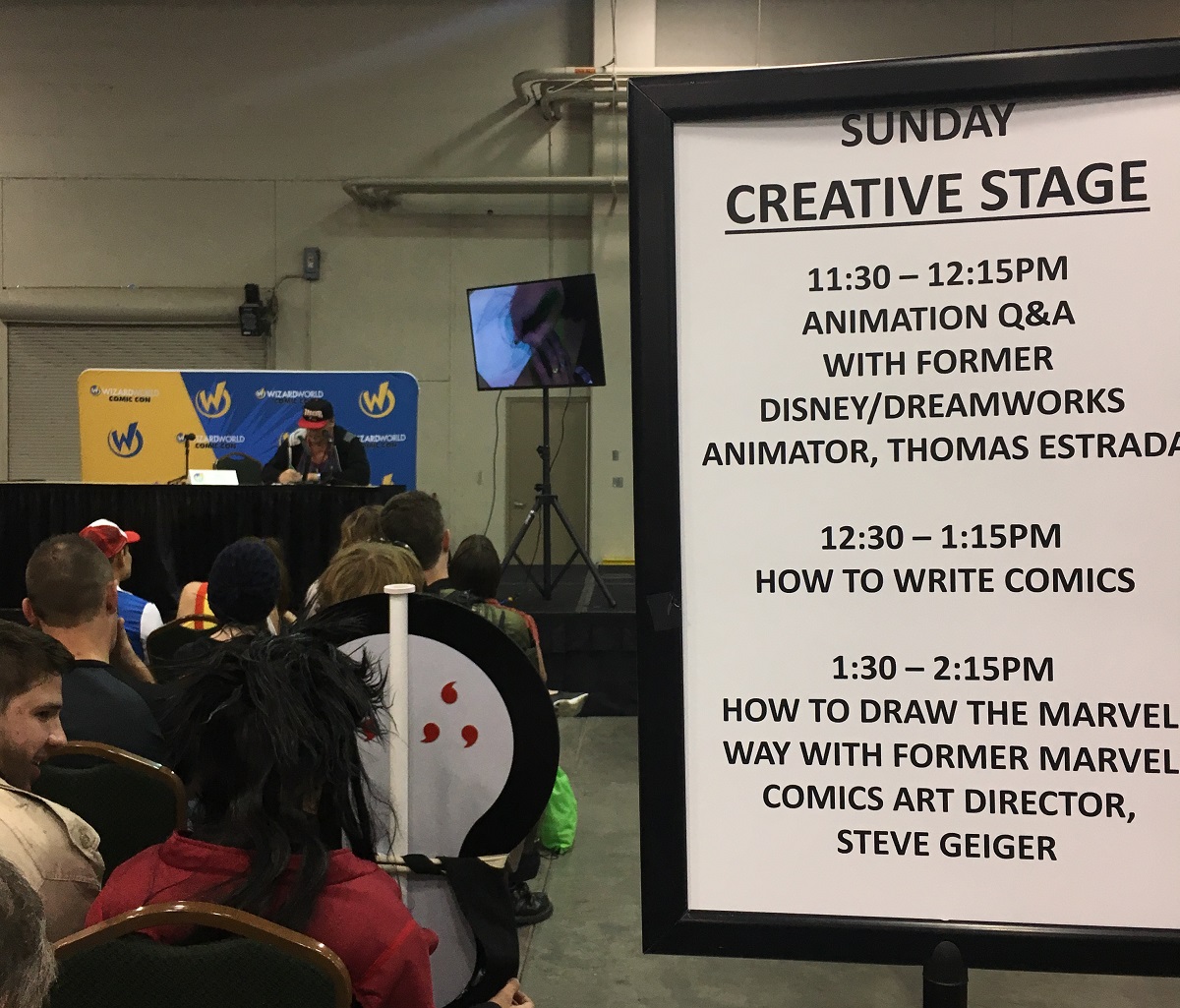 Of course there is more than just TV and Movie stars at these conventions.  Fans can attend workshops on screenwriting, comic book drawing, cosplay tips, and much more.  Other guests include comic book artists, famous cosplayers, vendors who specialize in one genre or one movie series. There are usually lots of vendors with nerd merchandise from t-shirts, hats, coozies, to glassware, weapons, and autographed pictures. There is usually an area were gaming fans can try out the latest from XBOX, Nintendo, and Playstation…you can play the classics as well.  And of course the toys…SO MANY TOYS!  There really is something for everyone at these events.

The travelling conventions, like Walker Stalker Con and Wizard World, bring the Comic Con to you.  This is a smaller scale con with fan favorite guests and panels.  The big difference being that you have a better opportunity to meet your favorite pop culture stars.  It’s called a ‘fan fest’ for a reason.  The Fan is the special guest at these conventions.

The Wizard World Comic Con travels all over the US bringing the best of pop culture to the fans.  Current and past stars of movies and television are all invited to appear.  Each guest is set up in a booth where fans can purchase autographs and selfies…saying hello is free.  There are also opportunities to purchase professional photo ops.  Each guest’s prices are set by their managers and vary from $20-$100, so save up that moolah! 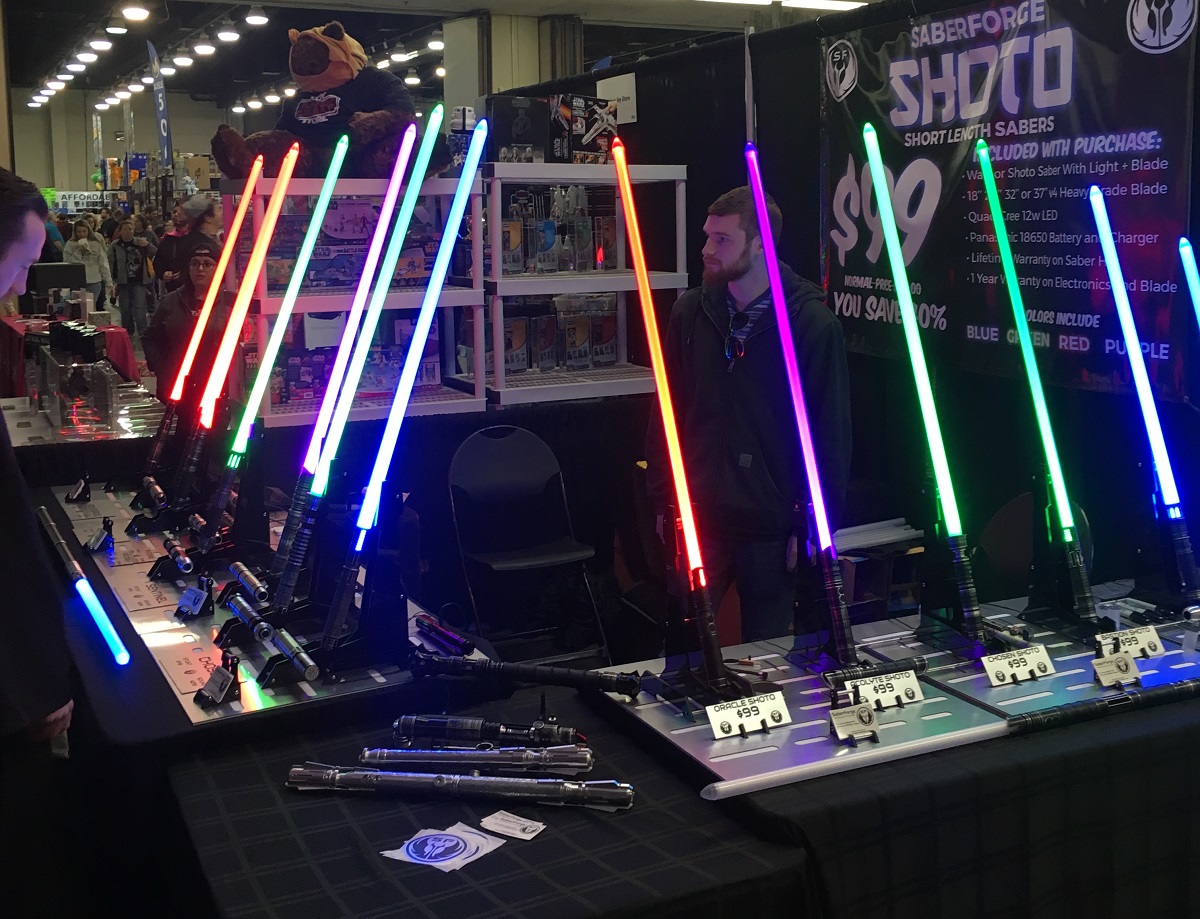 There is a lot to do on the convention floor as well.  Vendors bring comics, art, posters, toys, clothing, weapons, and other collectibles for purchase as well.  Some tables do giveaways, while others provide guests with an interactive experience. There is something for everyone, including the kiddos.

And of course, fans are encouraged to dress as their favorite pop culture characters.  They can even talk to the experts about cosplay and see how cosplayers create their art. There is a costume contest for the kids.  If you do dress up, expect people to stop you for pictures, especially if you did a really good job on your costume.

My experience with Wizard World was a good one, except the stars I went to see were never at their booths and of course, long lines for those guests.   The show was well attended and there were a lot of people in cosplay.

I got the chance to chat with Mewes for a few minutes.  He was very nice and energetic. We discussed the pending Jay and Silent Bob Get a Reboot.  In Mewes’ words, the project should start in January.  And that’s all he would say about that.

I did ask him about his appearance on CW’s The Flash. He appeared in season two, episode 21, “The Runaway Dinosaur” as the humvee guy.  Mewes explained that the casting agent only hires outside of Canada if there is a speaking role.  Otherwise, they hire local actors for stand ins.  Mewes said he would love to be on Supergirl, but a role has not come up that he could fill.  He’d be happy playing a beat cop, but they will only hire him if there is a speaking role.  That’s kind of nice, but sad at the same time.  Hopefully we’ll see him in the Arrowverse soon. 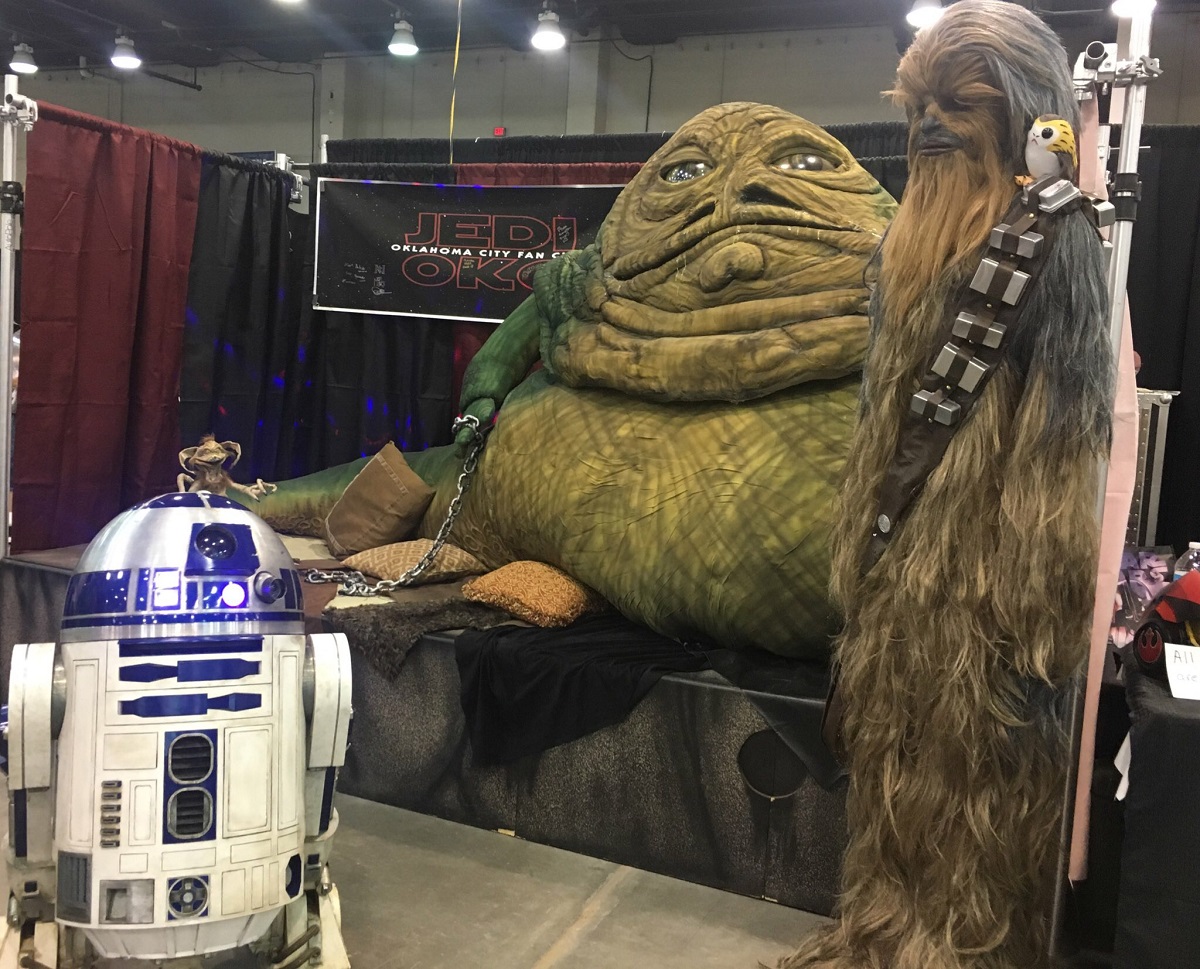 A huge highlight at the OKC show was the Jedi OKC booth.  Jedi OKC has been around for 16 years. The group started as a toy collector club with six members. In that 16 years, the group has grown to over 500 members.  The group is a staple in OKC, often appearing at many events around the OKC metro all year round.  Jedi OKC members make their own costumes and replica weapons. They also recreate sets and build their own droids, including R2-D2.  The booth featured a recreation of Jabba’s palace. The set took 14 days to make and looks like the real thing, except a little smaller.  Fans are invited to take pictures for free.

Jedi OKC has expanded into the superhero and supernatural genres with groups devoted to Ghostbusters, Marvel and DC superheroes….and yeah, they have a Star Trek group as well.  They brought their Ghostbuster display that included a giant Stay-Puft Marshmellow man to the convention.  It was very appropriate seeing the Ghostbuster cosplayers with Ernie Hudson that day. You can find Jedi OKC on Facebook and Twitter. 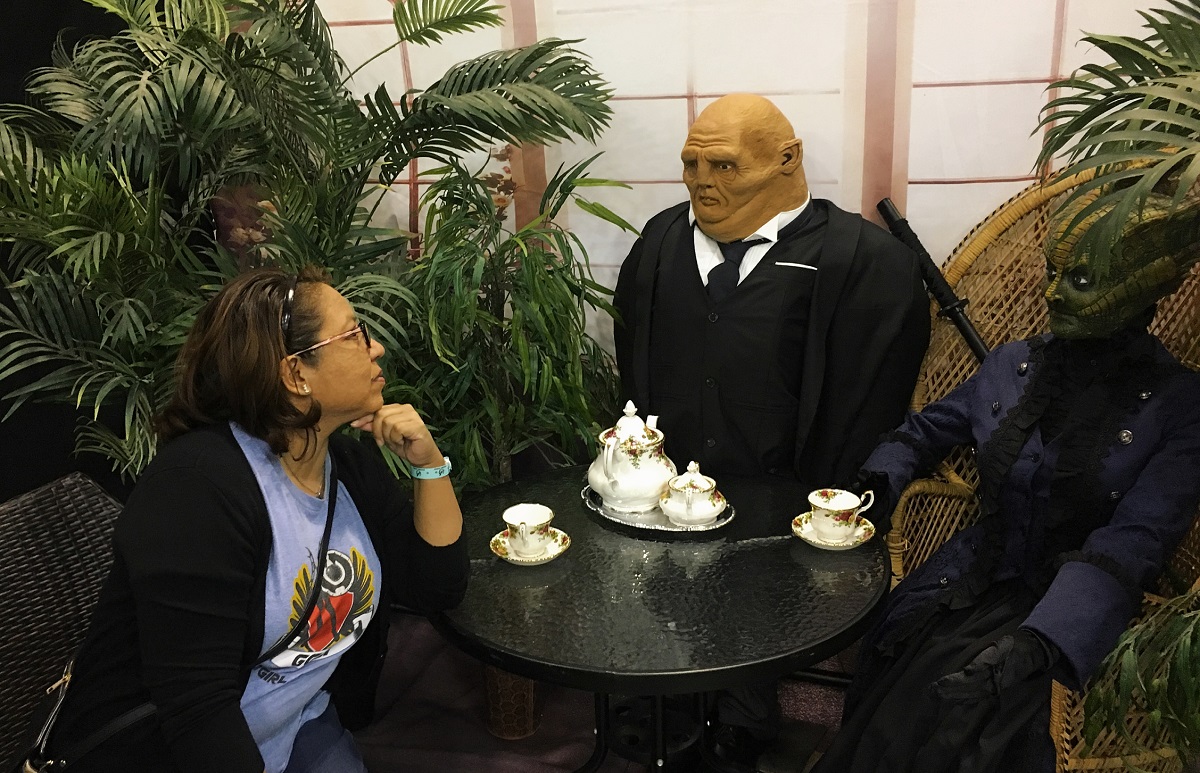 The other big attraction was the Cox Communications Doctor Who Tardis.  Fans could take a picture in the doorway of the Tardis, then enter the control center and have more pictures taken.  There was also a Doctor Who vendor who had set up a couple of scenes from the series. One scene was with the Clockwork Droids from “Girl in a Fireplace,” in season 2 of the new Doctor Who series And tea with Madame Vastra and Strax, last seen in season 8 in “Deep Breath.”

Again, Wizard World travels across the United States bringing Pop Culture favorites to the fans. You can find Wizard World on Facebook, Twitter, and Instagram.  For future dates and locations, check out their website, wizardworld.com for more information.

Wizard World will return to Oklahoma City in 2018! I can’t wait!