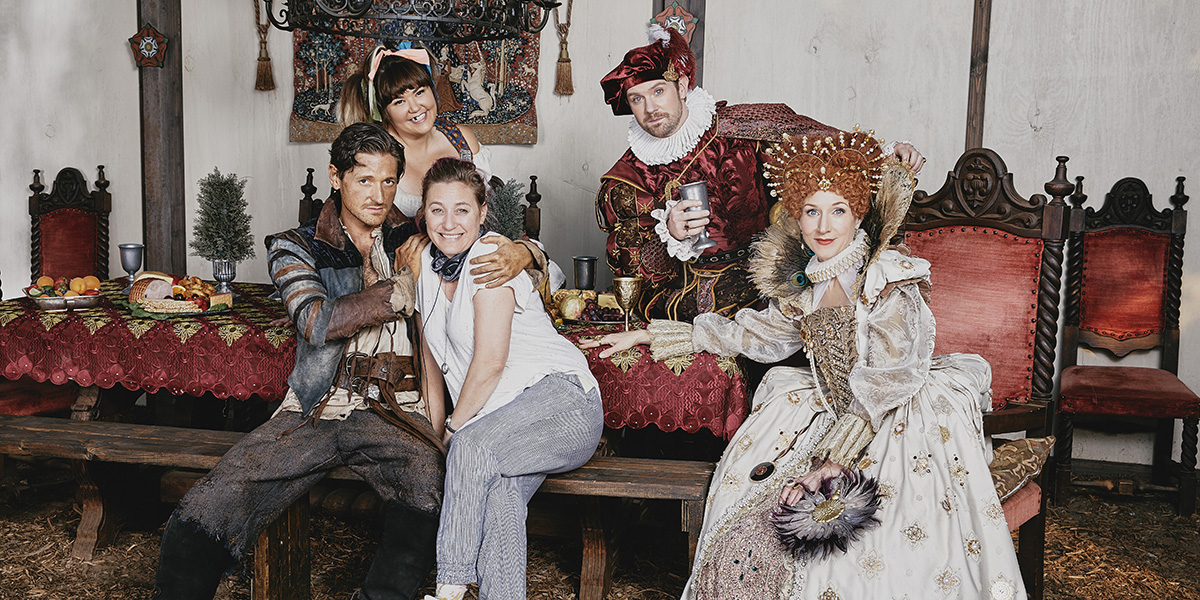 Have you already found American Princess, the new Lifetime show from creator Jamie Denbo, that makes running away with the Renaissance Faire look hella sexy? If not, get thee to a television and dive in. Reminding lapsed theatre geeks and faire followers everywhere of what they’re missing out on if they stopped playing dress-up, the show focuses on one woman’s big leap out of conventional success and into the (sometimes literal) mud of the path less taken.

Happily, Jamie agreed to give us a peek behind the scenes with info and photos. If you like what you see here, make sure to tune in to the last few episodes in the first season of American Princess live, and tell Lifetime you can’t wait to hear that they’ve renewed for a second season! 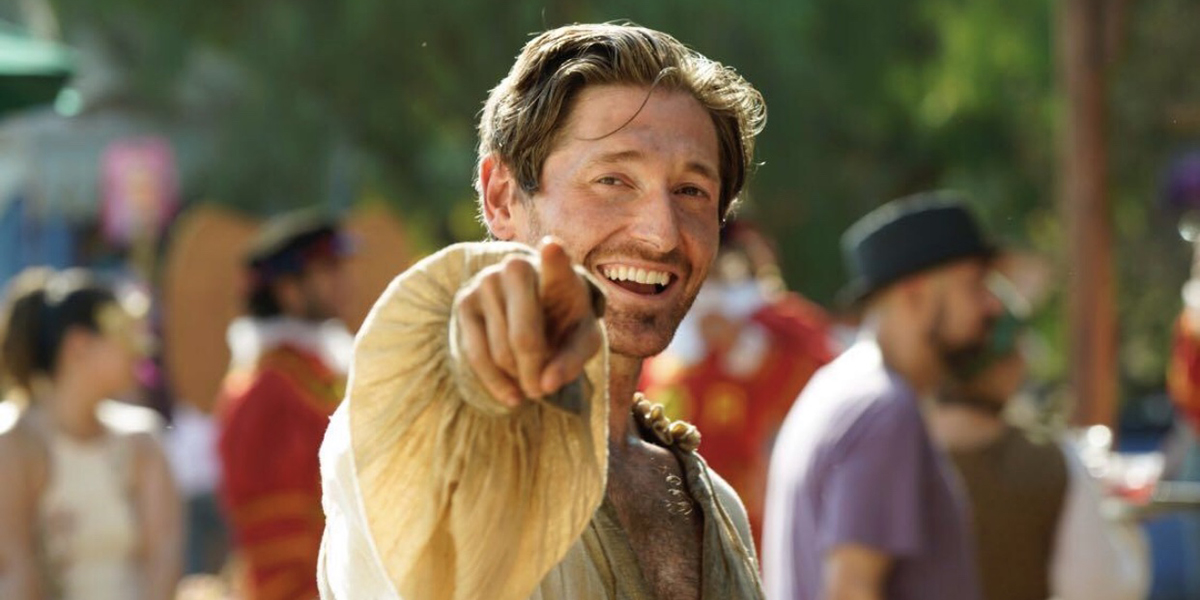 Leona Laurie: I want to talk to you about American Princess, obviously, but honestly I could grill you about your career for hours. It seems like you’ve been in everything.
Jamie Denbo: I always tell people I’ve done one episode of everything good and bad. It’s like when there used to be character actors you’d see on all the shows, over and over again, when you would be babysat by the television in the ’70s. I definitely had a nice run as a career guest star for a long time.

LL: And you made your own show, but did not cast yourself as the star. What’s that all about?
JD: No. I wanted to tell the story from a modern perspective, and in order to do that I really couldn’t cast myself. She had to be someone who was more representative of the millennial generation to tell the story in a way that I thought was relevant. I really think that it works to tell it from a younger person’s point of view.

Also, I just can’t look at myself on camera anymore. I’m not doing anything. There’s no Botox here, and that doesn’t mean I want to see it up close. You know what I mean?

LL: I was just reviewing some of your character arc on Orange Is the New Black (as Ginsberg) and thinking about how I don’t have the kind of humility it would take to play a bare-faced prisoner in 4K.
JD: After that job, I was like “I only want to play prisoners or patients,” because you can either be in pajamas, or uniform, and lying down most of the time and you don’t have to sit in the makeup chair for two hours. So preferable. 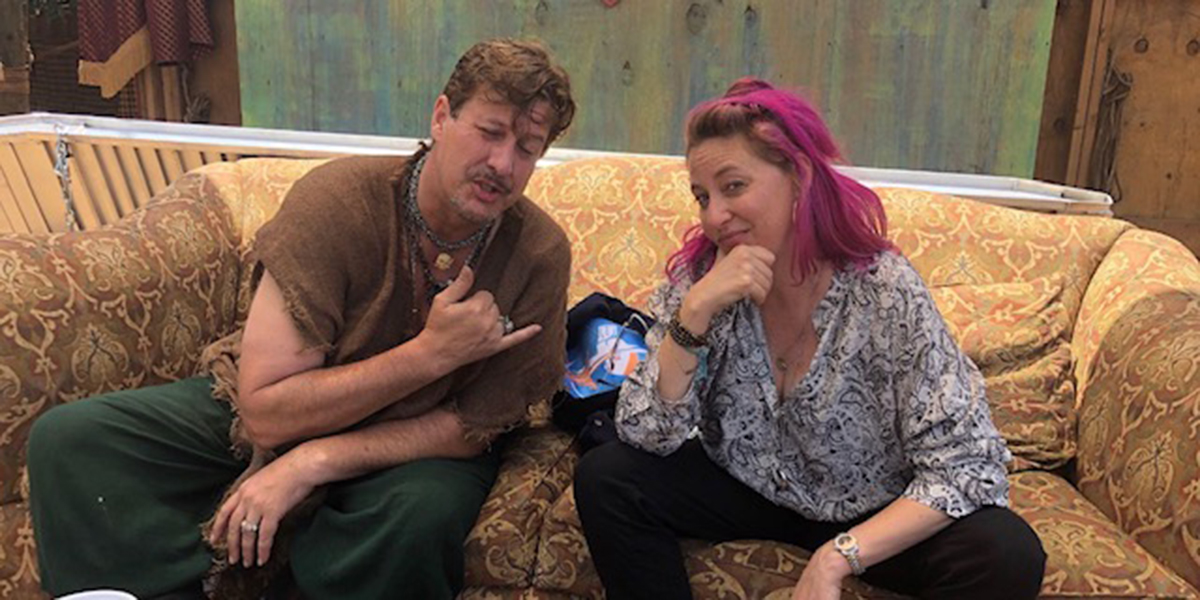 LL: Moving on to American Princess: what was the creative genesis of the show?
JD: It’s inspired by what happened to me, which was that I ran off with the Renaissance Festival. I did that years ago, because I was looking for a summer job, and I didn’t know what to do with my life, and I felt like I was kind of spit out from college with a decent education and no life skills, and I had no idea what to do. So, I thought, “Oh, I’ll just do summer stock for the summer.” But I wasn’t qualified to audition for Williamstown. They weren’t looking for someone with a communications degree and a little bit of improv under their belt.

But it opened my eyes to an entire layer of humanity that I didn’t know existed before. Basically it showed me that there are people who live on the full spectrum of what it means to be an entertainer in the world, and in our country, and people who live very nomadic lifestyles, and people who live (and also act) like kids. They still have a very childlike sensibility, but they’re functional adults. I’d never seen grown-ups playing that much.

So, it was really exciting and enlightening and confusing and delightful, and it’s a story that I wanted to tell for 25 years. It was the left turn in my life that I needed to put me on the different path, and I’m very grateful. The show is really a love letter to the Renaissance Festival community. 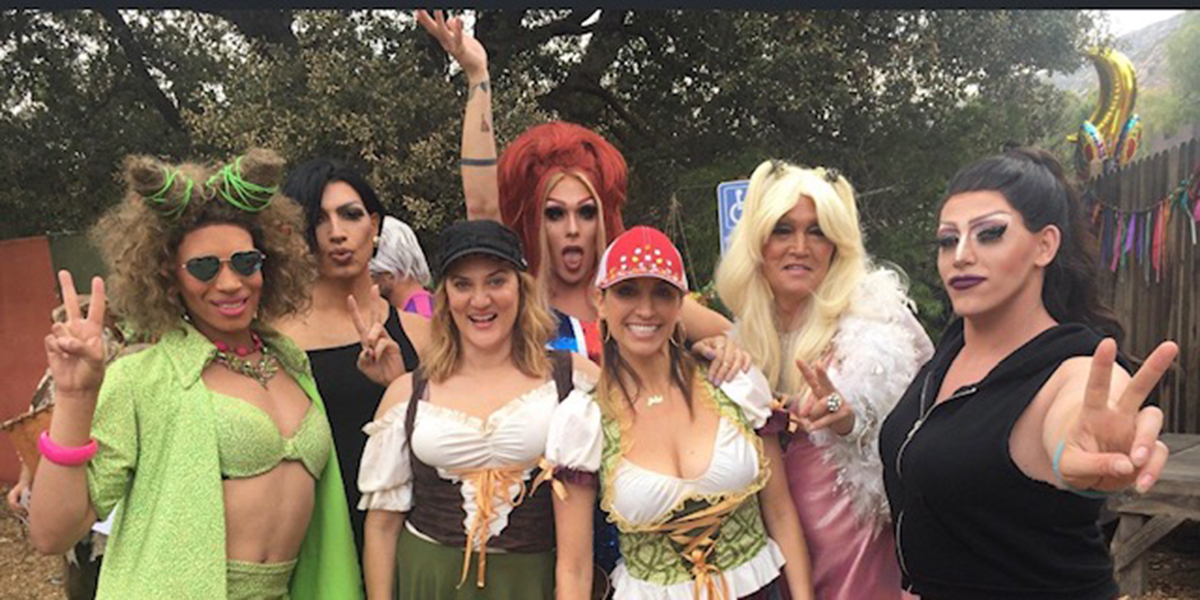 LL: An important part of the show is the backlash the lead character, Amanda, faces from her friends and family for running away with the Renaissance Festival. Is that also reflective of your experience?
JD: Amanda’s is going to be more extreme, because it is the television version. But, I can certainly say with confidence that my family and friends were confused about what I was doing, why I was doing it and where I was doing it. They didn’t understand what it was. They were as confused as I was! They were confused and concerned. This isn’t what a typical, nice Jewish girl from the suburban areas of academic Boston does with her life. She doesn’t run off and dance around in the woods and act like a crazy person.

LL: That must be an East Coast thing, because that’d be totally fine in LA.
JD: Oh definitely. You have to remember, the East Coast is a lot more stodgy– particularly in Boston, where it’s just like cold and dark and academic. If you do act, if you’re going to be an artist, then you’re going to do it in a more sophisticated way. You’re going to run away with the Boston Philharmonic, or possibly go to Broadway.

LL: And the old “I ran away with the Philharmonic” story might not play as well on TV.
JD: Precisely. 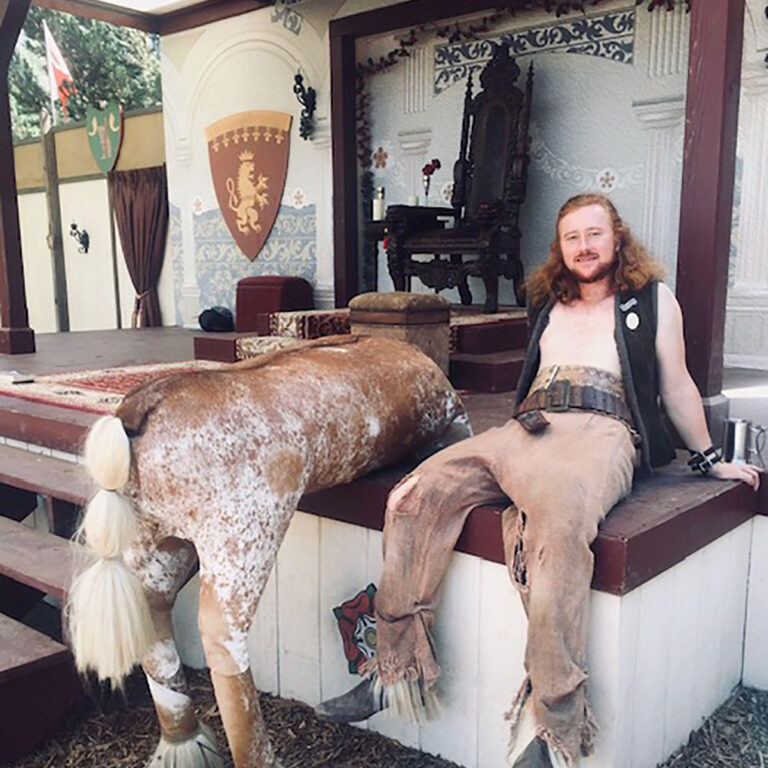 LL: So if you’ve wanted to tell this story for ages, why now? Does it have something to do with Jenji Kohan being Co-Executive Producer?
JD: You know, I got the chance because of my weird career path, and sort of touching all these different projects on the way to this. I got the opportunity to work with Jenji a few times, and we became friends, and I started taking her to the Renaissance Festival, because she hadn’t been. I was like, “Oh, I have a history with this,” so, I think she always knew that I wanted to do something with it.

We revamped it, and we did, and that’s how it happened. Two years later, we’re actually on television, which is pretty cool.

LL: That’s amazing. How involved with the casting of the show were you? Because the cast on this show is fabulous.
JD: Very involved. I’m so glad to hear that you appreciate the casting. I’m so in awe. I love the cast. That’s part of the reason why I don’t want to be an actor anymore, because I love finding talent. It’s such a joy for me. It was a joy for me to use actors I’ve known for a long time. In some cases, to be able to write to them, because I knew who they were, and know what they can do.

It’s also a pleasure, when you find someone, or when you discover someone who comes in and brings an entire new perspective to the role. Before Rory O’Malley came in and read for Shakespeare, in my mind, he was a 70-year-old man and a crotchety curmudgeon. Rory came in and blew us away, and we were like: “Well, nope, that’s Brian. Didn’t realize that.”

The hardest role to cast was Amanda, because if you tell me “find some woman in their 40s,” I can find you 50 who I know and who are brilliant and who would all be incredible. I just don’t know as many women in their 20s who’ve got real comedy chops and really great acting skills, and then are also adorable but not intimidatingly beautiful. We were so lucky when we found George (Georgia Flood), because she really brought the whole thing to Amanda.

One of the most amazing parts of the whole process was getting to find these incredible artists and actors. 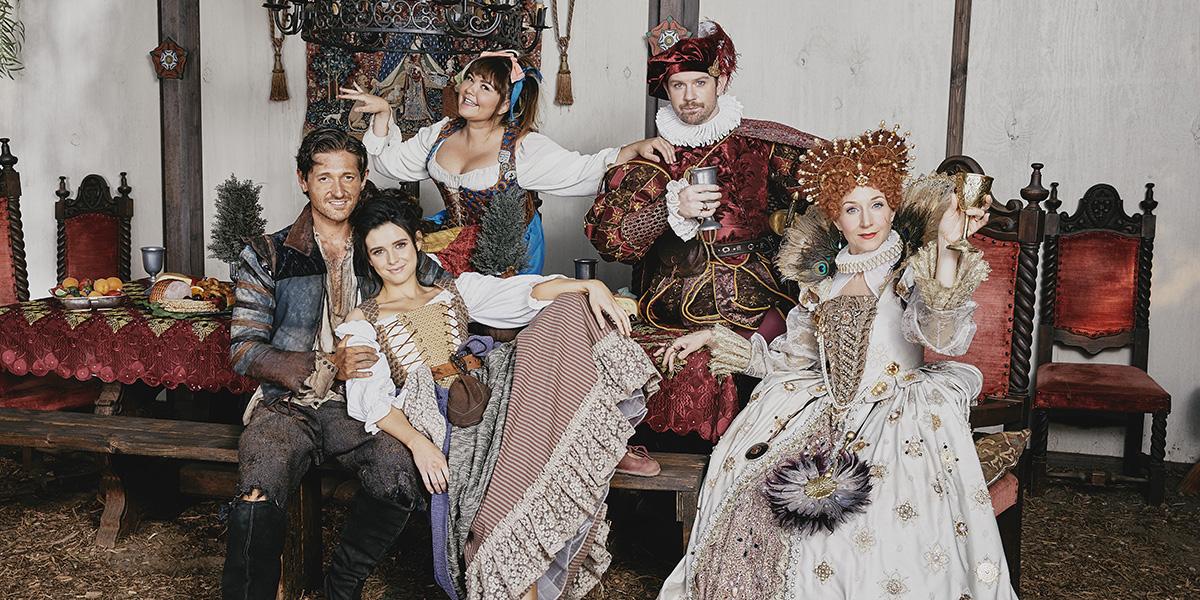 LL: Who are some of the people you’d known a long time and got to write for?
JD: Bringing in some of my old comedy friends to flesh out the cast was one of the greatest pleasures for me. Dannah Phirman came in to play Lulu, Shart’s wife. My friend Betsy Stover came in to play Alicia, one of the queen’s court ladies, and she wound up staying for another six episodes, because she was just so much fun and so brilliant.

I knew Lucas Hazlett, who plays Stick, from another show I worked on, and I really wanted to find something for him, because I just love his look and his whole vibe. The fact that it was actually able to happen was a huge joy for me.

I knew certain people just from the work I’ve done for so many years as a career guest star. I knew Mary Hollis, who plays Delilah, who is just beyond perfection. Whoever doesn’t want a best friend like Delilah, or Mary Hollis, is just not a person who likes people. 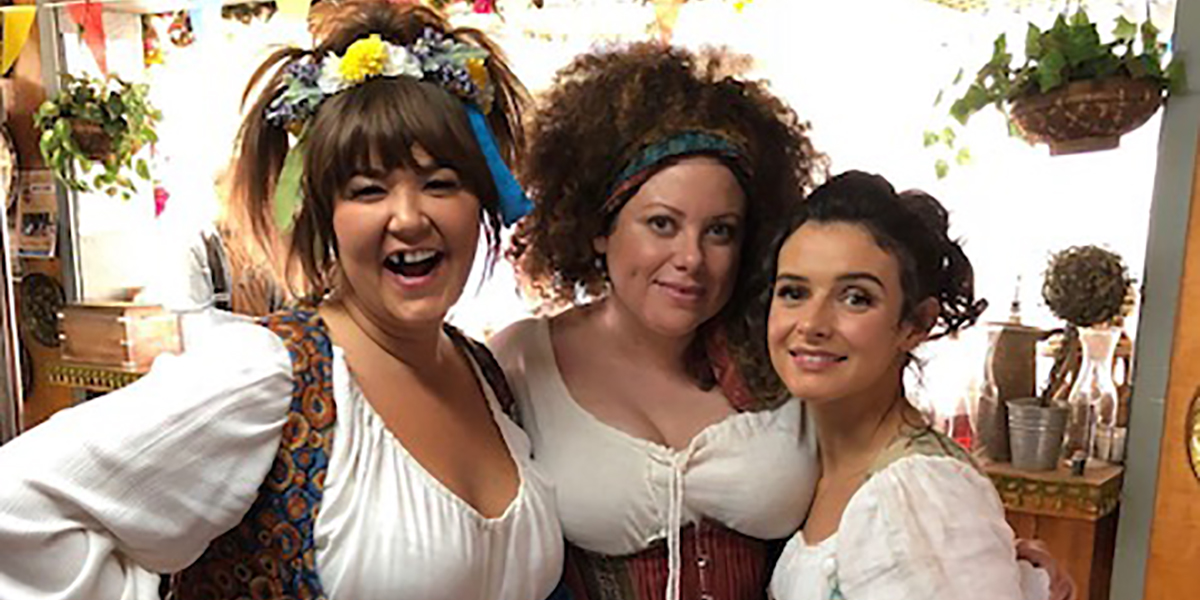 LL: Do you know whether or not there’s a likelihood of a season two yet?
JD: We don’t really have a sense of that. I would say to anyone who’s reading this article, if you could tune in live, that would be awesome– especially if you have a Nielsen Box. All I can tell you is that from a creative standpoint, I love the story that we have and I have more story to tell. I would be thrilled and honored to get a second season. I have lots of cool places to go.

RELATED: You know what should have had a Season 2? HINDSIGHT.

LL: Tell me why you think the show would especially appeal to our readers.
JD: This show is born of a feminist geek, for feminist geeks. When people hear Lifetime, I think they automatically go to soft focus, drippy movies called “Deadly Assistance,” and “Mommy Don’t Hurt Me,” but I assure you that this show is not your typical Lifetime fare. It’s progressive, it’s bold, it’s funny, it’s outrageous and it’s got strong-centered female characters who pass every Bechdel Test backwards and forwards with every episode. 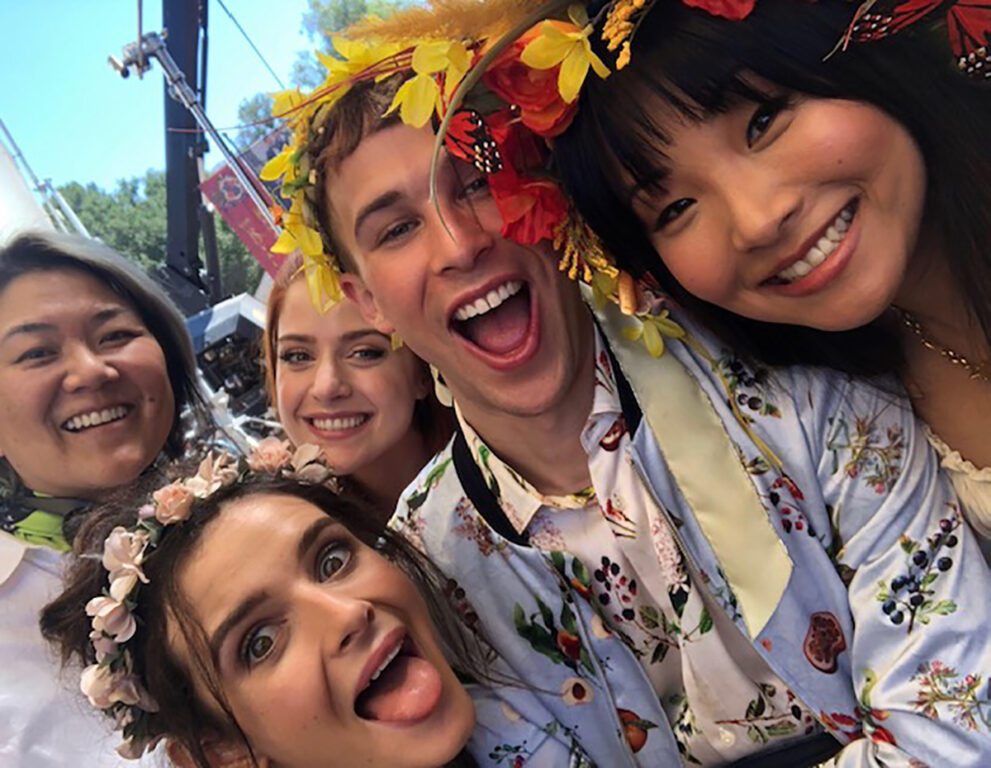 If you’re in the greater LA area, you can catch Jamie moderating the “Improv and Showrunning Panel” at UCB Sunset’s Inner Sanctum this Saturday, June 29, at 2:30 p.m. The all-star panel of her fellow UCB alums is composed of Crazy Ex-Girlfriend’s Rachel Bloom, Key and Peele’s Charlie Sanders, Grown-ish’s Craig Doyle and Bojack Horseman’s Kate Purdy. Tickets are $10.00 and are available here: https://sunset.ucbtheatre.com/performance/69138 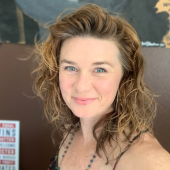