Can you believe that Mean Girls came into our lives 13 years ago? Yes, the teen comedy turned cult classic graced our screens in the mid 2000s. I was but a wee teen myself then, bright eyed and bushy tailed, ready to start high school. Little did I know I would still be incessantly quoting Mean Girls to this day, always laughing giddily over every joke. Mean Girls took on a similar trajectory to 2001’s Josie and the Pussycats: it became an in-depth analysis of adolescent culture that’s just as relevant today. Not to mention it’s also a clever, witty film sculpted by Tina Fey, the Queen of Clever and Witty. Can anyone name a more quotable movie? I’ll wait…

Alright, I’m going to be constructive with my time as I wait for someone to name a more quotable film. I’m nothing if not a multitasker. Below, I’ve conjured a rather fetch list of ten ways to celebrate Mean Girls Day, the holiest of days. October 3rd. You know, the day Aaron Samuels finally acknowledged you.

Don’t listen to Regina George. “Fetch” is going to be the word on the tip of everyone’s tongue this year. Say it loud, say it proud. Chant the word as you would when you say your ten Hail Marys at Mass (I’m not Catholic, so I unfortunately can’t relate to this). “Fetch” is the word we’re using to honor this holy day. Think of it as a verbal homage to the film that started it all.

This one seems pretty obvious. While October 3rd falls on a Tuesday this year, who says you have to reserve your pink wardrobe solely for Wednesdays? Be a rebel. Slap on some baby pink lipstick. Sport those hot pink kitten heels. Don that extra large pink IZOD shirt. You and Cady can be twins!

3. Use The Burn Book to “burn” all that is evil in the world.

Now, hear me out on this one. In Mean Girls, The Plastics use The Burn Book to surreptitiously mock all the girls in their high school. How about taking that idea in a positive direction? We could all use a hefty dose of positivity these days. “Burn” racism, “burn” acts of pure evil, “burn” misogyny and “burn” hate. You’re already a superhero, so utilize your powers for the good of humankind. Just be sure to deck it out in all the pink trimmings.

That plaid skirt your mom gave you from her younger days? Wear it with gusto. Once again, don’t listen to Regina George. Vintage styles are always on rotation – what was once hip and stylish will surely regain the spotlight at some point. The Mean Girls gods can only be paid sufficient tribute in this manner.

5. Make sure to practice for the winter talent show.

Practice makes perfect, right? Time to memorize “Jingle Bell Rock.” Wear the most scantily clad Santa Clause costume you can find. High kick till your legs are on fire. When you’re a Plastic, you’re always the star of the show. Well, unless you’re Kevin G. Then you might want to brush up on your rapping.

RELATED: Love lists? Check this out – Back to Brakebills: Advice Every Magician Needs to Succeed

6. Don’t make out with your second (or third) cousin.

This is just common sense. If they are any relation to you, you probably shouldn’t snog them. This isn’t Game of Thrones, no matter how much we (secretly) sometimes want it to be. Karen may find herself in this predicament, but that doesn’t mean you should. Side note: bride of Dracula costumes are always fetch. 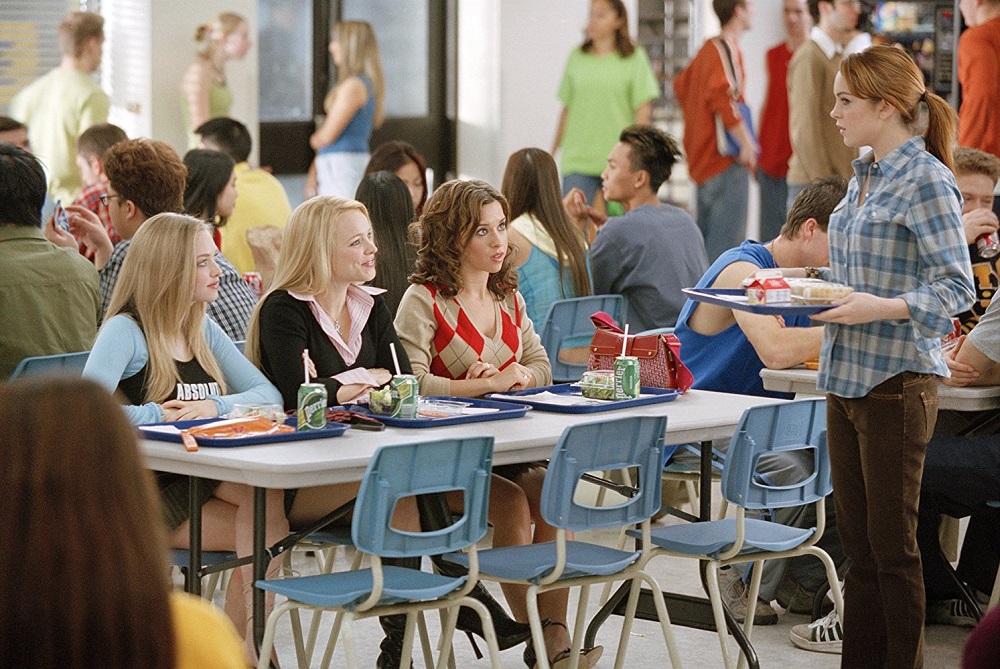 You can sit with us.

Flaunt those big brains of yours! Aaron Samuels will only find you more attractive. Being of sound mind will get you far in life. That outer husk you call a “body?” Newsflash: that will decay and deteriorate over time. Keep your wits about you, lads and lassies. Join the Mathletes. Win all the championships. Finally, remember the limit does not exist.

Ah, Glenn Coco. He’s always on top of it. The epitome of calm and collected, unlike that Gretchen Wieners. So what if her dad invented the toaster strudel? Is his name Glenn Coco? No, my friends, sadly it’s not. Glenn Coco is everything I strive to be as a human being. I mean, John Stamos told him he was pretty on a plane once. Or was that Regina George? Case in point, four for Glenn Coco and none for Gretchen Wieners.

Everyone is a Queen.

That’s right, I’m breaking off a piece of my Homecoming crown and handing it to you. Well, my invisible crown at an imaginary Homecoming dance. You’re all Queens in your own right. The Plastics aren’t the supreme overlords they claim to be. Yes, high school has an unspoken hierarchy in place that’s stood the test of time. However, perhaps it’s time to break the cycle. We’re all human beings – flesh, bone, blood. Someday, we’ll all whither and die (Jeez, who brought Morbid Molly?). Let’s treat each other with kindness and respect. We’re only granted this one fleeting life – let’s use it to lift each other up. Let’s be the Homecoming Queens we’re meant to be.

Every year, when October 3rd blusters in on an autumnal wind, you must sit down and watch Mean Girls. The Mean Girls Day gods call for an annual sacrifice to satiate their hunger, and this is it. Recalling all the fetch jokes. Laughing over one liners with friends. Taking a trip down memory lane to when you were in high school yourself, young and ignorant of the real world. Wear pink. Then, get in your car and go shopping. It’s what Regina George would do.