It Is Happening Again: A TWIN PEAKS Trailer 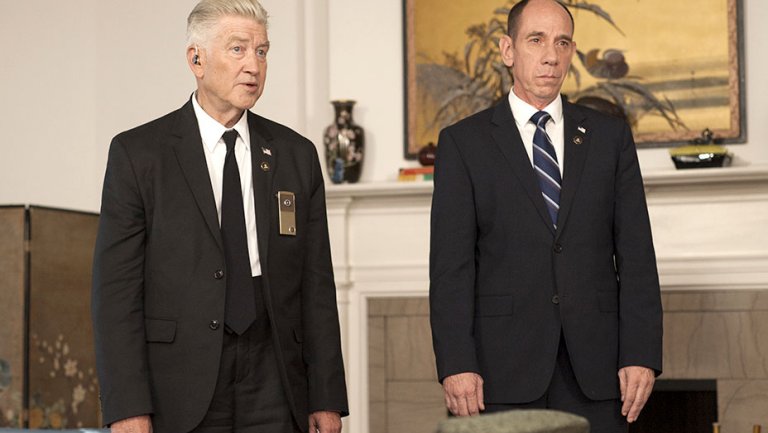 Showtime has released another teaser for Twin Peaks and this time we get a look at some of the new faces who will be joining the veteran cast, led by Kyle MacLachlan (Agent Dale Cooper). We also get a few more words muttered, throughout.

The 18 hour event will premiere in a little over a week, on May 21st, and like the other teasers we’ve seen, not a whole lot of information. David Lynch is notoriously secretive, to the point that the cast didn’t even have their scene partner’s lines. New cast member, Naomi Watts, recently revealed that they would have no idea what was even going on, until they were on set and shooting.

One notable face that will be missed, Miguel Ferrer as FBI Agent Albert Rosenfield. Ferrer passed away just a few months ago, in January.

David Lynch directed every episode and the story picks up 25 years after the events in the original run, which ended in 1991 with a cliffhanger when ABC canceled the show. Every episode of the Twin Peaks return is co-written by Lynch and co-creator, Mark Frost.

The first two installments in the series will air on the 21st, and immediately at their conclusion, Showtime will make the third and fourth available on-demand and via its Showtime Anytime service.

"If dreams disappear, then so will humanity." --Dr

"The Sandman sends us on a bewitching journey, all