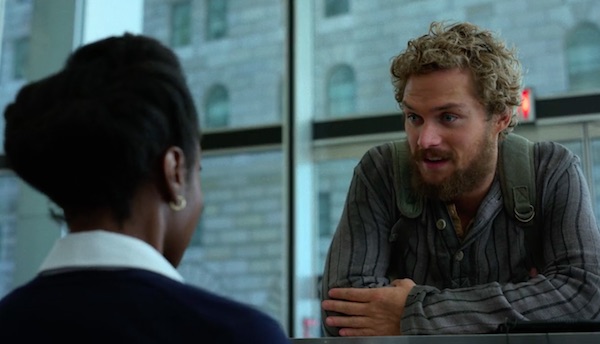 Iron Fist opens on the streets of Manhattan. A shoeless man wanders down the bustling city block. His beard is overgrown, and a bag is slung over his shoulder. This is Danny Rand (Finn Jones). He stares up at a high-rise, “That’s my building!”. A near-by hot dog vendor smirks, “You should sell it and get some shoes”.

Entering the building, Danny looks around with a sense of wide-eyed wonder as he asks to speak with Harold Meachum (David Wenham). Much to his dismay, Danny is immediately thrown out. When he once again tries to gain entry, the security guards surround him. Danny must fight his way around the building security guards, before eventually making his way onto an elevator.

Danny makes his way to the head executive office, where Ward Meachum (Tom Pelphrey) tells him that his father, Harold Meachum is dead. In fact, he’s been dead for years. Furthermore, no one seems to recognize Danny. There’s no way that he can be the missing boy. In fact, Danny Rand has also been dead for years. Rand can only plead his case as he’s once again ushered from the office.

As Danny rides the elevator down, he struggles to keep himself in-check as he sees quick flashbacks of a plane crash.

Later, Danny stares up a Manhattan brownstone. Unable to find the spare key, he effortlessly scales the side of the building. Entering, he slowly looks around. Pictures of the Meachum family line the walls.

Danny flashes back once again, and viewers watch as Danny and the Meachum children play Monopoly on the roof of the house. While Danny and Joy (Jessica Stroup) get along easily, the much older and thus far, unlikable Ward borders on villainous even as a teenager.

The next morning, Danny and Joy meet in front of the brownstone. As they talk, there is the briefest glimmer of recognition in her eyes as she threatens to have Danny arrested. However, when she learns he broke into her house the previous night, Danny backs into the street. A cab barrels down on him, but at the last moment he performs an intricate flip, saving himself.

Later, Danny is mediating in the park. He looks up and meets the eyes of Colleen Wing (Jessica Henwick). The two show a subtle chemistry, but the scene ends quickly as she refuses to give him the job he requests.

As day turns into night, Ward waits for his car. However, as the luxury vehicle pulls up, Danny is behind the wheel. The two men talk, providing the vital exposition needed for the story. It turns out, the entire Rand family was presumed dead in a plane crash years earlier. Suddenly faced with everything he did to Danny when they were kids, Ward shuts down. Danny drives at a break-neck pace through the parking garage, before sideswiping a wall. While Ward sits in shock, Danny quickly bails out of the car. 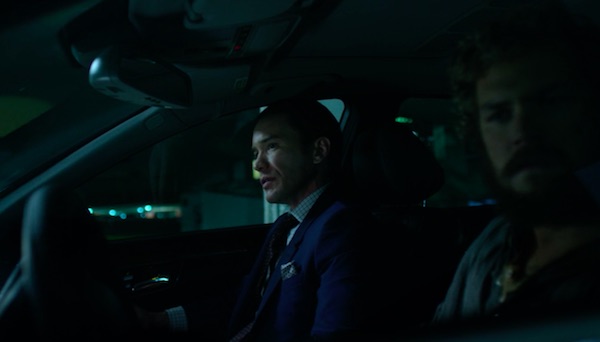 Meanwhile, Colleen is right in the middle of teaching a class at her Dojo. As her students file out, Danny slowly enters. However, she is resistant to believe his story. He leaves, but is quickly jumped by security guards from the Rand building. Why have they been tailing him? Colleen looks out the window in perfect time to see the the intensity of the fight, which she didn’t believe he possessed the skills for only minutes earlier. 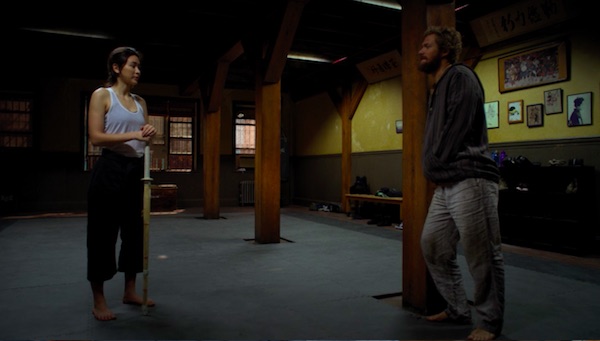 The fight scene expands into a tense chase sequence through the crowded streets of Chinatown. Danny throws on a mask, but one by one fights his way through the goons tailing him. 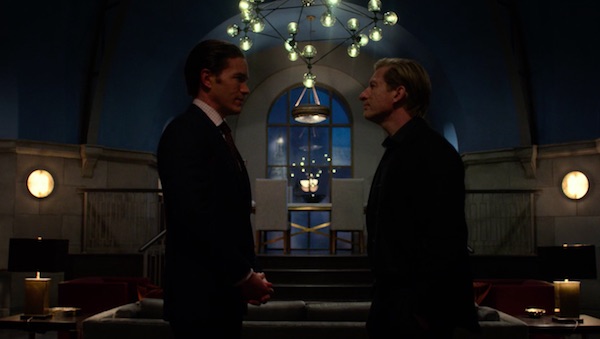 At the same time, Ward receives a call. There’s a problem, and there’s something that he needs to speak to the caller about. He winds through the corridors of a building, ducking through doors and having his fingerprints scanned. Turning a corner, he runs into Harold Meachum. It turns out, the family patriarch isn’t dead. The two men clearly have an antagonistic relationship. They butt heads aggressively as they talk about the Danny Rand problem. What does Danny want? Why has he chosen now to return?

The next morning, Danny once again returns to visit Joy, who has finally been beaten down by his persistence. The two sit down for coffee, and Danny slowly recounts the painful details of the crash. However, as he talks, things grow fuzzy. Danny realizes that he has been drugged, but it’s too late. He stands up to run, but collapses in a heap.

As the episode comes to a close, Danny is unconscious in a hospital. His mind once again flashes back to the crash.

What are your thoughts on the first episode? Shout them out in the comments.