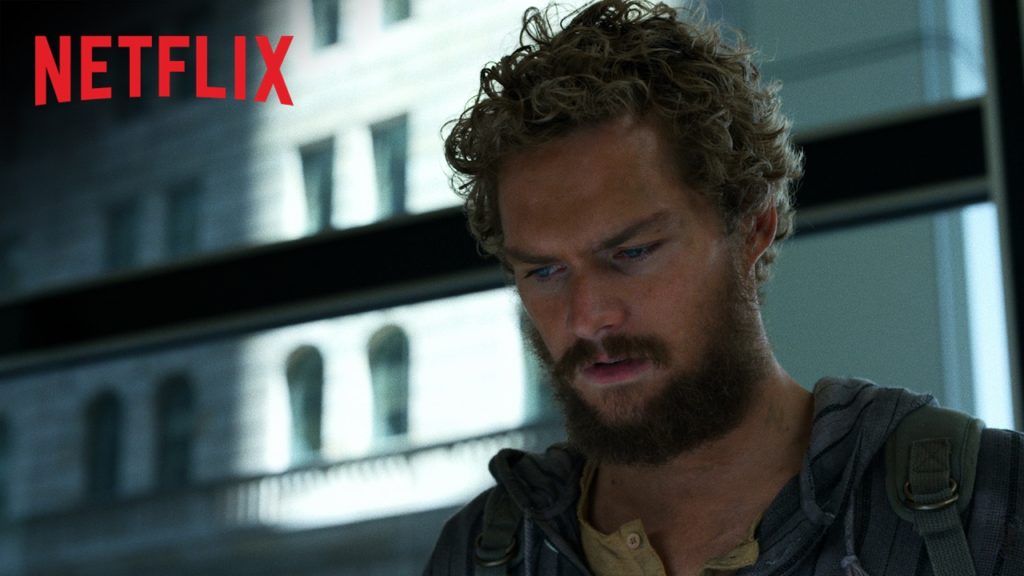 The most recent Marvel series out of Netflix, Iron Fist, is just a month away now and the streaming service released a new trailer for the series just this morning!

In it, we see Danny Rand, as played by Finn Jones, appear at his family company after a ten year absence. No one believes him when he says he’s Danny Rand, and rightfully so, as he’s been believed dead from a plane crash. However, as we see in this trailer, Danny Rand is not dead — he’s been learning martial arts in the mystical city of K’un L’un, of which we also get our first name drop ever for the Marvel Cinematic Universe.

In this trailer, we get our first look at the Meachum family, hear their take on Danny Rand, how they’re not sure they believe or trust him. Along with that, we see Harold Meachum (David Wenham), the man who killed Danny Rand’s parents, standing with blood splatters all over him, indicating to us that he’s still a murderer.

We also get to see much more of Jessica Henwick as Colleen Wing and boy can she kick ass. Not only that, but we get to see her in the iconic white suit that Colleen Wing is known for wearing.

Perhaps best of all, however, is that we get to see Danny Rand unleash the power of his Iron Fist. He tells Claire Temple (Rosario Dawson) who he is, “I’m the Iron Fist,” but that, of course, means nothing to her. The trailer then cuts to Danny Rand charging his chi in his fist and smashing the floor to send shockwaves throughout.

You can watch the trailer, embedded below.