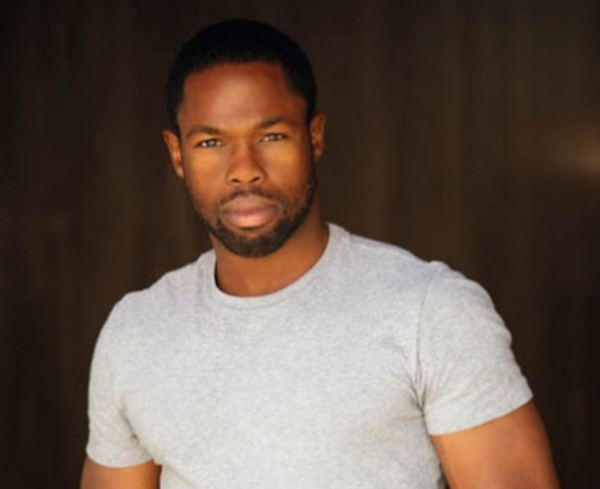 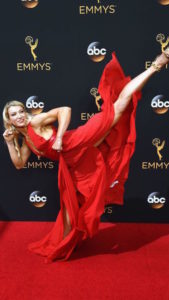 Not to downplay the importance of great actors who really embody awesome action heroes. Who doesn’t love Robert Downey Jr’s Tony Stark? And whether you’re a Gal Gadot fan or a die hard traditionalist for Lynda Carter, there’s been a number of actresses who have really made these characters come to life.

But what about the unsung heroes behind all that? What about the stunt performers throwing the kicks, flying on pulleys and jumping from train to train? With the popularity of Jessie Graff on American Ninja Warrior, we’re starting to see little snippets of what these professionals are capable of. (Jessie currently doubles Melissa Benoist on Supergirl). Just take a look at Jesse in action and then looking badass on the red carpet.

Geek Girl Authority caught up with Kevin Hart’s stunt double, Samuel Jaye Paul, as he shoots a “we-can’t-release-the-name-of-it-yet-but-you’ll-be-hearing-about-it-soon-enough” film in Hawaii. (Actually, that’s not entirely true. You can see the name of it on his IMDB page. Seriously, you should look, it’s pretty exciting.). Anyway, you might have caught glimpses of him in Rush Hour (TV series), Central Intelligence, and Lincoln just to name a few, but it’s more than likely you missed him. After all, it’s his job to stay hidden. Stunt actors are the unsung heroes and greatest secrets of Hollywood. That’s why it’s so cool we get to learn a little bit about this hidden gem. 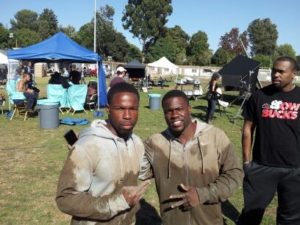 Going by his middle name “Jaye”, he is pretty busy dividing his time between work and fatherhood. We’ll paint a profile for you: standing about 5’5” every inch of him jam packed with muscle. Handsome and humble, he seems to have two notable sides to his personality. There’s the bashful Jaye (This part reveals itself when you throw compliments his way or ask him to talk about why he’s so awesome). And there’s the “kid-Jaye”. That’s the 75% of him who never actually grew up. You’ll know you’re seeing that side when his big brown eyes go really wide and he gets loud and goofy. It’s clear that Jaye loves to laugh and equally loves to turn himself into a goofball in order to make others laugh. He’s not too proud to be silly.

If you were to stand next to him in line at the grocery store, you might assume he’s just a gym rat. But then you wouldn’t know that he could do a standing back flip over the counter, or that he’s actually a first-degree black belt in traditional Chinese Kung Fu/Northern Eagle Claw, and he once used that Kung Fu training to take down an intruder once at Pirates Dinner Adventure in Buena Park, CA, whom he caught rooting through the actor’s dressing rooms trying to steal cash and credit cards.

But Jaye doesn’t dwell on that when he answers our interview questions. 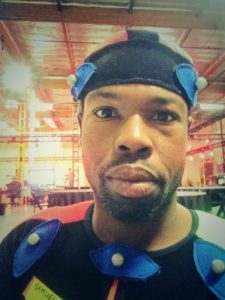 Geek Girl Authority: What exactly is the formula for raising an action hero?

SJP: My family moved to Samoa when I was 2-years-old. After moving to Virginia in the fall of 1987, I discovered that I really liked having a year round summer. I can remember the people! So hospitable and welcoming, always sharing with our family. My parents took the time to make sure my siblings and I got to experience the island: waterfalls, snorkeling, climbing mountains and tropical storms. I can remember my father driving us to the beach to see the waves but they hit our jeep and dragged it toward the water. He decided it was time to go after [that].

GGA: Did growing up on an island influence your career path?

SJP: I can’t say for certain that the south pacific had anything to do with my career choice to become a stunt man. While staying in Samoa, I got into skateboarding, jumping BMX bikes, breakdancing; but all of those things seemed to be a result of the times and what my friends were into. My decision to pursue stunts came much later. But what I do have in common with most of the guys in the stunt world is not knowing that the hobbies I loved participating in would provide me with the skills needed to fill this job description.

SJP: Highlight of my career… it hasn’t happened yet. I do vividly remember my decision to make pursuing stunts my career. Before stunts I had several odd jobs, but I’ve always and still do have a passion for art. I have several other favorite hobbies, but art really defines me. For years I tried to start and run my own T-shirt business. And for about two years I managed to get a very small skateboard company going with some really talented guys. I’m very fond of graphic design, illustrations, fine art, photography, dance, etc.

GGA: C’mon. You must have one highlight. We heard you used to work at Six Flags America.

SJP: Sure. During my 6th year at Six Flags America in Largo, Maryland I had an opportunity to produce, direct, and co-write a show. Because of that experience and the gratitude from the park patrons, I decided to stop actively pursuing my design career and focus on my stunt career. As far as a highlight goes… other than getting married, having a son, and a baby girl on the way, I honestly can’t say that opportunity has come or gone.

If you’re interested in following news on Jaye’s current film, check back here early next year for a full report. But in the mean time, we’ll throw some Jaye Paul links your way: