Inside IndieCade 2017: HERALD: AN INTERACTIVE PERIOD DRAMA – Book I & II

Throughout IndieCade 2017, I had the privilege of playing several of the games featured. One of the games that I demoed was Herald: An Interactive Period Drama- Book I & II. I remembered seeing this game featured inside the IndieCade area of E3 2017, but was unable to demo it then. However, I was lucky enough to have the chance to play it this past weekend.

Herald: An Interactive Period Drama – Book I & II is a choice-driven point and click game set during an alternate version of the 19th century. Throughout the game, you play as Devan Rensburg. Devan is a man of mixed heritage who must recount the story of how he became steward of the HLV Herald. As you relay your tale, you as the player not only get to choose how events take place, but also affect what events will happen in the future. 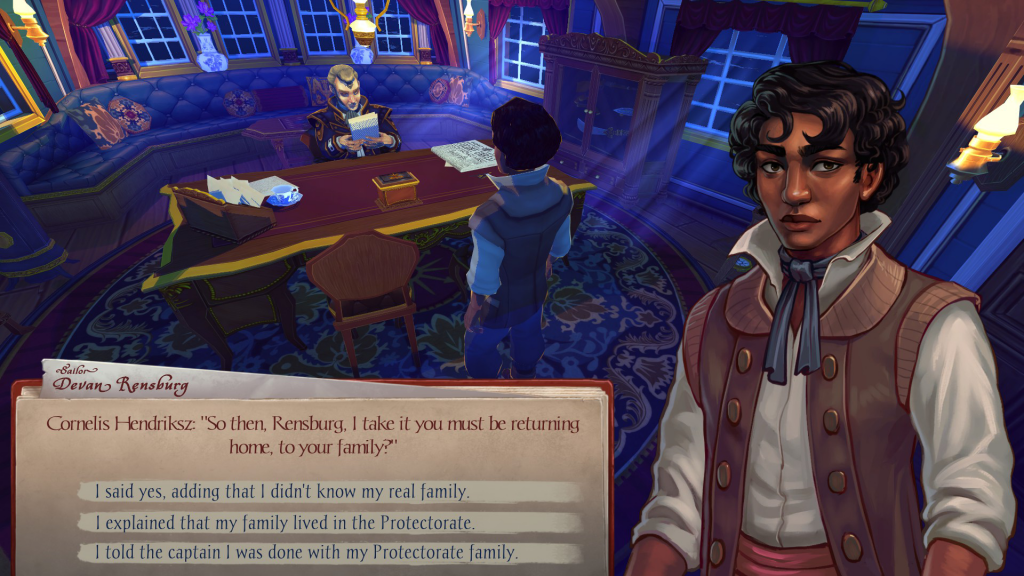 What peaked my interest in the game was it’s beautiful art style. I know the saying “don’t judge a book by it’s cover” but Herald: An Interactive Period Drama – Book I & II‘s was a book cover that I could not ignore. The richness of the colors invokes the shrouded secrets that lay aboard the HLV Herald. Likewise, the character animations stunned me as well. The detail, gentle movement, and facial reactions the characters present remains remarkable. By using layered animation, the characters aboard the HLV Herald feel even more alive. Herald: An Interactive Period Drama – Book I & II‘s captivating art style pairs fittingly with it’s equally engaging narrative.

Additionally, I’ve always been a huge fan of point and click adventure games. The Secret of Monkey Island and Grim Fandango remain two of my all-time favorites. These games were packed with quick-witted dialogue, complex puzzles, and engaging storylines. Playing Herald: An Interactive Period Drama – Book I & II resurfaced the joy I experienced playing those games. A good video game isn’t just about taking down enemies, or achieving the highest score. Narrative remains a crucial element of a good game. 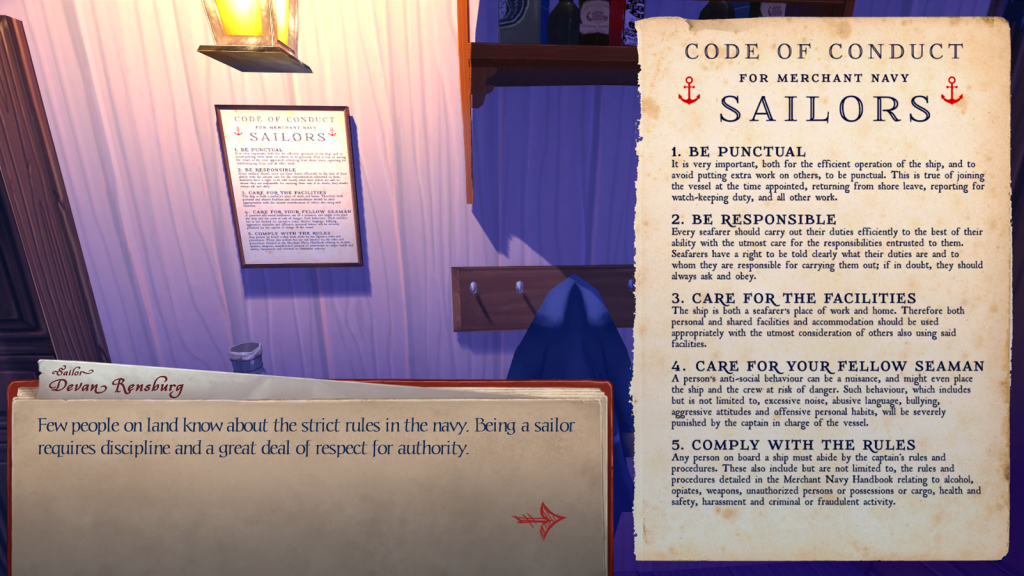 The narrative of Herald: An Interactive Period Drama – Book I & II not only intrigued me with it’s mystery, but also with it’s historical content and social commentary.  In so many video games, the protagonist is usually a white male. Having a man of color, a woman, or even a woman of color protagonist is difficult to find in mainstream major titles. In the game, you are  experiencing the world through Devan’s mixed heritage lens. Additionally, you’re also interacting with other characters of sex and race during the era of Empires. Some individuals sympathize with your perspective. Others challenge you solely based on your race.

Just in the demo alone, I was faced with a difficult decision. Another mixed heritage man like myself, the Second Officer, had taken a pistol from the armory. He expressed to me how he felt  he was never going to be seen as an equal because of his race. All officers should be allowed to hold firearms, why couldn’t he? However, he had stolen the weapon, and it was my job to return it. I was presented a difficult decision to make. Should I allow him to keep the weapon? Do I confiscate it and return it myself? Do I bring it up to the Captain? Whatever choice YOU make, it is YOUR narrative. You are the pen writing Devan Rensburg’s story. 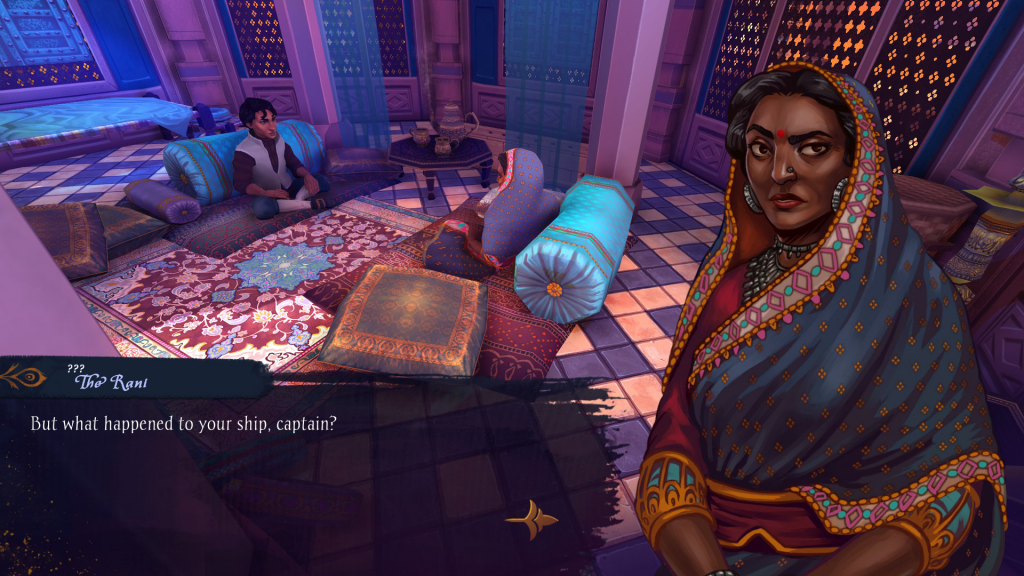 Overall, I highly recommend this game to point and click adventure fans, history buffs, and narrative gamers alike! It is games like this that truly highlight the strength of IndieCade. I was left craving more after the demo ended, and that’s the sign of a good game! I’ve already purchased Herald: An Interactive Period Drama – Book I & II, and cannot wait to continue my adventure.

Herald: An Interactive Period Drama – Book I & II is now available for Mac, Windows, and Linux and can be purchased on STEAM.