It’s back! The 10th Anniversary IndieCade Festival will take place October 6-8 in Little Tokyo, Los Angeles. IndieCade, the organization behind the festival, strives to support and honor indie game creators from all around the world through events that bring focus to these individuals within the gaming community.

If you’ve attended E3 in the last few years, you’ve definitely seen the IndieCade area on the show floor. IndieCade remains one of my favorite areas of E3, because I get to meet individuals and play the games that THEY themselves have created! Games that I’ve played at IndieCade range from side-scrollers, to interactive VR experiences, Augmented Reality adventures, and games that handle real-world issues that prove to be thought provoking AND entertaining. One unique aspect about IndieCade is that the organization doesn’t limit to only Console, PC or Phone games. Additionally, IndieCade covers VR, AR, tabletop, performance art, sports, card games, and even live action role-playing. To quote Stephanie Barish, Chief Executive Officer of IndieCade:

Our commitment to cultivating diverse and innovative games across all mediums has helped thousands of indie game developers gain visibility throughout the past decade. 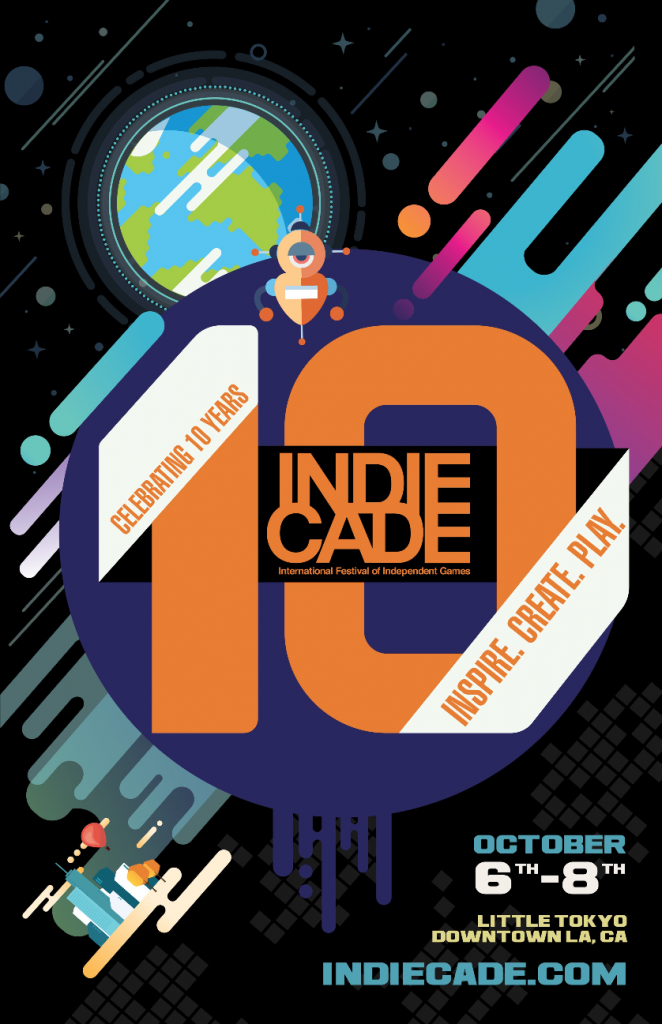