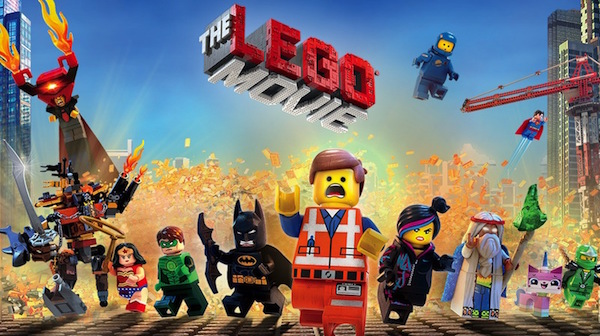 In My Humble Opinion (IMHO)
by Chris Morris

*Full Disclosure: I have only seen four of the eight Best Picture nominees (I have yet to see American Sniper, Selma, The Theory of Everything or Whiplash) and there are a few other films from 2014 I have yet to see, like Nightcrawler, Snowpiercer, Top Five, A Most Violent Year, etc. So this list could change, if not physically then in my mind at some point…

I had been looking forward to for a long time and it didn’t disappoint. Michael Keaton was ripe for a comeback. Emma Stone is always wonderful. Ed Norton is the best, stealing the whole movie. The idea that the movie is done in a couple really long takes (it’s not but it looks that way). The anti-critics rants are a bit much but it doesn’t take away from the overall greatness of the film.

Richard Linklater’s epic movie filmed over 12 years has been criticized for not having an overall point. It’s just a movie about a family and their lives over that time period. But that’s what I liked about it. It was interesting following Mason, his sister Samantha and mother Olivia as they progressed through life. There is drama, humor and most of all heart that makes this more than just a $4 million film school experiment.

This movie caught a lot of people by surprise. Sure, a Tom Cruise movie, a summer release, sci-fi action adventure, a sure fire blockbuster- what else you got? These come and go and are hit and miss. Even last year’s Oblivion was good but not great. And EoT was even beaten at the box office the weekend it came out by “The Fault in Our Stars”; that shocked a lot of people. Edge of Tomorrow (or “Live. Die. Repeat.” As WB has re-dubbed it, acknowledging what a horrible title EoT is) started to get buzz as a hidden gem, as ‘hidden’ as a Tom Cruise summer release can be. And it is great. Now referred to as the “Sci-fi war version of Groundhog Day” it is a lot funnier than most, if not all, Cruise movies (well, maybe not “Tropic Thunder”) and that element goes along way. Some hated the “Timey-whimey” ending but c’mon, it’s still a Tom Cruise movie, people…

The Fault in Our Stars

Be warned: this is a tearjerker. It’s a movie about kids with cancer. And there is no happy ending. Still here? How could this movie be enjoyable at all? One answer: Shailene Woodley. Her smile, even while dragging around that oxygen tank the whole film, is like the light from a lighthouse that guides us through the film through the rocky shores of a potentially depressing movie. Bring Kleenex, especially for the “Eulogy” scene. (see I told you there wasn’t a happy ending)

Guardians of the Galaxy

The movie everyone was waiting to pounce on as the first Marvel Studios flop…now that honour seems to be going to “Ant-Man”…but this “Guardians” was no flop. From the old school music to the distinct personalities for each character to the humour, oh the humour…(hear that DC/WB? HUMOUR!). A film with a talking raccoon and a walking tree and a cameo by Howard the Duck…in retrospect how could anyone think this would be a flop? Admittedly it took me two viewings but I found the pure joy that this movie was offering me, and I thank them for that. Now if Marvel could just make a film with a female lead, or someone not-white (or hell, someone not named Chris) and we’ll be all good…

This is a late addition to the list. I have a hard time with historical dramas. I admire them as I watch them but then find out how the screenwriters and director changed names, places, whole scenes and and some characters are complete fiction. I had a real problem with “Foxcatcher” this year because of this. How much is “creative liberty” and how much is ‘lying’ to tell the story you want to tell.

I can forgive this film for that (apparently this film is guilty of fictionalizing a lot of things, including Alan Turing’s twitchy personality) as I understand it takes place over many years and most likely would include more than six people to crack something as massive as the Enigma machine (all of them, as in reality there were many Enigma machines, not just one…). Whereas “Foxcatcher” is about three people and a lot of stuff they manipulate is public record, not in sealed Classified documents.

Digression aside, Benedict Cumberbatch is great here, as is Keira Knightley, who I am not a huge fan of, but she did a great job. Add in Charles Dance, Mark Strong, Matthew Goode and Goode’s cigarettes (who give a performance all their own, hopefully they are remembered when it comes time to give out Best Cast Ensemble) and you have something great.

On top of all that, this isn’t really a film about Englishmen de-coding the Enigma machine. It’s about Gay rights and how homosexuals have been treated over the years. It’s especially distressing since the events in this movie weren’t THAT long ago. The last few scenes are heartbreaking, so be warned. This might be a film I flip-flop on later, but as of today, I really admire this film…

The Lego Movie
**NOT nominated for Best Animated Film

I mentioned “pure joy” earlier when talking about Guardians of the Galaxy. This movie also makes me think of those two words (ironically both movies starred Chris Pratt). I left the movie theatre singing THAT song, joy in my heart, and that doesn’t happen too often. Repeated viewing may take away from it’s greatness (as I hear from my friends who are parents and their kids watch it over and over) and the live-action stuff slows the movie down, but overall this film is…well, again “pure joy”. And it should have at least been nominated for Best Animated Film, although to be fair I haven’t seen any of the films that were nominated…

PS THAT song WAS nominated for Best Original Song, so if you are tuning into the Oscars, be prepared to hear it again…probably with a choir and orchestra backing it up. Should be…awesome…I couldn’t help it…had to do it…

Life Itself
**NOT nominated for Best Documentary

I have always been a fan of Roger Ebert. I may even go as far to say he was a hero of mine. Usually when I say that people are like “That fat movie reviewer? Why?” Well watch this movie and you’ll figure out why.

I loved the banter of Siskel and Ebert as a kid when they talked about films, then later Ebert & Roeper but when cancer took his voice (and his jaw) away from him, he kept going. Cancer didn’t take his fingers or his brain or his soul. Or his spirit, until the very end.

This doc covers his life and shows how he and his wife Chaz dealt with the last few months of his life, struggling with a broken hip that just sort of happened and still typing away, reviewing movies and living as much as he can, seemingly aware that death was close behind. Roger Ebert was a great man and this great doc shows that to the world.

Be warned: one is a comedy about suicide. The other is a comedy about abortion. Not sure why I felt like these two deserved a spot together. Both are low budget and rely heavily on their dialogue, humor and pathos.

Bill Hader and Kristen Wiig are fantastic as The Skeleton Twins who love each other but also annoy each other and argue and talk and sing and, like most siblings, have a very complicated relationship. In “Obvious Child” Jenny Slate plays a stand up comedienne who gets dumped, has a one-night stand and gets pregnant.

Unlike most films about this subject, seemingly at no point does Slate’s character think she ISN’T having an abortion. She’s made up her mind; it’s the rest of her friends and family whose reactions are complicated.

But it’s those relationships that are the heart of this film; as well as “Skeleton Twins”. Most films like these show you the anger but you don’t see why the main characters love each other. You don’t see them having fun, enjoying each other’s company, lipsyncing songs, joking around, loving each other despite each other’s flaws.

These movies show us the high-highs and low-lows. Jenny Slate is tremendous in “Child”, as are her father Richard Kind, friend Gabby Hoffman and one-night-stand Jake Lacy. And Hader and Wiig’s chemistry is the glue that holds “Twins” together. And Luke Wilson is perfectly cast here. Not often I say that…

The Trip to Italy

I am late to the game on Steve Coogan. Until recently I only knew him as the guy from “Hamlet 2” and the director from Tropic Thunder. I remember (a long time ago) renting A Cock and Bull Story from a Blockbuster but I never watched it and ended up returning it. If I had watched it back then I would have discovered Coogan much sooner.

This year I watched The Trip, his TV series turned movie with Rob Brydon and loved it. Then came the sequel, The Trip to Italy and I liked it a lot, possibly more, than the first. Their chemistry together is fantastic and real friendship shines through. The first movie had more of an overall story arc with Coogan and the sequel just kind of ends, which would be my only complaint. But only because I wanted more and more of these characters, their adventures and mostly, their impressions.

Captain America: The Winter Solider
Chef
Fury
Grand Budapest Hotel
Lust for Love (full disclosure: I had a very, very, very, very small part in making this film, so I may be biased but I love this quirky little romantic comedy. You should check it out..)
Nightcrawler
Snowpiercer
St. Vincent
Tusk
Under the Skin