The Hulk To Get Expanded Storylines in THOR: RAGNAROK, AVENGERS: INFINITY WAR and UNTITLED AVENGERS

Think back to 2015. Avengers: Age of Ultron is in theatres. You’re in the audience, excited to see the birth of The Vision (Paul Bethany), excited to see Quicksilver and Scarlet Witch (Evan Peters and Elizabeth Olsen, respectively) use their powers, and eager to see all of the Avengers take on this evil AI — Ultron, as played by James Spader.

And then you’re surprised that Black Widow (Scarlet Johansson) and Hulk (Mark Ruffalo) are falling for each other. And in the middle of you trying to figure out if you like this pairing or not, as the movie comes to an end, Hulk takes off by himself in a quintet, leaving Widow behind without explanation. We can only assume it’s because Bruce Banner and Hulk have figure out just how truly dangerous he is, so it’s better to get as far away and isolated as possible. 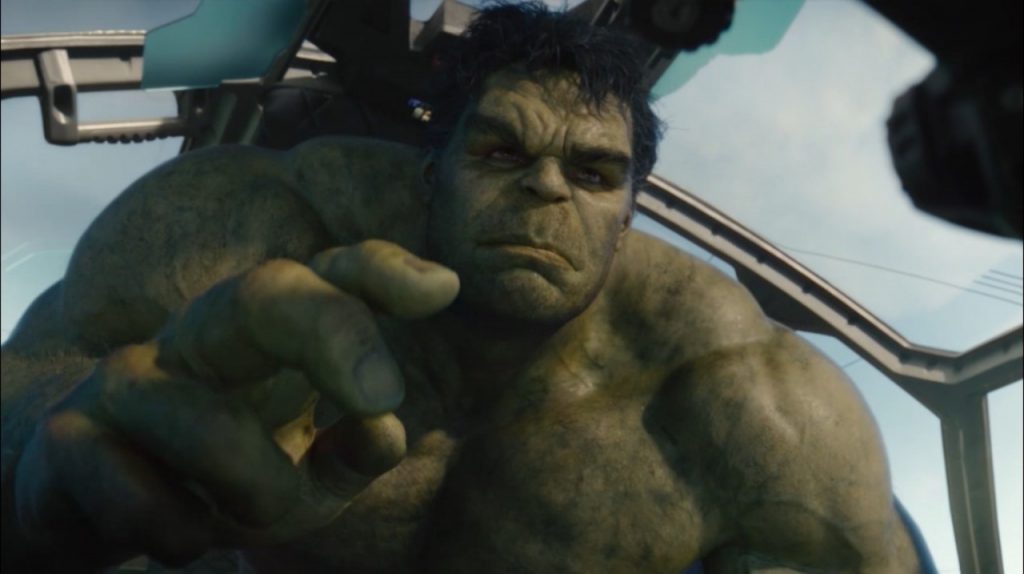 And now, in 2017, as we arrive on the threshold of the November release for Thor: Ragnarok, we are faced with the possibility we will discover what happened to Hulk post Age of Ultron. Apparently, he’s somehow been on Sakaar this whole time, fighting in the Grandmaster’s gladiator games.

That is, the disappearing act he pulled in Age of Ultron was a very small first step towards what is becoming a bit more of an epic storyline for Hulk. While we know it started with him going into self-exile due to just how dangerous he is, it appears to be heading in a direction of self-discovery and full Hulk/Banner integration. That is, Banner and Hulk are both afraid of each other as they are each other’s worst enemies — but if they can learn to work together, they could be truly unstoppable.

In other words — smart Hulk.

And what better place for Banner and Hulk to learn how to cooperate than Sakaar, where the whole point of that place is to stretch your limbs and destroy everything and everyone.

“There’s a huge change for Hulk & for Banner & it doesn’t get resolved in the first #InfinityWar…” – @MarkRuffalo #D23Expo via @Fandango pic.twitter.com/LzbMtTlzZi