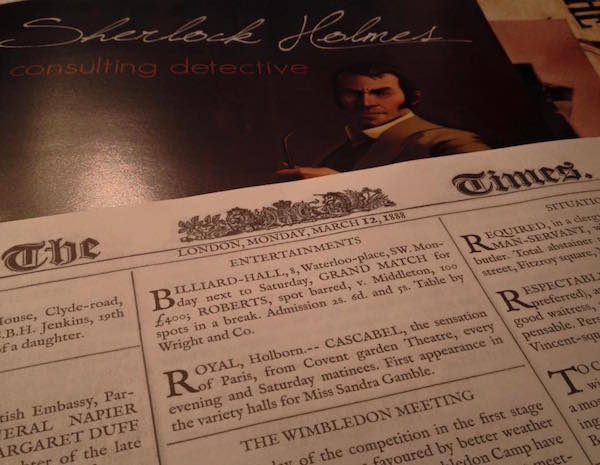 Would you like to go back in time to match your wits with the the coolest detective of all time? 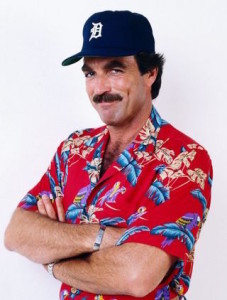 Then I suggest you hop in your DeLorean and go play some checkers with Magnum P.I.  Would you like to go back in time and have your wits embarrassed by the the best detective of all time? Then try Asmodee’s Sherlock Holmes, Consulting Detective. I’ve had my eyes on this game for a while, but was hesitant to try it because it didn’t appear to be a “real” board game. Now that I have, I realize what I fool I was to wait this long.

SHCD is for 1-8 players and can be played competitively or as a co-op game. The game comes with 10 cases to solve, along with 10 newspapers corresponding to the dates of the respective crimes. There is also a directory showing the location of all the city’s businesses and inhabitants, as well as map of London which helps you pin down or expose suspects’ alibis, or just get a sense of how events may have transpired. Each case has its own book, which contains leads to explore and, ultimately, the chance to solve the crime and compare your methods to those of Detective Holmes.

Players take the role of members of the Baker Street Irregulars – a group of street urchins who are employed by Holmes to assist him in solving crimes. The game feels like a “choose your own adventure” novel, in that you decide where you want to go or who you want to talk to next, and then flip to that portion of the book to see what you found out. Each of these choices constitutes a lead that you are following. You keep a record of how many leads you follow and you can stop at any time if you think you have solved the mystery. Then, you check the back of the book to answer questions about the crime. Once you stop, however, you won’t be able to continue, because have seen the solution. 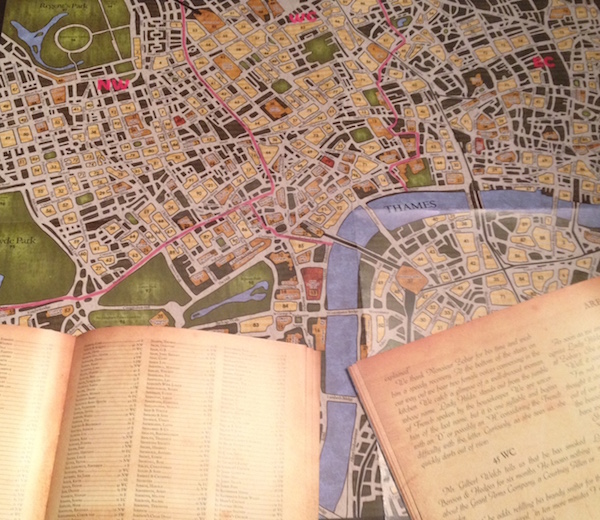 I played the first mystery, The Munitions Magnate, solo. Later, I watched my wife and son give it a try as a team. As competitive (and ultimately unwarrantedly impressed by my own intelligence) as I am, I thought I might just be able to solve the crime correctly and in the same number of leads as Sherlock, which I assumed was few. This was despite the many reviews and articles I had researched where I was told that this is impossible, or nearly so.

So, after hearing the circumstances involving the murder and reading the daily news stories, I set off to explore leads based on my own theory of the crime. After 4 leads I thought I knew who did it and why. By the 5th lead I was certain. Just to be safe, however, I kept going so that I didn’t prematurely ruin my experience after only 30 minutes of playing. Well, 15 leads later I realized my solution (though highly plausible) was wrong. Further, I still wasn’t sure who did it, though my short list of suspects ultimately contained the true killer. When I answered the questions in the back of the book and checked the solution, I realized the fatal errors in my investigation. Then, when I saw how easily Holmes solved the murder, I was like, “HTF?” It was only then that the reality of what I had seen in the other reviews set in – beating Holmes’ time IS most likely impossible, at least for me. I immediately vowed to take my time with the next mystery, The Tin Soldier, which I can’t wait to try. 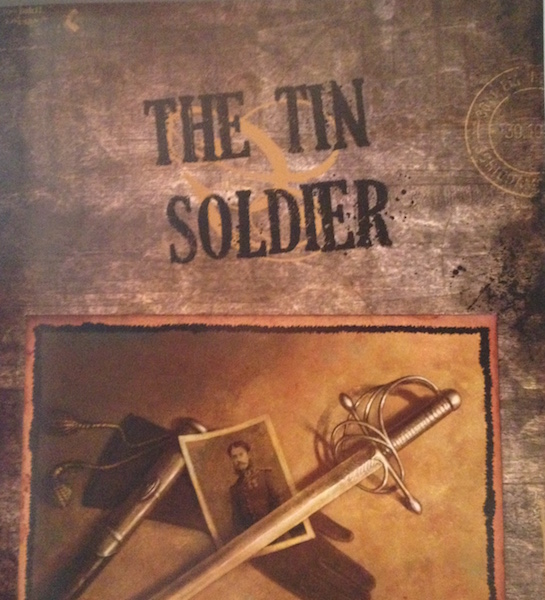 Later, when my wife and son were playing, they took heed of my warning and concentrated on accuracy more than speed. I found it interesting that my son thought he had figured out the crime in the same way I had, and in about as many leads. He announced he was “100% certain” he knew who did it. (Like father, like son, poor kid) He made note, as I did, of his conclusion, but they pressed on. Ultimately, after 15 or so leads, they actually were able to correctly solve the crime, though nowhere near as quickly and easily as Holmes did. 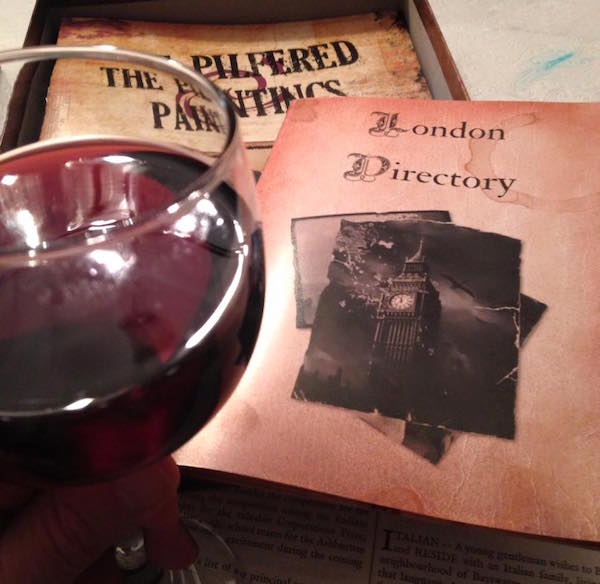 I have to say, my experience with SHCD has been extremely satisfying so far, both playing and watching. I have heard that there may be trouble with some of the wording in the third mystery, The Mystified Murderess, but Board Game Geek’s website has replacement pages that supposedly fix it.  I will say that while the game could be played with up to 8 people, it seems that solo or just a couple of players would be the ideal number. I think too many people would drag out the play time painfully for most. A well reasoned group of 2 to 3 players would be ideal, in my opinion. If you haven’t checked this game out, you really should. SHCD places you squarely in Holmes’ world, with a chance (however minute) to see if you can hang with – sweet mustache, chest hair, and Hawaiian shirt aside – the greatest detective known to human kind.

Thanks for reading, and never stop nerding on!