EW Readers: Settlers of Catan is NOT Monopoly! 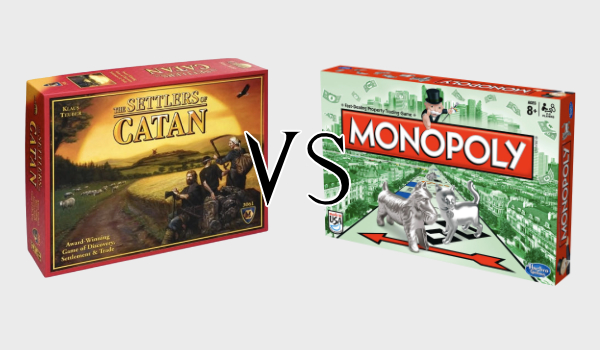 The board game community has been kicked in the gut by a single phrase, “think Monopoly.”

Awards season kicked off last night with the Golden Globes and you can be sure those VIP after parties were on point.  But while probably all of Hollywood was dancing the night away, one of my favorite celebrity couples, Kristen Bell and Dax Shepard, did just what I would do: GAME NIGHT!

Kristen Bell shared an adorable photo on her Instagram of the pair setting up another one of my favorites, Settlers of Catan. The Golden Globe Awards Twitter account even posted a little video interview where Bell and Shepard both gushed about it saying it’s a “wonderful, intense, strategy-driven” game and “the nerdiest, wonderful, two-hour” game, respectively. Great words to describe a board gamer favorite.

Entertainment Weekly, however, did not at all have great words for describing the game. Yesterday they posted an article commenting on the Bell/Shepard red carpet interview and used the words “think Monopoly” to describe the game to their readers. Seriously, here it is in black and white:

Yikes! Not trying to be a game snob here, but anyone who actually enjoys playing legit board games knows that Monopoly is not really viewed as an actual legit board game and should never, ever be compared to Settlers. I mean, I guess they did get one thing right. They are both multiplayer board games and that is where the comparison ends. EW is awesome for lots of things but as far as reporting on board games, probably should leave that to GGA, guys.