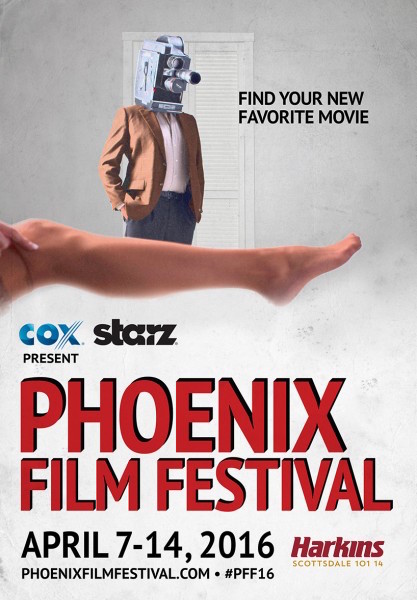 As in many years before, the Phoenix Film Festival (PFF) has grown, and the selection of films has increased in quality and controversy. This year’s film festival happened to be the biggest one yet, as, among other things, they expanded their program on the weekdays. After announcing the winners, PFF and the International Horror and Sci-Fi Film Festival (IHSFF) happened to provide an abundance of quality viewing, and broke records with Saturday’s attendance.

Once again, this happens to be one of the friendliest film festivals one can attend with both talent and audience having a great appreciation for one another. Filmmakers had no problems stepping outside of the Q&As, personally answering questions by individuals, and even consenting to selfies. Parties were aplenty, along with industry seminars and nightly entertainment. A big shout out to Executive Director Jason Carney, his team leaders and volunteers for keeping the whole affair running smoothly.

What makes this film festival stand out from so many others is not only the filmmaker-friendly atmosphere, but the eclectic choice of movies provided. PFF/IHSFF does not flinch when it comes to controversy, in fact they may just welcome it. That’s what makes attending so damn interesting. Yes, there is plenty of entertainment to be had – choice dramas, arresting documentaries, enjoyable comedies, and an array of entertaining short films. But there are also the fringe films that garner intense reactions that leave people talking long after the houselights come up.

Two of those films were present at the 10th anniversary of IHSFF, and what a way to celebrate – two diametrically opposed films that managed to shock and polarize. One bringing to the screen a high art to the horror genre, the likes that have not been seen since David Lynch’s Eraserhead and Roman Polanski’s Repulsion, while the other wallowed in its unabashed, and to some, offensive, low-brow humor where “anything goes,” and it did. 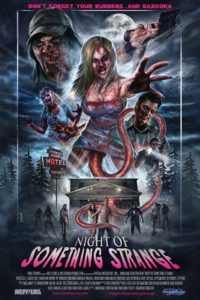 Jonathan Straiton’s Night of Something Strange is an apropos title for this outrageous horror film that appears to be out to offend everyone or just out to entertain the audiences that miss the bad ol’ days of John Waters, only with slightly better production values. Its opening night did not go well with more than half the audience walking out, and some women patrons cursing as they left the theater. But a combination of the word getting out, and the horror geeks arriving in droves the next day, delivered the audience that Straiton’s film needed.

Night of Something Strange has a simple premise; a zombie-like STD wreaks havoc in an out-of-the-way motel during spring break, and only the strong and resilient will survive. At least that’s what one would think. But…nah. Potential heroes, both male and female, get put through the meat grinder and spat out in the most gruesome manner. Hell, the first ten minutes has necrophilia, rape and castration all played for laughs! And Saturday’s audience ate it up with a fervor. Monster penises, teeth baring vaginas, bloody prophylactics, wet farts, and eaten used tampons litter the screen in this amalgamation of soft-porn horror that garners giggles from the right audience. 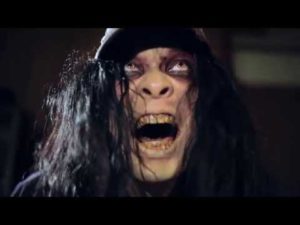 This is a “dare you” film. Kids will be daring their friends to watch without flinching or losing their lunch. Straiton’s film could easily be described as misogynistic, homophobic, juvenile, outright offensive and repulsive, but it could also develop an unusual cult following for those that revel in this kind of side show. The director claims to have been influenced by Fred Dekker’sNight of the Creeps, the 1988 remake ofThe Blob and the original The Texas Chainsaw Massacre, and one can see the influences. But Straiton and company also wanted to go for broke with the outrageous factor, and found the whole affair to be just a fun jaunt, without the intention of hurting anybody.

For a low budget film, the effects team is to be commended. In fact, so are the actors that went way above and beyond to endure the amount of blood, vomit, and humility required of them. On the other hand, the make-up gets more laughs than gasps. This competition film struck such a chord with its core audience that it led to winning Best Horror Film. Straiton and his film came out like Rocky, swinging away, and eventually winning the dark hearts of a great many. It may behoove the distributor to hand out vomit bags as a precaution, a la the great William Castle. But then perhaps it would be more of a service than a publicity stunt. 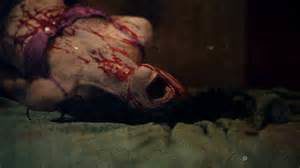 Then there is the stand-out showcase film featuring Nicolas Pesce’s directorial debut, The Eyes of My Mother, which riveted the audience, and as mentioned before, appeared to be the hellish baby of David Lynch (Eraserhead), Roman Polanski (Repulsion) and early Alfred Hitchcock. The film caused quite a bit of talk at Sundance with critics an audiences finding it either too disturbing or brilliantly beautiful.

Pesce’s movie is not easy to endure with its tale following a broken woman from adolescence to adulthood being raised in a secluded environment on a farm by her mother, a retired surgeon. The mother is insistent on teaching her daughter about anatomy (with the cattle, no less), and to accept death with open arms. With seclusion, an unusual upbringing, and a horrible incident that effects the child adversely, we are subjected to the creation of a very complex character that is driven to murder.

The film is made up of three parts, very much like a Kubrick film, with “The Mother,” “The Father,” and “The Family.” Each episode becomes more shocking with the depiction of this damaged soul fighting back her loneliness. Kika Magalhaes is riveting as the young woman, Francisca, who achingly grows into adulthood seeking what she yearns for most – a family. Her portrayal is like a high-wire act that is both unnerving and sympathetic. Somehow, she and the director have channeled the mystery of expression that shrouded the great German expressionistic silent films of the 1920s. Some have even compared her performance to Eihi Shiina from Takashi Miike’sAudition. 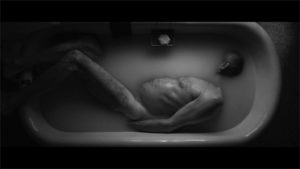 Pesce’s opening sets the pace with an extreme wide shot of a lone figure wandering on a deserted highway with a dense forest background. From the start, it’s easy to tell this is not going to be a normal film. We have similar imagery in the final scene in The Texas Chainsaw Massacre and the beginning of the controversial French classicMartyrs, but what sets Pesce’s film apart from those is its bizarre sense of serenity. The sound almost feels like we’re within the womb. In fact, the lone figure appears to be dragging something, almost akin to an umbilical cord. It’s not until a truck driver enters the picture do we realize we’re about to be taken on a very uncomfortable and uncompromising journey that will be hard to forget.

Like Repulsion, Pesce’s lead character is not comfortable in what she feels is a necessary evil. In fact, I don’t believe she considers her actions anything of the sort. Her acts of kidnapping and murder are very distressing to both us and her. We feel her discomfort. She is far from calculating. That’s what makes Francisca and her story so damn fascinating and horribly suspenseful. Pesce’s film is far from accessible to the average audience, but those who braved through to the end found the film rewarding in its brilliant avant-garde storytelling.

Both films garnered much talk throughout the festival, and for good reason. In the coming weeks I’ll be reviewing some of the finest examples of what the Phoenix Film Festival had to offer. Highly entertaining showcase films, brilliant competition films, thought-provoking documentaries, and short films that had so much to say in so little time. Kudos to the filmmakers, the festival, and the audiences that showed its appreciation.