Home » TV & Streaming » All the Rest » Here’s Your First Look Into Season Three Of Black Mirror On Netflix!

Here’s Your First Look Into Season Three Of Black Mirror On Netflix! 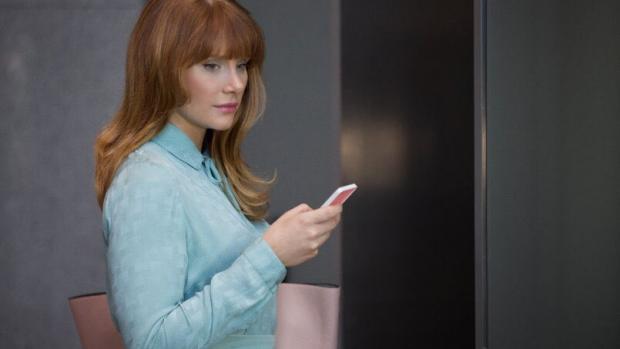 Black Mirror was last year’s Stranger Things. A science fiction television show that was thought provoking and often, hit a little too close to home. A modern day Twilight Zone that challenged ideas and philosophies.

How will our obsession with pop culture, reality shows, and our use of science and technology affect humanity us as a society?

The original series gave us six episodes in two seasons, with a Christmas special to button it all up starring Jon Hamm.

Netflix is bringing a third season to the U.S. with a total of twelve episodes and I cannot wait, especially since showrunner, Charlie Brooker, gave Entertainment Weekly an exclusive look at the first six episodes!

Nosedive –  An insecure office worker (Bryce Dallas Howard) lives in a world in which everyone obsessively ranks and rates every tiny social interaction. She thinks she finally may have found a way to rank alongside her friend (Alice Eve), who’s one of society’s elites.  Showrunner, Charlie Brooker says it’s one of the most unusual episodes he’s done. “Each episode this season is a different genre; this one is a social satire,” Brooker says. “It’s got a creepy serenity to it and won’t be what people expect.” Nosedive is also written by Rashida Jones and Mike Schur and will be directed by Joe Wright. This sounds like a very stressful episode and my worst nightmare. Can’t wait! 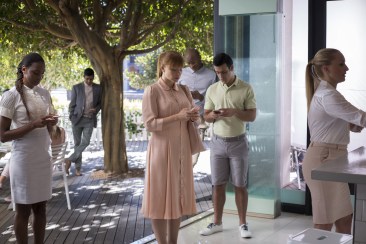 Men Against Fire – A military horror-thriller set in a post-war future. This story follows a rookie soldier (Malachi Kirby) stationed overseas where he is “protecting frightened villagers from an infestation of vicious feral mutants” hoping some new technological advantage might save them. Madeline Brewer plays a fellow soldier named Raiman. Brooke has compared the episode to The Walking Dead and will most likely be the episode that is horror in genre.

San Junipero – Brooker set himself a challenge for this one, making a show about the future but setting it in the 1980s, where Mackenzie Davis and Gugu Mbatha-Raw are recent arrivals at a sexy beach community. “It’s kind of an ‘80s coming-of-age drama with a Black Mirror undertow,” he says. “Also, when Netflix picked us up, people were going, ‘Oh that means [the show is] going to be Americanized.’ I thought it would be a funny to f–k with those people by literally writing an episode set in California.” This episode will be directed by Owen Harris who also directed a few episodes of Misfits, which if you haven’t seen, do it! 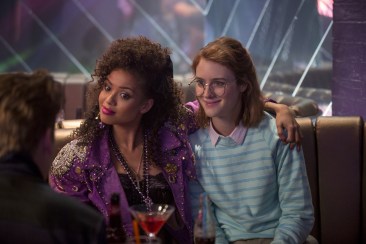 Shut Up and Dance – This, Brooker says, will be an episode like the series’ first, “The National Anthem” — a present-day thriller without any sci-fi elements. It it, a withdrawn 19-year-old (Alex Lawther) stumbles into an online trap and is quickly forced into an uneasy alliance with shifty man (Jerome Flynn) who are both at the mercy of persons unknown. “A kitchen sink nightmarish thriller,” he says.

Playtest – Brooker revisits his former life as a video game journalist with this episode. A jet-setting adventurer goes to Britain and hooks up with a woman (Hannah John-Kamen) and tests the latest in high-tech video games: “a device as mind-bendingly sophisticated as it is terrifying.” Directed by Dan Trachtenberg, Brooker notes, “Dan is fantastic at creating suspenseful and tense mood; this is our Evil Dead 2.”

Hated In The Nation – The show’s first-ever 90-minute episode; a crime drama inspired by Scandi-Noir thrillers like The Killing and Borgen. A police detective (Kelly McDonald) and her geeky young sidekick investigate a string of grisly murders with a sinister link to social media. “It deals with online rage,” teases Brooker. “It starts out like a stylish standard police procedural, then takes a bizarre turn.”

All Episodes of Black Mirror, season three, will be released on Netflix October 21st! Happy Halloween to me!