Here Are Your Winners of The Game Awards 2016 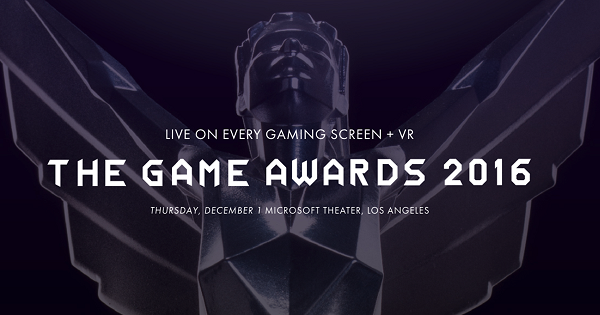 The big night is here everyone! The Game Awards 2016, a two-hour extravaganza celebrating the games, the fans, and the studios that brought us this year’s biggest games is upon us. The winners were chosen by 29 national and international media and social media outlets with some fans voting on a few categories.

There were some really great moments throughout the ceremony, from the world premieres of games like Death Stranding, Dauntless, Prey, Shovel Knight: Specter of Torment, Guardians of the Galaxy, and Halo Wars 2 to the touching speech from Ryan Green, the co-creator of That Dragon, Cancer. There were also some amazing gameplay footage from The Legend of Zelda: Breath of the Wild, and Mass Effect: Andromeda.

Let’s get to the winners!

GAME OF THE YEAR
Recognizing a game that delivers the absolute best experience across all creative and technical fields.

BEST NARRATIVE
For outstanding storytelling and narrative development in a game.

BEST PERFORMANCE
Award to an individual for voice-over acting, motion and/or performance capture.

GAMES FOR IMPACT AWARD
For a though provoking game with a profound pro-social meaning or message.

BEST INDEPENDENT GAME
For outstanding creative and technical achievement in a game made outside the traditional publisher system.

BEST ACTION GAME
For the best games in the action genre focused on combat.

BEST ESPORTS PLAYER
The eSports player judged to be the most outstanding performer in 2016, irrespective of game.

BEST ESPORTS TEAM
The eSports team organization judged to be the most outstanding for performance in 2016, irrespective of game.

BEST ESPORTS GAME
The eSports game that has demonstrated creative and technical excellence in 2016 with the best gameplay, community support and content updates.

TRENDING GAMER
For a streamer/influencer/media member who has made an important impact on the industry in 2016.

MOST ANTICIPATED GAME
Recognizing an upcoming game that has shown significant ambition and promise in moving the gaming medium forward.