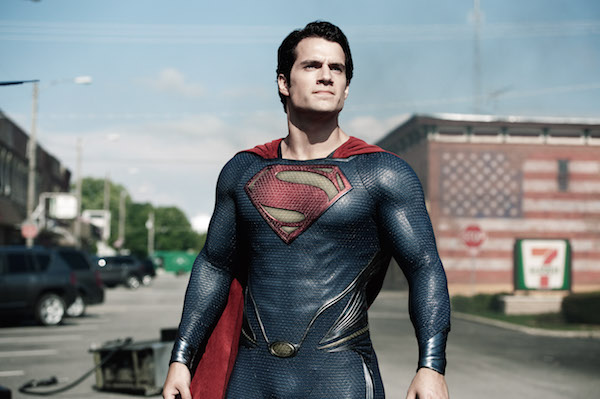 Henry Cavill aka depressed Superman has been teasing fans a bit. He’s done this before but now he’s done it again – are we truly going to see Green Lantern in Justice League? Put on your speculation hats and follow me.

First, the facts. Henry Cavill very recently posted him working out on Instagram. Because of course he did. The picture isn’t as interesting as what he captioned it. “Since I came off the ol knee injury I’ve been steadily increasing my training work load. I know it’s irritating when people say this but it genuinely does feel so good to be back in it. I’m not destroying myself every day. Just working towards improvement by pushing hard enough to elicit change. Nothing funny to post here, it’s deadly serious because I’ve got to make sure that I’m bigger than Green Lantern….Wait whaaat?” Whaaat indeed Mr. Cavill! Two weeks ago he posted a picture of himself with a Green Lantern standee with “Other Kal looking for Hal”.

Got your speculation hats on? Okay. This could mean three possibilities. Maybe more, but I can only think of three.

This one I can very much see happening. In fact, when promotion first started happening for Justice League there was a slogan going around. One that was plastered on Jason Momoa‘s Aquaman poster reveal in fact. “Unite The Seven”. So far we only have 6 heroes scheduled to be a part of the lineup. Green Lantern very easily could be a part of the team and can be introduced last minute, setting up for the sequel events.

RELATED: Matthew Vaughn Could Be Directing MAN OF STEEL 2

Very recently it was announced that Matthew Vaughn was being considered for directing Man of Steel 2. You can see our coverage of that above. That’s the first real news we’ve heard of a sequel in a long while. Justice League has wrapped primary filming so why would Cavill be working out again? It could very well be reshoots for Justice League. But it could also well be for the sequel. While most people know Green Lantern and The Flash to be closer companions, the Lego movie universe has been putting Green Lantern and Superman together – so why not?

There has been 0 casting news regarding Green Lantern. If he were to show up in Justice League, they may be waiting to reveal the casting closer to release date. Hell, they might even hold the secret until the film comes out. That would be a fun twist, so long as the movie doesn’t stink. We can only imagine some other beef cake out there is working out hard to make Cavill work harder.

Of course this is all speculation! But tell us what you think about it. And be sure to see Cavill’s pictures below and see for yourself! Check back to Geek Girl Authority for more Justice League news!

Since I came off the ol knee injury I've been steadily increasing my training work load. I know it's irritating when people say this but it genuinely does feel so good to be back in it. I'm not destroying myself every day. Just working towards improvement by pushing hard enough to elicit change. Nothing funny to post here, it's deadly serious because I've got to make sure that I'm bigger than Green Lantern….Wait whaaat?