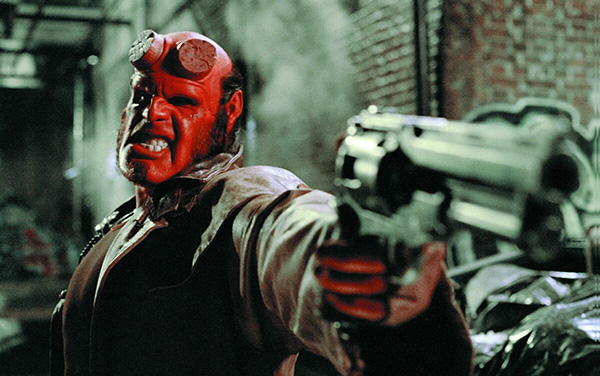 Upsetting or uplifting news for fans, Hellboy is being rebooted. Creator Mike Mignola confirmed that a reboot is in the works as it was announced on The Hollywood Reporter. They also have a star in mind and writers already have ideas as to where this new story is going to go.

Fans were upset to hear that Guillermo del Toro, who brought the demonic hero to the big screen, would not be releasing a third film only a few months ago. Now news of a reboot is almost a kick in the teeth. The new production is currently eyeing Stranger Things star David Harbour to take over the sawed off horns. Neil Marshall is currently on deck to direct the film with the script being penned by Andrew Cosby, Christopher Golden and Hellboy creator Mike Mignola. They even have a working title for the film! Hellboy: Rise of the Blood Queen. It’s a lot to take in at once.

In an interview with SilverScreenBeat, one of the script writers, Andrew Cosby, to get some insight into the reboot. Cosby revealed that the script was actually finished but were undergoing improvements as they were going along. “I can say that this is a darker, more gruesome version of Hellboy. Neil said from the very beginning that he wanted to walk a razor’s edge between horror and comic book movie, which was music to my ears, because that’s what I was shooting for in the script, and precisely what Mignola does so well with the comics.” Interesting. While I’m upset for fans of the del Toro films, maybe this is more in line with what the creator wanted to see. We’ll have to wait and see!

What do you think of the reboot news? Are you tired of reboots, sequels, sea-boots, etc? Let us know! There is currently no release date for Hellboy: Rise of the Blood Queen.