Home » Stuff We Like » Events » Hamilton Wins The Pulitzer Prize! 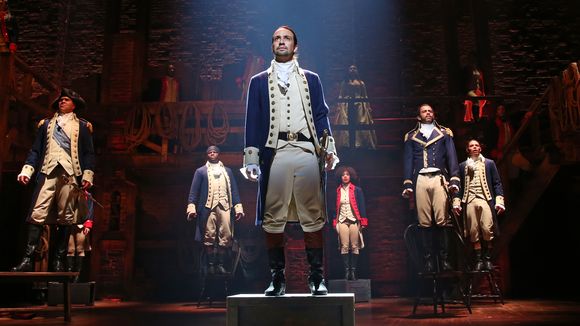 It was announced today that the critically acclaimed musical, Hamilton, has won the Pulitzer Prize for Drama.

Written by and starring the incredible, Lin-Manuel Miranda, it’s tells the story of Alexander Hamilton from immigrant to Secretary Treasury to his death by duel, at the hands of Aaron Burr. It’s a hip hop musical that uniquely tells this story of someone we really don’t know a whole lot about, but has the very American thread in that he came from nothing and turned his life around.  Only four other musicals have won the Pulitzer as it’s usually given to a play.

RELATED: My Name Is Batlexander Manilton: The Batman Hamilton Mashup!

Miranda tweeted today and if you’re a musical theater geek, you’ll love this:

This man just maxed out my cell data usage for the month. Thanks Joe! pic.twitter.com/dxdlk6XdYf

Auditions for the tour are underway so if you aren’t able to make the Broadway show, you’ll be able to see it, locally, very soon.

Here’s a bit of history about the musical:

Congrats to the cast, crew and everyone involved with Hamilton!