As the notion of Virtual Reality becomes common place in the gaming industry so do the notions that not every game that’s being created with VR in mind has to be the same action oriented. Some companies, like StirFire Studios, are working to create games that can not only challenge the player at an intellectual level, but also an emotional one as well as providing a narrative to be drawn into. With this in mind let’s talk about their new game, Symphony Of The Machine.

In essence a puzzle game about the manipulation of weather patterns to grow plants, and in turn repair the environment, Stirfire have created an immersive environment difficult to want to leave again. Emerging into a rocky, mars-like, wasteland the player is drawn towards a tower of ancient-yet-advanced design. Ascending the tower you being to gain a sense of scale of this world. It’s big, it’s empty, it’s desolate. But it’s not without promise. There is the prospect of life here; a prospect that is achievable with a little cunning and effort. 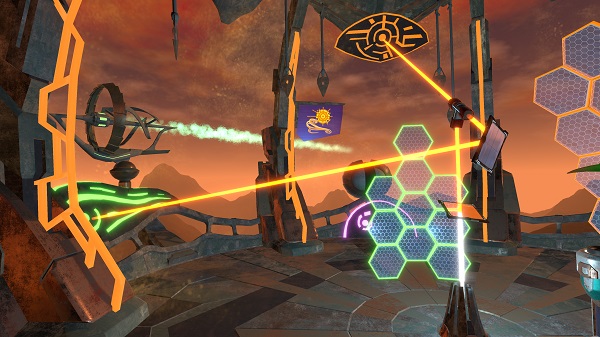 At the top of the tower awaits a series of strange machines, a helpful droid who can communicate only in pictograms,  and a whole lot of world ready to be changed. By bouncing lasers off mirrors, redirecting them through splitters, and trying to get the right combination of natural elements the player has the power to turn this barren, mountainous world into a place where life can flourish.

After trying my hand at Symphony Of the Machine, and being hesitant to leave, I was taken aside and got to interview Stirfire Studios’ managing director about this highly enjoyable experience.

Jamie: Can you please introduce yourself and the name of your game.

Vee: Hi, my name is Vee Pendergrast, I am the managing director of Stirfire Studios and our game is Symphony Of The Machine.

Jamie: In 13 words or less describe your game.

Vee: It is a zen, puzzle game in VR with lots of spatial puzzles and beautiful music.

Jamie: I can attest to that. Who’s the game targeted at?

Vee: The game is targeted at first time users on one hand. And on the other hand it’s targeted at basically anyone that enjoys chill-out gaming. It’s really a gentle puzzle game that without time limits. And it’s for people that want to zen out. Even if you like Resident Evil you can come and play this afterwards to chill out .

Jamie: What inspired you to create this game?

Vee: So Lisa Rye who created the game, she wanted to make a kind of mechanical ritual around summoning different weather. That turned into growing plants and putting a back-handed message about the environment in there as well.

Jamie: In production what has been one of the greatest lessons you’ve had to learn?

Vee: Publish early. Get a build to your vendor partners as early as possible and then iterate off that.

Jamie: Fair enough. If resources weren’t an issue, so money, people, time, what would you put in the game?

Vee: What would I put in this game? I would like to have an additional level where you’re reshaping the landscape through volcanism.

Vee: Community support has been fantastic because we launched on Tuesday. And it’s always good to go back and do a search on Twitter and watch who’s tweeting about what.

Jamie: How do you feel the gaming industry can help improve diversity?

Vee: I think the gaming community does a good job at diversity anyway because everyone’s kind of cool with you no matter who you are when you walk in the door. I’m a diverse person myself, yay, and I can be the boss of a studio and no-one bats and eyelid. That’s not something that happens outside in other industries. How can we promote further? By going into our educational institutions and enabling students, no matter what they look like or their background, that they can come and do this as a career.

Jamie: Fantastic. How and when do people get hold of Symphony Of The Machine?

Vee: They can buy it on Playstation Network right now or Steam VR, it will be on Oculus as well.

Jamie: And final question: Would you like a hug?

Vee: I would like a hug. Hugs are great.

Read all of Jamie’s GXAus coverage and interviews, here! 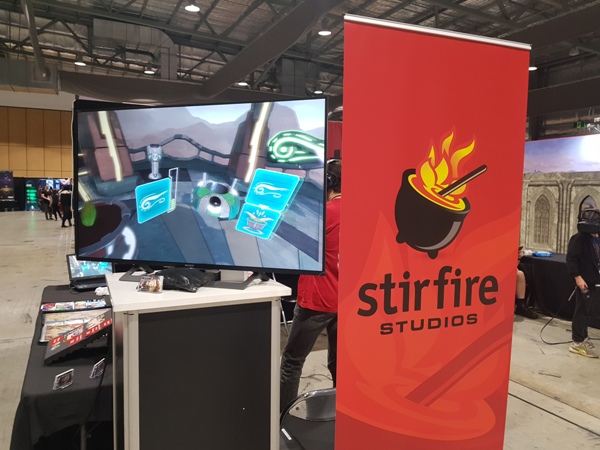 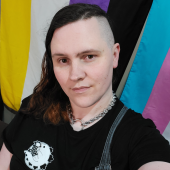