Home » Movies » GUARDIANS OF THE GALAXY VOL.2 Teaser is Funniest Yet

GUARDIANS OF THE GALAXY VOL.2 Teaser is Funniest Yet 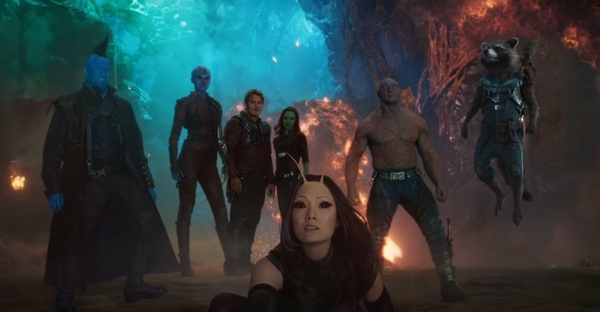 There’s a movie called Guardians of the Galaxy Vol. 2 that hits theatres in May. It’s out from a small start-up studio called Marvel Studios and it looks like it could be a pretty good little indie film.

Obviously, Marvel’s Guardians of the Galaxy Vol. 2 will be one of the biggest box office films of the year. Is it good? Will people and critics like it? Will it resonate beyond just making some solid scratch for Marvel? Who knows– by all accounts it looks like it will be a great movie and will be well received, but only time will tell.

In the mean time, we’ve seen a 90 second teaser trailer and a full trailer for the film, but now we have confirmation that Chris Pratt will bring a brand new trailer with him for his appearance on Jimmy Kimmel tomorrow night. This was just a rumor until this morning when Marvel Entertainment tweeted out a .30 second clip to tease the trailer we’ll get tomorrow night.

And what exactly do we see in this clip? 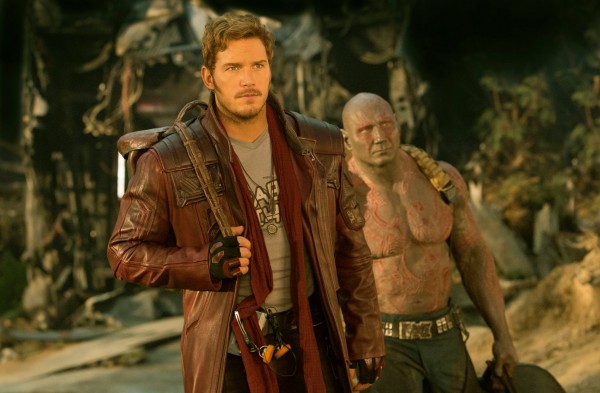 Almost nothing and somehow everything, all at the same time. Very simply, it’s just Drax (Dave Bautista) being obnoxious and clueless at just how loud and annoying he is as he slurps his food while the rest of the Guardians watch with increasing annoyance. Finally, Rocket (Bradley Cooper), has to say something which is simply, “Dude.” Followed by Star-Lord (Chris Pratt) echoing the same thought — “Dude.”

And Drax never catches on.

Like we said, this shows us nothing, but in doing so, it shows us so much. That is, what we can expect from this film is a story about a family of orphans navigating space to escape their pursuers, all doing their best to live as a family and get along. In any family, there are always alphas, always followers and always that annoying brother or sister or uncle or aunt that you’re embarrassed by. Obviously, that character in this family of misfits is Drax.

Everything we’ve heard from Gunn about this movie is that it’s about the Guardians learning how to actually be a family and this scene just further proves that point.

And then, tomorrow night, we get a new trailer to talk about and dissect!