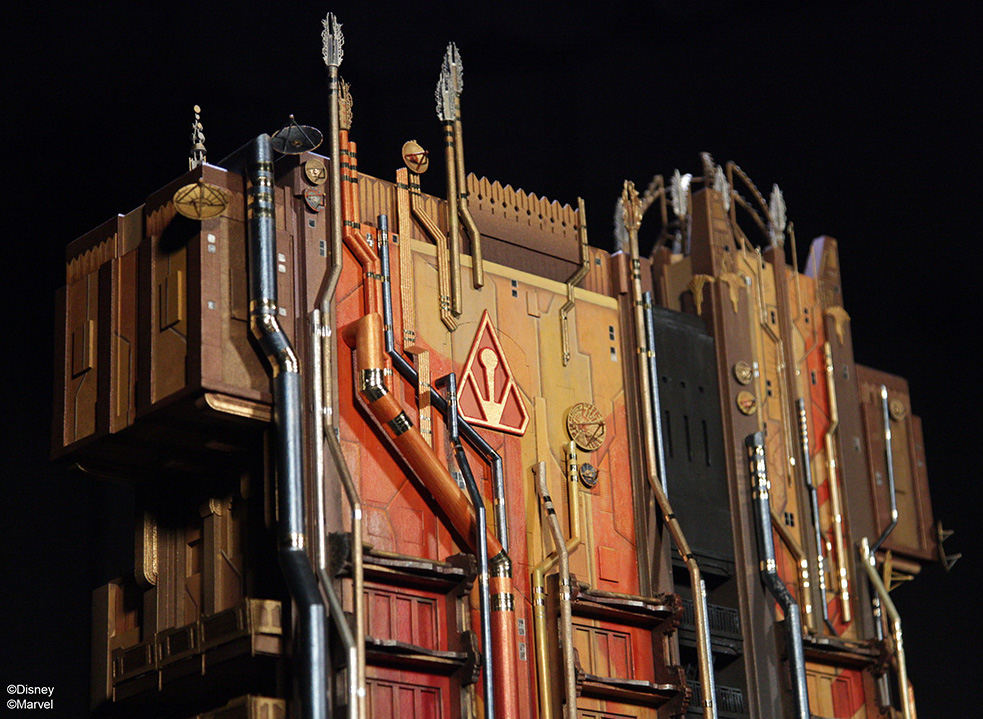 Earlier this year Disney announced the end of a favorite attraction, Tower of Terror, in Southern California’s Disneyland.  Now, we know what is going up in its place, Guardians of the Galaxy – Mission: BREAKOUT! .

Alright, so it doesn’t take a rocket surgeon to know Disney wants to capitalize on not only its Star Wars property, but also its Marvel property.  Disneyland is getting Star Wars land, and while Marvel movies have made heaps of money since 2008, getting the comic book world into parks has been a long process.  Sure, you can find tons of merchandise of your favorite costumed hero, and there are photo ops in the parks, but that’s not quite the same as a full blown ride.  So, Disney has finally unveiled the first part of its comic book master plan, in the form of a Guardians of the Galaxy ride.

The familiar Tower of Terror silhouette will still be present, but the outside is getting a Marvel makeover, and I’m sure the inside will be unceremoniously gutted to make room for the new ride.  The popular California Adventure landmark will become The Collector’s Fortress and, I’m assuming, the mission will be for our lovable scalawags to escape the clutches of The Collector.  Again, I’m guessing here, but the park goers will either be tasked with helping break out the crew of the Milano or, maybe, also be in the hands of The Collector and have to escape WITH the crew.

OR based on the official description below, it may be more in line with Star Tours.  Who knows.  I’m just wildly speculating here.

Featuring characters from the blockbuster films, Guardians of the Galaxy – Mission: BREAKOUT! is an epic new adventure combining the familiar, breathtaking free-fall sensation with all-new visual and audio effects, including music inspired by the popular “Guardians of the Galaxy” film soundtrack. Guests will experience a variety of randomized ride experiences, so you never know which adventure you will get!

Take a look at the video below for a sneak peak and draw your own conclusions.  Guardians of the Galaxy – Mission: BREAKOUT! will open sometime summer 2017.  For more information, check out the official Disney Parks Blog here.