Home » The Daily Bugle » Fictional Tyrants: The Good, The Bad, The Utterly Insane

Fictional Tyrants: The Good, The Bad, The Utterly Insane

History is populated with megalomaniac figures ruling from atop the broken spirits of their populace. Some take hard stances in order to quell uprising, ensure some kind of legacy, or simply because the job demands it. And where history starts fiction is sure to follow; often embellishing on the works of those real world tyrants to portray adequately how oppression, hubris and pragmatism can shape society. Taking to its conclusion what could have happened if things were left to run their course.

There are plenty of different tyrannical styles to choose from though; some of them succeed, some don’t, and some are so horrific that we can’t help but cheer when it falls apart around them. Below is a list of three potential categories of tyrant; what works with their particular methodology, and what doesn’t.

The Good: Havelock Vetinari – The Discworld Series by Terry Pratchett: 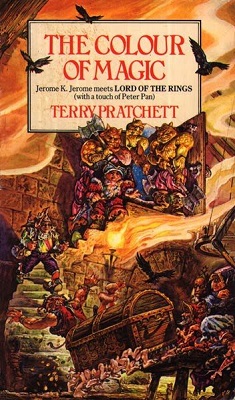 If it’s quiet efficiency you’re after in a tyrant look no further than the patrician of Ankh-Morpork.

Born to a wealthy family and schooled at the Assassin’s Guild, Havelock Vetinari was elected patrician under the campaign slogan “One man, one vote” after a series of mysterious assassinations disposed of the previous patricians who, everyone agreed, no-one liked very much.

Responsible for the single greatest period of economic, social and political growth for the sprawling city-state of Ankh-Morpork, Vetinari instituted organised crime – seeing it as preferable to the disorganised kind – union growth, international and inter-species peace, and a strict no-nonsense attitude towards crime against its citizens. as a result the people are wealthier, happier, and freer than they would be anywhere else.

It’s difficult to deny that sometimes it takes a pragmatic, methodical mind to keep the gears of civilization ticking away, even if that does mean all the mimes get thrown into the scorpion pit.

The Bad: Queen of Hearts – Alice’s Adventures in Wonderland by Lewis Carroll 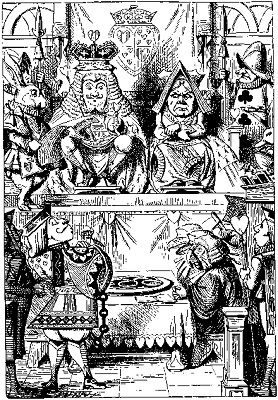 Say what you want about Wonderland, it’s a perfect example of a land shaped by its people, or maybe the other way around.

The Queen of Hearts is a woman who knows what she wants and will stop at nothing to get it. These things include flamingo-croquet, the colour red, and the ruthless execution of anything that threatens the status quo.

While this ruling method is both unethical and impractical – as eventually the only person left would be the Queen herself after the executioner removed his own head – the system is maintained by the timid but level-headed king, who pardons most sentenced criminals. No doubt allowing the queen to instill obedience and keep up the cultural maintenance of the kingdom, but leaving a necessary percentage of the population alive to paint the roses, act as croquet hoops, and enforce the monarchy.

Openly despotic? Yes. Obviously deranged? No doubt. The Queen of hearts governs with fear alone; her people afraid to step out of line, on the off chance that their head could be on the chopping block. 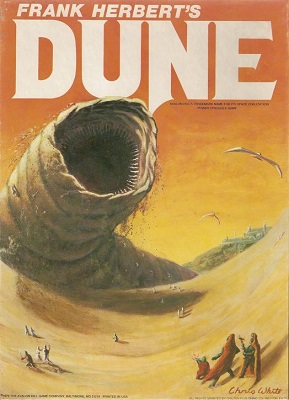 Whereas some other tyrants favour order and directness in achieving their ends, Vladimir Harkonnen rose to greatness in a war-torn universe through duplicity, extortion and betrayal. Elevating the power of his House to a level of greatness that rivaled many others.

Bloodthirsty, sadistic and harbouring self-destructive tendencies Vladimir favours brutal suppression, widespread territorial growth – through bloody and inhumane methods – and leaving a legacy for his house built upon slavery and the shattered remains of other Houses. Vladimir’s reign was one of suffering, cruelty to family, self abuse and despotism at a truly epic scale.

As far as despots go Vladimir Harkonnen’s tenure is limited; destructive leaders have a short shelf life and ambition has its limits. Risky diplomatic activities and subterfuge is oft the downfall of such belligerent tyrants. 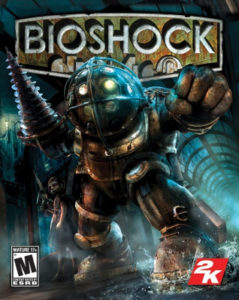 Despite being a list of literature-based dictators it would be remiss to ignore the efforts of Andrew Ryan in the 2007 shooter Bioshock. A tyrant who broke all the old rules of what it meant to be a despot.

Highly opinionated, anti-government, anti-religious and meritocratic in the extreme – believing that power and wealth should be in the hands of those who earn it – Ryan founded the creation of the undersea nation-state of Rapture. A place where scientific, artistic and commercial growth would not be limited by the mundane laws of the above world. In such a chaotic and constantly evolving world, Ryan maintained control through the subtle manipulation of its subjects; encouraging growth in one area, pruning of errant social groups in another. In this way Ryan shares many traits with Havelock Vetinari, be it without the chilly disposition.

If you dream of being all that you can be, following that dream and achieving greatness Andrew Ryan might just be the leader for you. But beware, hubris comes with a cost few of us can afford to pay.