Netflix’s GLOW Season One Review: Fun, Ferocious and a Testament to Female Power

Are you a fan of the past? Seemingly simpler times, where technology didn’t rule the roost? Well, so is Netflix. The streaming giant has capitalized on the nostalgia genre (I’m dubbing it as such). More specifically, the 1980s. See Exhibits A and B: Stranger Things and the recent Wet Hot American Summer reboot. Netflix also dropped another blast from the past this month: GLOW. Loosely based off a female wrestling TV show of the same name, GLOW follows a group of  ’80’s female wrestlers in Los Angeles and the process of getting said TV show on its feet.

DISCLAIMER: This is not a spoiler-free review. Please watch GLOW prior to reading. I think you’ll like it.

GLOW stars Alison Brie as Ruth Wilder, a struggling actress who is sent on an oddball of a casting call – an audition for the “Gorgeous Ladies of Wrestling.” Ruth has spent her entire career thus far always being on the precipice of obtaining work. As she mentions to a casting director in the pilot, Ruth is frequently called in for auditions but never snags the part. Said casting director claims to bring her into the fold as someone “unique” to show to the director – not the stereotypical cookie-cutter American blonde. However, Ruth is not everyone’s cup of tea. 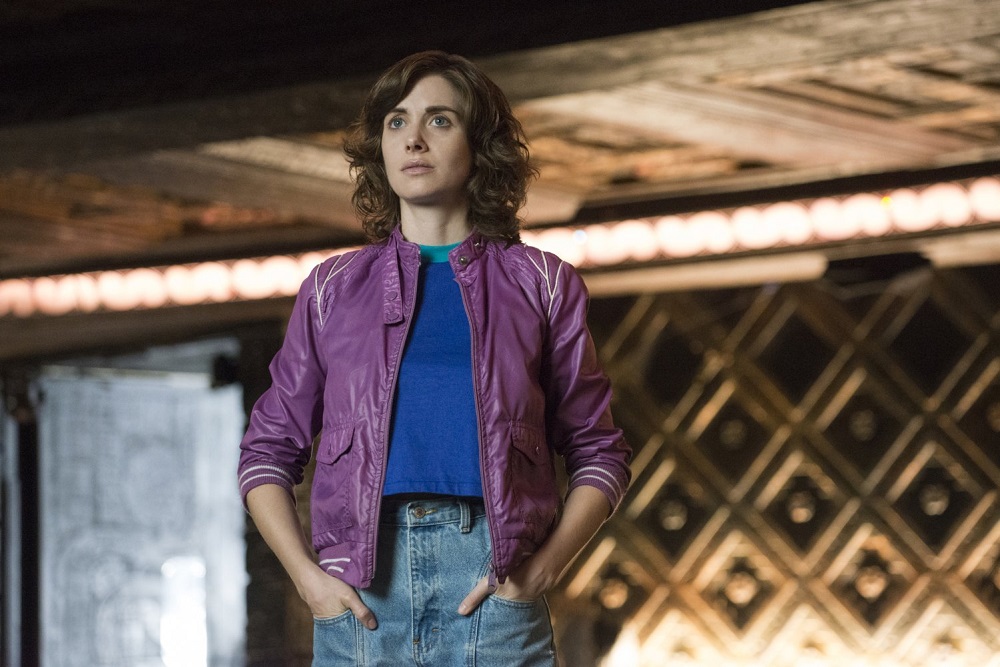 Right out the gate, from the pilot alone, I can tell you that Brie has never played a character like this. As someone who’s a fan of her work, she has always portrayed the “pretty one.” Under normal circumstances she would sweep all the roles in a heartbeat, and has. GLOW painted her as a villain which, once again, is uncharted territory for Brie. We discover that Ruth had an affair with best friend Debbie’s (Betty Gilpin) husband Mark (Rich Sommer). Debbie is that beautiful American blonde who has no trouble sweeping up roles. Prior to marriage, she starred in Paradise Cove, a popular soap opera.

This infidelity acts as a catalyst for GLOW, not only at getting Debbie to join the team, but convincing their B-movie director Sam (Marc Maron) that Ruth is worth keeping around for the “drama” alone. As Debbie initially confronts Ruth regarding the affair, Sam envisions a glittery show in the ring between the two former friends, duking it out, hero vs. villain style. Of course, no daydream would be complete without “Separate Ways (Worlds Apart)” by Journey. It’s quintessential ’80’s – big and unapologetically bold. Just how I like my nostalgia.

Yes, we decreed that Ruth was a villain. Her wrestling comrades are reticent to accept her in their circle, immediately siding with Debbie. Our former friends spend the majority of the first season at odds with each other. However, their rivalry spins gold for GLOW, catapulting them to the prime closing number in the wrestling lineup. Debbie becomes the star of the show, dubbed “Liberty Belle.” Ruth takes on a Russian persona called “Zoya the Destroya.” Of course, the show is rigged so Debbie would win, representing Americans rising above Communism (remember, the Cold War is still a thing). 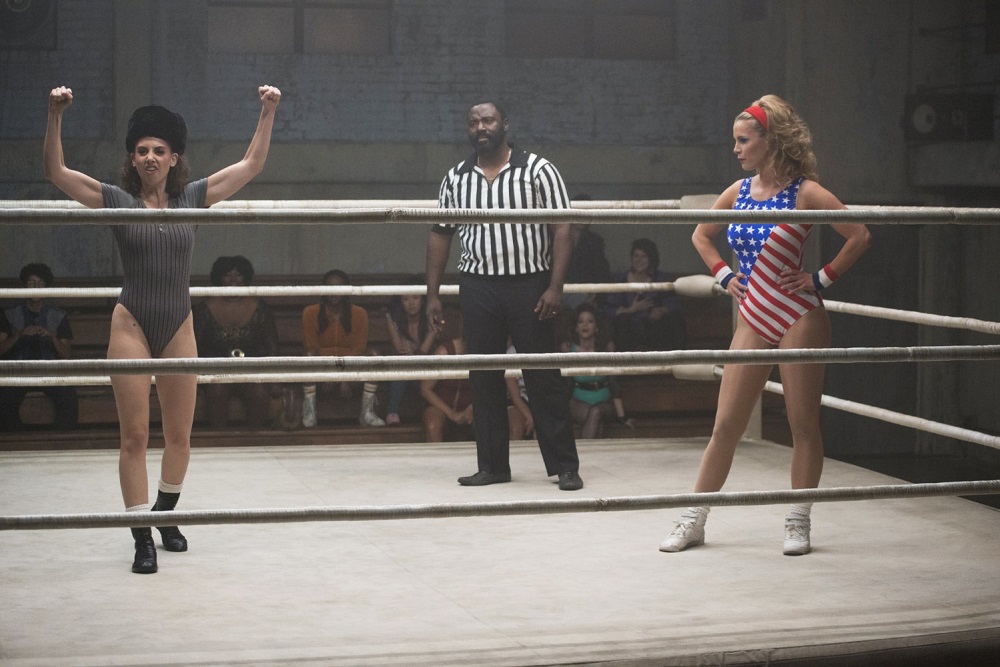 Meanwhile, it appears that through their TV fighting their broken friendship may be on the mend. However, when Ruth asks Debbie out for drinks in the season finale, the latter responds with “We’re not there yet.” I can appreciate that. I’ve always disliked when TV shows or movies slapped band-aids on severed relationships and are too quick to give viewers a resolution. Healing takes a whole heaping amount of time. It’s real and authentic, true to life.

GLOW is also generous with granting the other female wrestlers adequate screen time. We meet Rhonda, the British beauty who ends up shagging Sam. Yes, that’s the Kate Nash. She’s sweet and effortlessly brash. We see their relationship unfold and ultimately come to a close as Sam embarks on a bit of a soul searching bender. Carmen Wade (Britney Young) is the daughter of a famed wrestler, so she already has a leg up on her fellow wrestle-actors. We see her sever ties with her father, who doesn’t want his only daughter to mimic his career path. Thankfully, in the end, he ultimately supports Carmen by attending the first taping of GLOW, cheering her on from the audience. I’m definitely cutting onions and not crying. 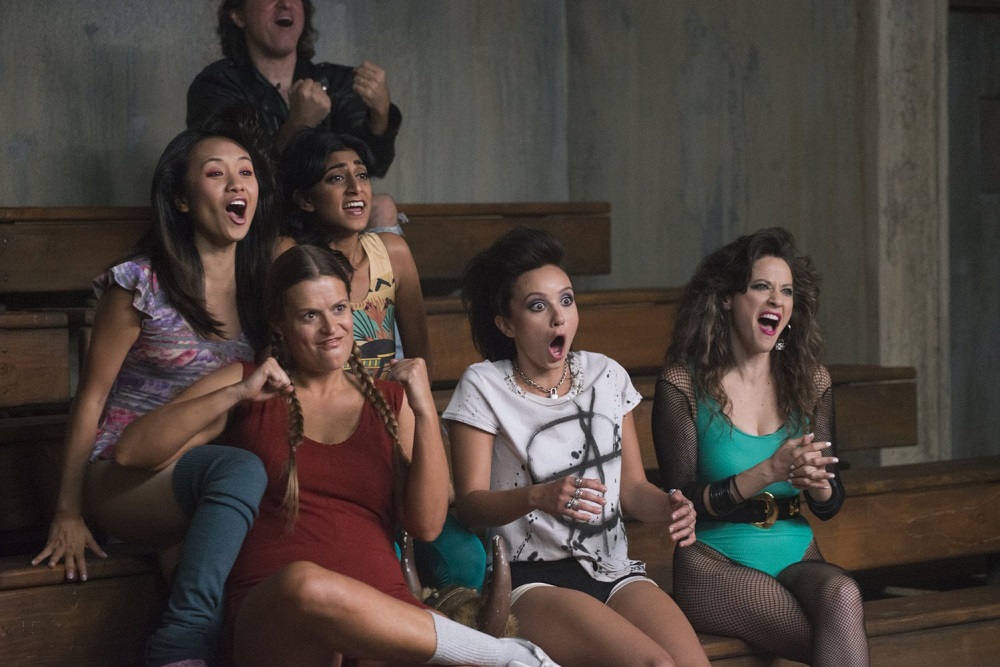 Then, there’s the spunky Justine (Britt Baron), who’s a mega fan of Sam’s limited film catalog. We’re led to believe that she may have a crush on our director, but Justine reveals in the penultimate episode that she’s his daughter. Very “Luke, I am your father.” Unfortunately, Sam was plastered and incredibly close to making out with said daughter. As we’ve learned over the course of the season, Sam is a stubborn, curmudgeonly pseudo-alcoholic who needs to get his own life together first before caring for someone else. Maron executes this to perfection, while still making Sam lovable. 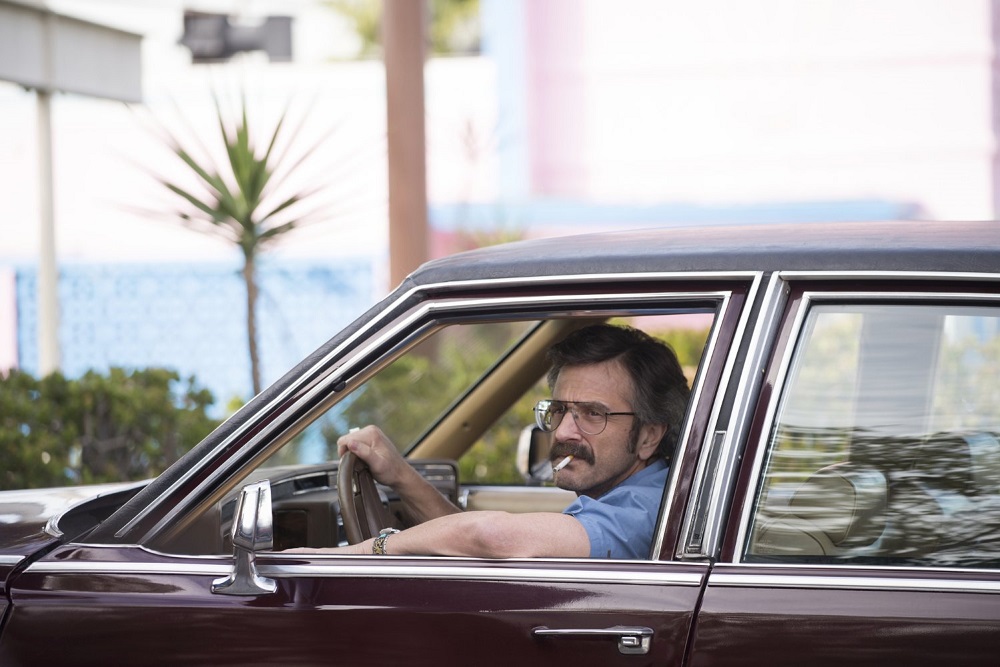 GLOW doesn’t shy away from the heavy-hitting issues, either. Ruth discovers she’s pregnant, presumably from Mark. In that same episode she gets an abortion, with Sam accompanying her. My favorite scene of the show took place in the waiting room of that abortion clinic, with Brie giving a beautifully nuanced and understated performance. She admits that she’s not ready yet. Not the right time or right baby, and that’s okay. When have we ever seen abortion depicted in a time other than the present? Kudos to this show for attempting to erase the stigma surrounding it.

Misogyny, racism and self-identity are also huge topics GLOW covers. Of course, it’s the 1980’s, so society hasn’t progressed much yet. When the wrestlers are given their stage personas, they’re stereotypes. Sunita Mani, who plays Arthie, is dubbed as a “terrorist” named Beirut even though she is Indian American. Tamme (Kia Stevens) is crowned The Welfare Queen. How the audience reacts to these women is indicative of the racism prevalent in that time, but also the racism that still exists today. Sheila, portrayed by Gayle Rankin, believes she is a wolf. Her heartfelt monologue to Ruth about why she dresses like a wolf is touching and relatable. Sheila identifies as such, so why not allow her to live her life as who she wants to be? 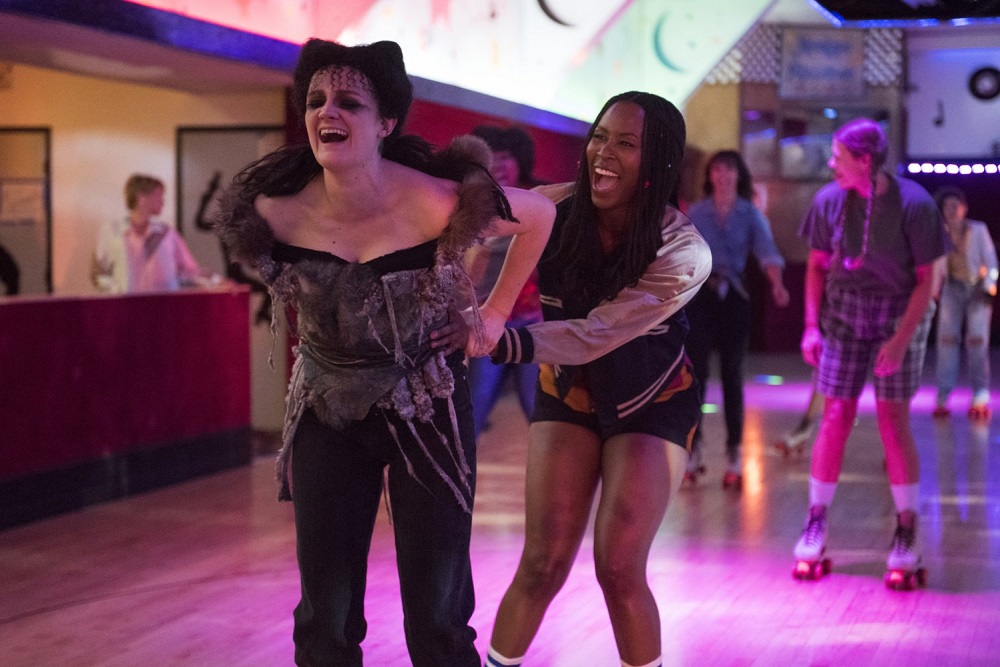 GLOW also boasts a terrifically toe-tapping ’80’s soundtrack, one that will surely take you down memory lane. Pat Benatar, Bon Jovi, Billy Idol and Whitesnake are just a few of the artists included on the soundtrack. I’ve had it on loop for a few days now myself.

Breakout Star: This was difficult for me to assess. Every performer knocked it (or body slammed it) out of the park. However, Brie and Gilpin are the heavy weight champions for me. I found myself relating so much with Ruth, in that we’re both perfectionists who also crave approval from others. This is a breakout role for Gilpin, who took me by surprise. Her performance was one of heartbreak, as we witnessed her struggle with her husband’s infidelity, best friend’s betrayal and raising an infant son solo. But, she also boasted a quiet confidence that only grew stronger when she joined the GLOW team. Layered and nuanced.

Honorary Mention: Sydelle Noel, who portrayed Cherry Bang. She’s bold, strong and fearless. Cherry acts as a trainer to our wrestlers. Tough, but firm. Noel also gives a multi-faceted performance with Cherry, as we see her handle the pressures of whipping the girls into shape and simultaneously juggle an acting career. In the finale she learns that she nabbed a plum role in a new crime series. This will most likely affect the GLOW team should there be a Season 2, and I’m curious to see how that unfolds.

Overall, I was impressed with this show. Escapism at its finest. GLOW will definitely continue to have a place in my Netflix queue. What’s better than a group of bad*** females taking names in a sport dominated by men? Nothing, I say. I am woman, hear me roar.