Home » TV & Streaming » All the Rest » GILMORE GIRLS: A Year in the Life Review (minimal spoilers)

GILMORE GIRLS: A Year in the Life Review (minimal spoilers) 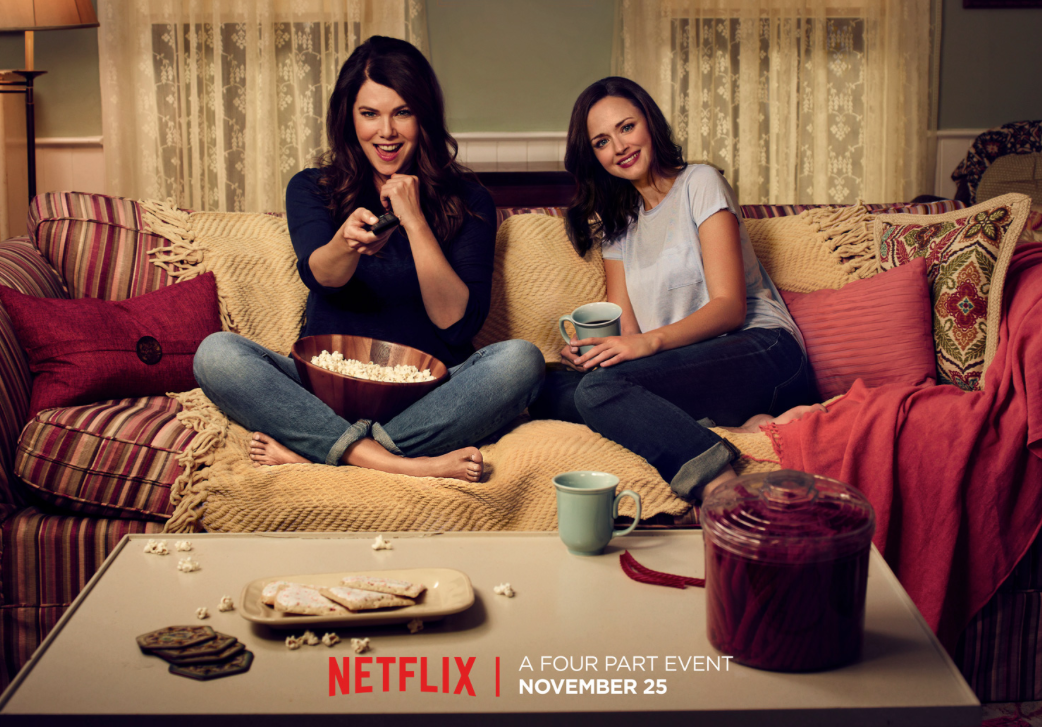 Gilmore Girls: A Year in the Life…. does not disappoint.

It really doesn’t. Promise. Because if you’re going to watch this, you’re one of two types of people.

I’m definitely the first type. I only finished the original series this year, because life got in the way and prevented me from watching it sooner. The time between me finishing these episodes, before starting these new ones, was considerably shorter compared to those of you who watched it when it aired almost 10 years ago. I have mad respect for you, because the anticipation would have been INCREDIBLE.

And if you’ve never seen the show before, you’re in for a hell of an introduction.

But enough about that. Let’s get into the new series.

(minor, very, very minor spoilerage ahead, because this has been too long in the making and I want you to have real surprises) 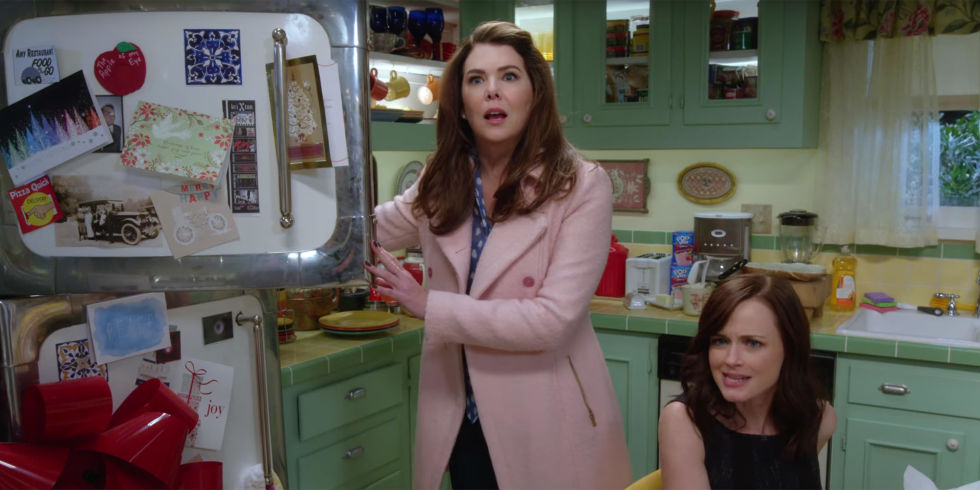 It is magical to watch, and full of the nostalgia you were hoping for. Get your tissues ready, it won’t take long for you to get a little teary.

Alexis and Lauren did an incredible job of being excited to be back in each other’s company. Because oh boy were they excited. Like slipping into your favourite pair of shoes. Incredibly comfortable. I felt their excitement and joy in my bones.

Kirk is perfect. Miss Patty is a third of her original size, maybe less… Taylor hasn’t aged, so he must be some sort of strange day-walker vampire.

In returning to Stars Hollow we learn that Rory is a jet-setting journalist, having a fairly up-in-the-air (zing) career without having a proper home base. She’s in a rut, but hasn’t fully come to realise or acknowledge this.

Speaking of ruts, Lorelai is in a similar predicament. She has no Sookie, Michel is restless and married, Luke is the same old Luke, and she’s lost her dad. We all knew the show was going to have to deal with Edward Herrmann’s passing, and they really don’t hold back. All of the Gilmore women are coping with it (or not) in their own way. We find out about the new tension that’s developed between Emily and Lorelai since Richard’s passing, and it’s not pretty.

I hope you’ve wanted to see Lorelai and Emily go to therapy together… because it’s pretty intense. Rory’s love life becomes more complicated. And her job prospects become worse. Luke has built a “floaty hut” and everyone congratulates Rory on moving back to Stars Hollow (which she hasn’t, but she kind of has, but not really, but basically pretty much).

Underlying relationship issues that weren’t necessarily spoken about in previous seasons start to come out, and just like in real life, fester until they’re dealt with. But the issues are fiddly, so these seasons see problems become more complicated as time goes on.

Get excited to go back to Chilton, the uniforms are the same, just like Paris Geller’s insecurities. Actually, if anyting, they’ve gotten worse (with her multiple degrees and insane levels of success). We also get to experience Paris having her own adult issues with husband Doyle and their kids, something Rory sees to find easier to cope with than her own messy situation.

In the final episode, Rory takes to her new life in Stars Hollow – temporary or not – as editor of the Stars Hollow Gazette and explores an opportunity that has her mother very anxious. The Life and Death Brigade make an epic appearance. And Lorelai goes into the wilderness, looking for calmness and inspiration (of which freaks Luke out entirely).

All three of Rory’s ex-boyfriends appear, and it becomes pretty clear how many of them still have feelings for her. Super strong feelings.

Oh yeah, and there’s those final four words. Oh boy. Maybe I should have seen them coming, but I didn’t. I kicked myself afterwards, because there’s a scene that happens during Fall that was just so… emotional. And I couldn’t tell why… Those final four words were like a sledgehammer to my face. I actually stood up out of my chair and yelled at the TV “NO. NO NO NO NO NO” (this also freaked out my puppies because they couldn’t tell why I was so pissed off that the show had ended).

Amy Sherman-Palladino and Dan Palladino have done a beautiful job transitioning between the “seasons”, writing this heartfelt love letter to their fans and to the characters we have come to know like family.

By the Fall episode I honestly felt as though I was knee deep into a full season of episodes. This new series is a testimony to the show’s creators, because although the episodes are much longer than they were previously, it doesn’t feel that way when you watch them. Time doesn’t drag, you feel as though you’re being whisked along at a Gilmore pace through the lives of these fascinating women. It doesn’t feel stale, which is really, really important. Long gaps between shows are typically a recipe for disaster, but not here. This mini season is well crafted. They’ve also managed to pay a lot of lip service to the previous seasons, and pop-culture references, that fans of the show would love and appreciate.

The emotional arcs are satisfyingly appropriate for each character, except for Rory’s old flames (I want MOAR!) The actors clearly missed Edward Herrmann’s presence, and his legacy is well respected throughout. Most of the tears I shed during this new series was out of shared grief. He is clearly missed, and dearly loved, and is well honoured by the remaining cast.

And I have a theory… that this may not be the end of the Gilmore Girls. Not by a long shot.

When a show comes to Netflix – such as a show that has been cancelled after a single season – Netflix displays it as “Season 1”. This new “season” of Gilmore Girls isn’t really one I’d call a “season”. If anything, it’s a mini-series, the episodes are longer, and there’s only 4 of them. It doesn’t fit the typical mould. If this is all we are getting, the nice bow to tie up the show, it should be called a mini-series.

Unless it’s more like BBC’s Sherlock. That’s another show that acts like a typical mini-series, but has come back to earn itself some “seasons”.

Gilmore Girls: A Year in the Life is listed as “Season 1”.

Assuming this goes well,  I don’t think those huge 4 words spoken by [spoiler alert] are the last we’ll be hearing in Stars Hollow.

RELATED: 10 Reasons Why You Should Be Watching Gilmore Girls (Like, Right Now)