As all my friends know, I take a special interest in King Alfred the Great. Not everyone is equally enthusiastic about this. Apart from my endless monologues about my King and the binge-watching of all the Netflix series in which he appears, my feminist friends often ask me this question: why a man? As with any special interest, I don’t know.

Although I often see them coming these days — oh hello Mr. Tolkien! — it’s hard for me to find out how it has developed from an ordinary hobby to an autistic obsession. I can think of reasons why I particularly like King Alfred, as he’s associated with many other things I like. History, languages and translating, martial arts, theories of friendship, mythmaking and storytelling, TV series, art and music are among many reasons why I’m an avid King Alfred fan.

Nonetheless, my friends’ question ignited in me a wish to “cherchez la femme (look for the woman),” and find female role models who can also be linked to all the keywords listed above. Luckily, I found many mighty warrior queens and with this blog post, I’d like to introduce you to three of them. In chronological order: Hua Mulan (4th to 6th century AD), Æthelflæd (c. 870-918) and Lakshmibai (1828-1858).

Among my friends, Hua Mulan became popular through Disney’s 1998 animated film Mulan. The film tells the story of a brave female warrior known as Hua Mulan who was a soldier in China during the Northern and Southern dynasties between 420 and 589CE. She disguised herself as a man and joined the army in place of her father, who was a sickly veteran conscripted to the army for a second time by Imperial decree, as she feared that he would be killed in combat.

According to the film, Mulan and the Imperial army triumphed over the invading Huns. Also, a romantic relationship grew between Mulan and the army commander, Li Shang. While many were introduced to Mulan’s story through the film, the first known transcription of her tale comes from a folk song from the North Wei Dynasty. “The Ballad of Mulan” introduces Hua Mulan, a female Chinese warrior who has been an inspiration to many women. Like in the film, Mulan goes to battle disguised as a man to protect her father from being drafted into the war.

The legend of Mulan is deeply embedded in Chinese folklore. Her dedication to her family and country are highly praised. She’s used to inspire women and girls to pursue achievements outside of traditional gender roles. Moreover, the story of Mulan has been utilized by scholars to contribute toward discourses in gender and feminism. She’s the true embodiment of a warrior queen.

The Lady of Mercia

Aethelflaed, popularly known as “Lady of the Mercians,” is another badass warrior queen. She was a powerful military and political leader. She was the eldest daughter of King Alfred and his wife, Lady Eahlswith. Aethelflaed was married at 16 to the Lord of Mercia, Aethelred, to secure an alliance between the two kingdoms Wessex and Mercia. Whereas the women in Wessex had no political power, the Mercians had a tradition of giving female consorts political power in their own right.

Consequently, Mercia proved to be ripe ground for Aethelflaed to grow into a strong successful military and political leader. This opportunity was strengthened by the fact that King Alfred allowed all his children similar opportunities to get education and military training. With her political and military acumen, Aethelflaed elevated Mercia to a greater station by staging military campaigns and building projects and treaties. Hence, she is commemorated as a warrior queen.

Aethelflaed seized the town of Scergeat and pushed back those who had laid siege to Chester by ingeniously dropping boiling beer and bee hives onto the would-be attackers. The warrior queen played part in sending an expedition to Bardney, deep in Danelaw, to Northumbria. Aethelflaed defeated both Welsh and Viking raiders during her reign and made peace with the people of Alba and the Britons. Presently, the warrior queen is celebrated and hailed as a powerful Anglo-Saxon woman, and a strong military and political leader.

The Rani of Jhansi

Lakshmibai, the Rani (queen) of Jhansi, is widely remembered as one of the leading figures of the Indian Rebellion of 1857. She was one of the many leaders of the Great Rebellion in 1857-1858 against East India’s company rule. As a rebel leader, Lakshmibai is regarded as a national heroine and an icon of heroic Indian womanhood. Additionally, she is remembered as a symbol of resistance to the British Raj for Indian nationalists. She was a true warrior queen in every sense of the phrase.

Rani Lakshmibai was born as Manikarnika Tambe. She received an unusual upbringing for a Brahim girl in the sense that she was trained in martial arts and was proficient in shooting, horsemanship, fencing and mallakhamb (traditional Indian gymnastics). Manikarnika was married to the Maharaja of Jhansi, Gangadhar Rao, and was given the name Lakshmibai. Unfortunately, Lakshmibai was widowed while young and without children. She lost her and her husband’s child four months after birth.

According to custom, the Maharaja adopted a boy as heir. However, the adopted heir was not recognized by the British who proceeded to annex Jhansi in accordance with the doctrine of lapse. Markedly, the doctrine of lapse was an aggressive policy put in place by the British East India Company. It rejected adopted Hindu heirs as legitimate rulers and placed any sovereign Indian states as vassal states under British rule through Jhansi. Therefore, they would pass into company ownership by default.

Unusual for a woman of her time, Lakshmibai wrote letters to Lord Dalhousie to context the doctrine of lapse and appeal the legitimacy of her adopted son’s claim to the title of Jhansi. A series of British military campaigns against Jhansi pushed the 22-year old warrior queen to refuse to cede power to the British, effectively causing Jhansi to join the mutiny of 1857. Lakshmibai recruited an army, strengthened the defenses of her city and forced alliances with rebel Rajas of neighboring Banpur and Shargarh. Lakshmibai mounted a successful assault on the city fortress of Gwalior and marched on against the British to Morar, where she was killed in combat.

On the whole, Lakshmibai remains a symbol of resistance to Indian nationalists and a national heroine. Despite British press attempts to demonize the heroine, Sir Hugh Rose, whom Lakshmibai marched against, acknowledged her bravery, cleverness, perseverance and generosity to her subordinates. He compared the fallen Lakshmibai to Joan of Arc, citing that the aforementioned qualities made her “the most dangerous of all rebel leaders.”

Who are your favorite warrior queens from myth and history? Let us know in the comments below!

This article was originally published 10/17/20 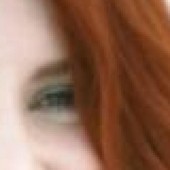 Will Joe Berlinger's new docu-series Crime Scene: The Vanishing at the Cecil Hotel solve one of the most mysterious disappearances? Check out the trailer and let us know if you will be tuning in!