This Supplemental GGA Ready Room will cover just Star Trek: Discovery because TODAY is the premiere of  the new series. To read the standard edition GGA Ready Room, Follow this link! To find any Star Trek news on Geek Girl Authority, Click on this link!

Ahead of the televised premiere, CBS released the main title sequence for the show. Catch a peek below:

#StarTrekDiscovery's main title sequence will give you chills! Stream the premiere tonight on CBS All Access: https://t.co/75AcTENw3u pic.twitter.com/WdHmCadxZD

With the help of Remarkable Media, CBS commissioned the ‘flight’ of the titular ship as an advertising stunt for tonight’s premiere. CNET details the flight as a visual effect of LED lights on a truss flown under a Black Hawk helicopter. Watch the flight below:

As GGA reported earlier in the day, CBS All Access, the streaming service that will carry ST:Discovery, will have more than just the first episode tonight – there will be TWO episodes AND an after-show, After Trek. After Trek will be streamed live and viewers can interact via Twitter with the hashtag #AfterTrek.

Engage! #AfterTrek debuts on CBS All Access Sunday night, where we'll be talking all about the premiere of #StarTrekDiscovery. pic.twitter.com/Mi9fKqyMBk

On September 19th, ST:Discovery had its red carpet premiere. CBS live-streamed the red carpet from their Facebook page. Check out photos below, courtesy of CBS: 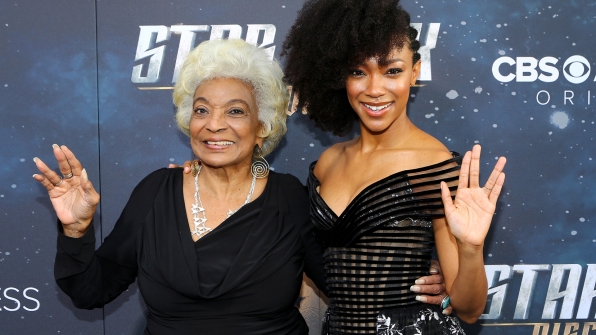 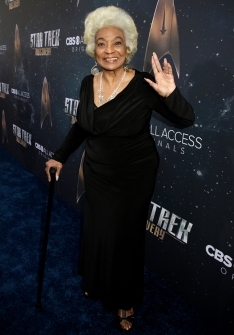 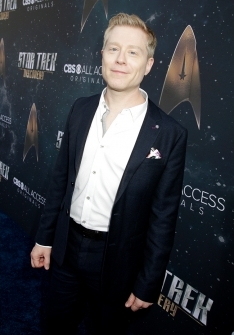 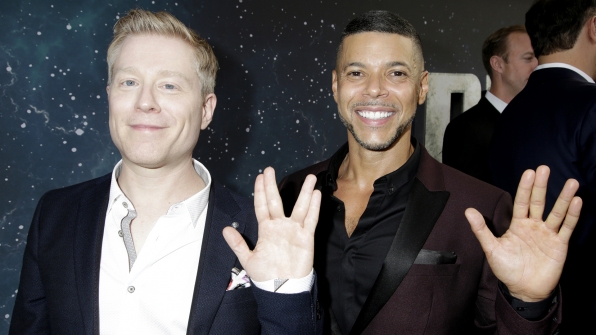 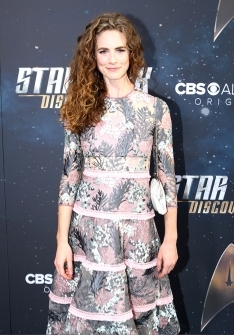 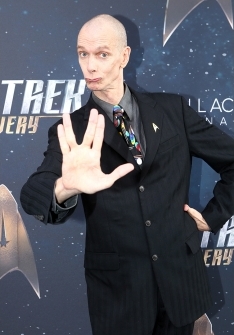 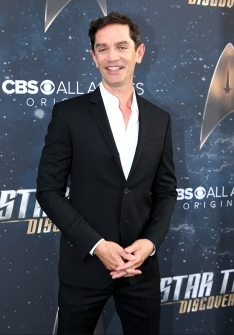 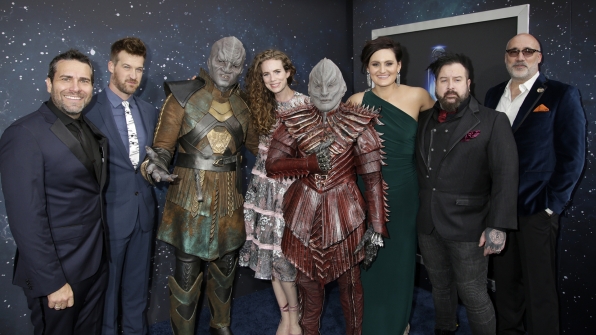 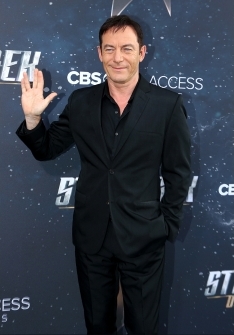 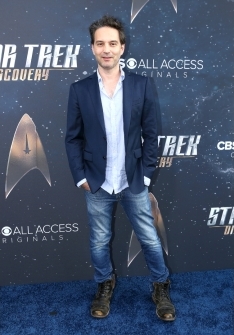 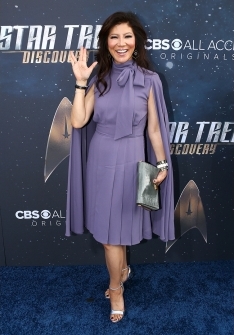 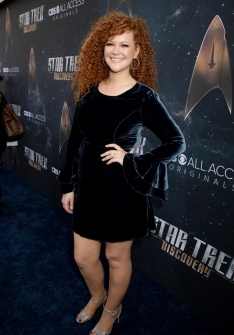 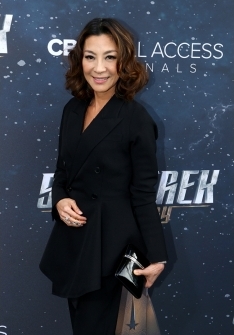 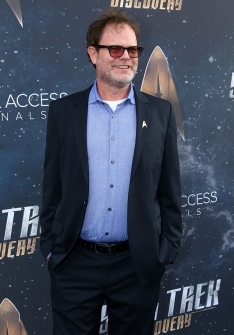 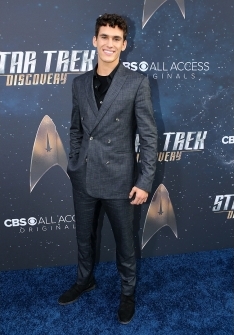 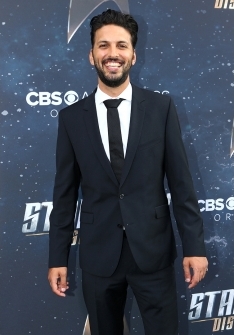 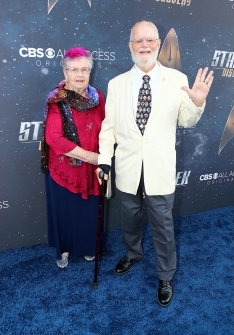 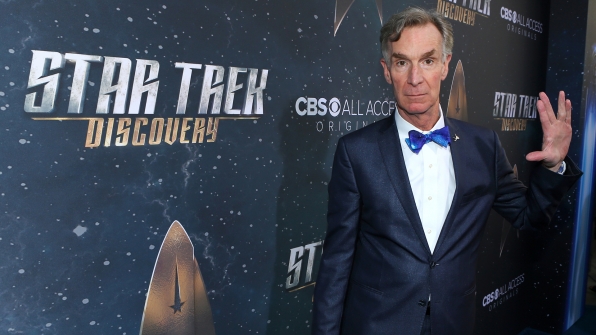 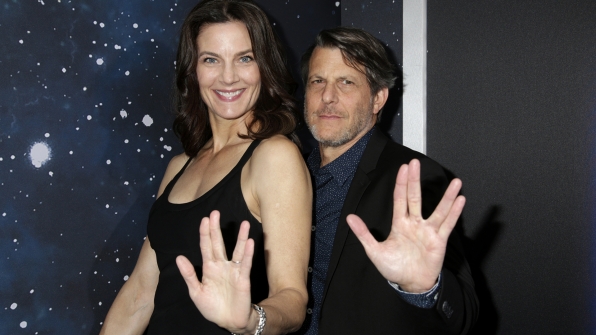 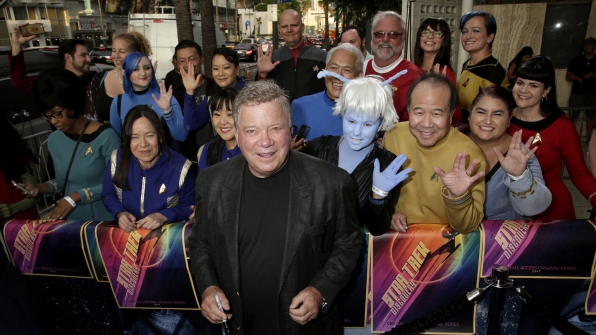 Reactions of the ST:Discovery Premiere

See what the stars and celebrities have to say about ST:Discovery!

CBS will put me in the Agony Booth if I give spoilers but can say Doug Jones' Lt. Saru is an INSTANT CLASSIC sci fi icon.

Behind the Scenes Videos

Phasers, tricorders & more! Go behind the scenes to see how #StarTrekDiscovery's props were created: https://t.co/KNgvXR7KVe pic.twitter.com/vKcQVn171a

Welcome aboard the bridge of the U.S.S. Discovery. Stream the #StarTrekDiscovery world premiere Sept 24: https://t.co/acwPpBk46H pic.twitter.com/8s39fPa88M

Another @startrekcbs #BTS pic – our camera crane (inside the Klingon sarco ship). Oh wait until U see what she was looking at! pic.twitter.com/tk1uHfhdKH

Get an exclusive behind-the-scenes look at the scope & scale of #StarTrekDiscovery's artful production: https://t.co/chOHCX7LFK pic.twitter.com/DK2OmCYYt5

Here's a @startrekcbs #BTS Shenzhou screen for you all to drool over (like I do on set!). Relish the love/detail our artists put into it pic.twitter.com/CGSzEZrb8U

This wraps up this week’s special Supplemental GGA Ready Room! Thank you for joining us as we explore a look at the premiere of Star Trek: Discovery. Tune in tonight to CBS at 8:30 EDT to see the first episode and download the CBS All Access app to catch the rest of the new season. Until next time, boldly go on your way, in your own way, and report back your findings.