With the majority of the world hunkering down and either closing temporarily or working remotely, there has been a massive increase in the number of users attending meetings virtually. Even with places beginning to open up, a lot of companies are maintaining a remote presence for their employees and video conferences are a thing now. Many of the video conferencing programs allow for users to upload their own custom virtual backgrounds. Why use a virtual background? Why not! Personally, I would rather be working from the bridge of the Enterprise than from my tiny and cramped apartment space, and the closest I can get is with a virtual background. Some people may be like me and want to pretend to be working from some exotic or fantastical location. Other people may want or need a plain and professional space to hide any household clutter in their workspace. Whatever your reasoning for wanting or needing a virtual background, we have you covered.

What a better way to kick off a post about virtual backgrounds than with the iconic holodeck of Star Trek: The Next Generation?! This classic image comes from the holodeck, one of the best ways to spend a recreational afternoon when aboard a starship. TrekCore provided this image along with a few other views of the Enterprise D on their twitter account. The official Star Trek account also shared out some backgrounds, though their offerings were from their current streaming shows: Star Trek: Discovery and Star Trek: Picard. Between the two sources, you will find settings from both aboard ships and some planetary excursions. Maybe don’t wear a red shirt to any meetings, though, ok?

(You hummed along, too, right?) With an impressive selection of virtual backgrounds provided by the official Star Wars team, it was difficult to narrow down to just one background. Ultimately, it came down to pure impressiveness: what would be the most intimidating in that 8-am meeting? The bridge of an Imperial Star Destroyer, of course! The control room of the Death Star came in a close second, tied with one of the rebel base views. Hands down, though? Had there been a view of the Millennium Falcon awaiting takeoff or anything with Baby Yoda, we wouldn’t have been able to resist. Take a peek at what Star Wars has to offer over on their official blog. 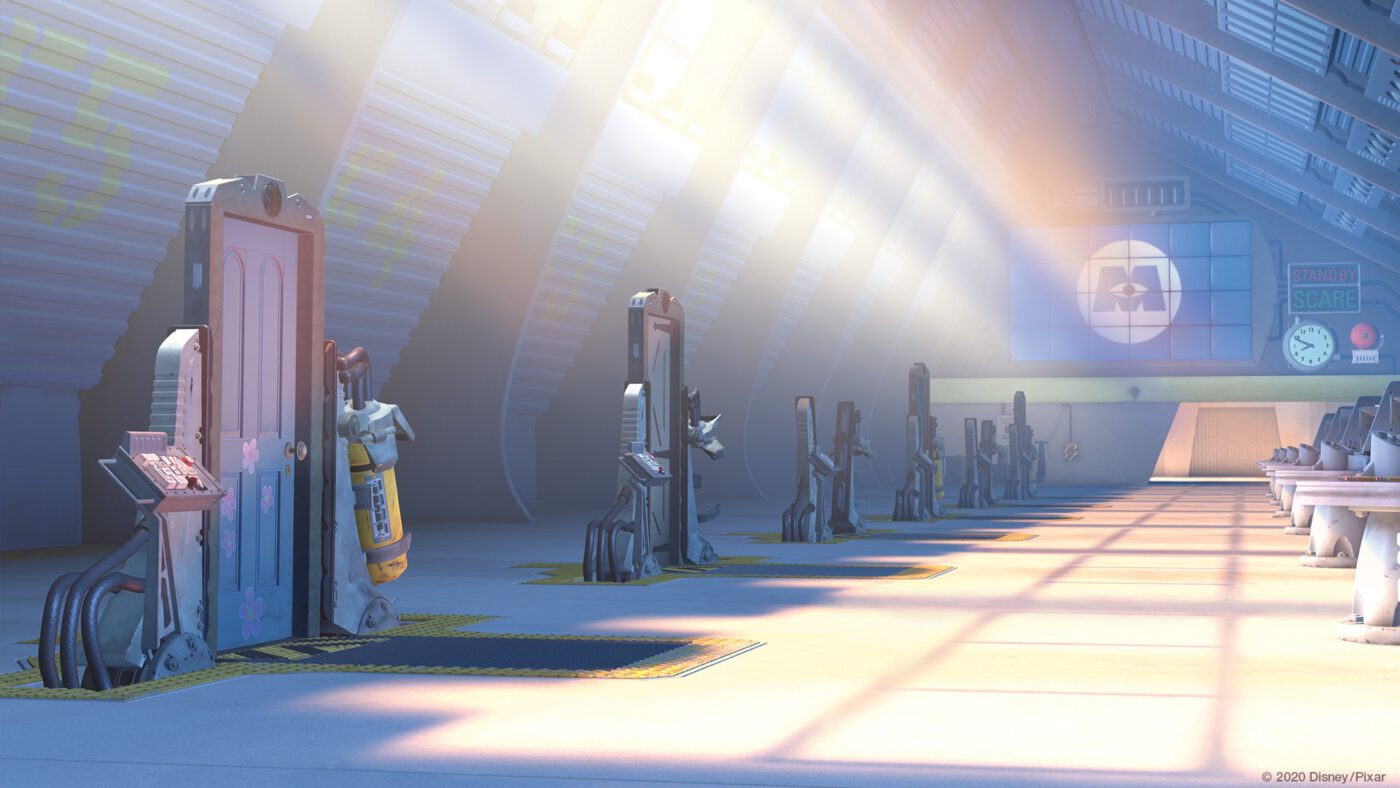 Pixar released a few images over on Facebook via the Toy Story page. In addition to Andy’s room, the collection includes memorable scenic views of our favorite Pixar films, from A Bug’s Life to Wall-E. Whether you want the mansion home from The Incredibles II or the underwater world of Finding Nemo / Finding Dory, or even the counter top from Ratatouille, they have you covered. Pixar even shattered our hearts anew with the living room from Up. There are several more to choose from, including a few from the new Onward film. Ultimately, though, we went with Monsters, Inc. Who can resist all those doors? All those rooms and stories to explore! Imagining what could be behind each one should keep you occupied during that meeting that could have easily been an email.

RELATED: How to Work From Home Successfully 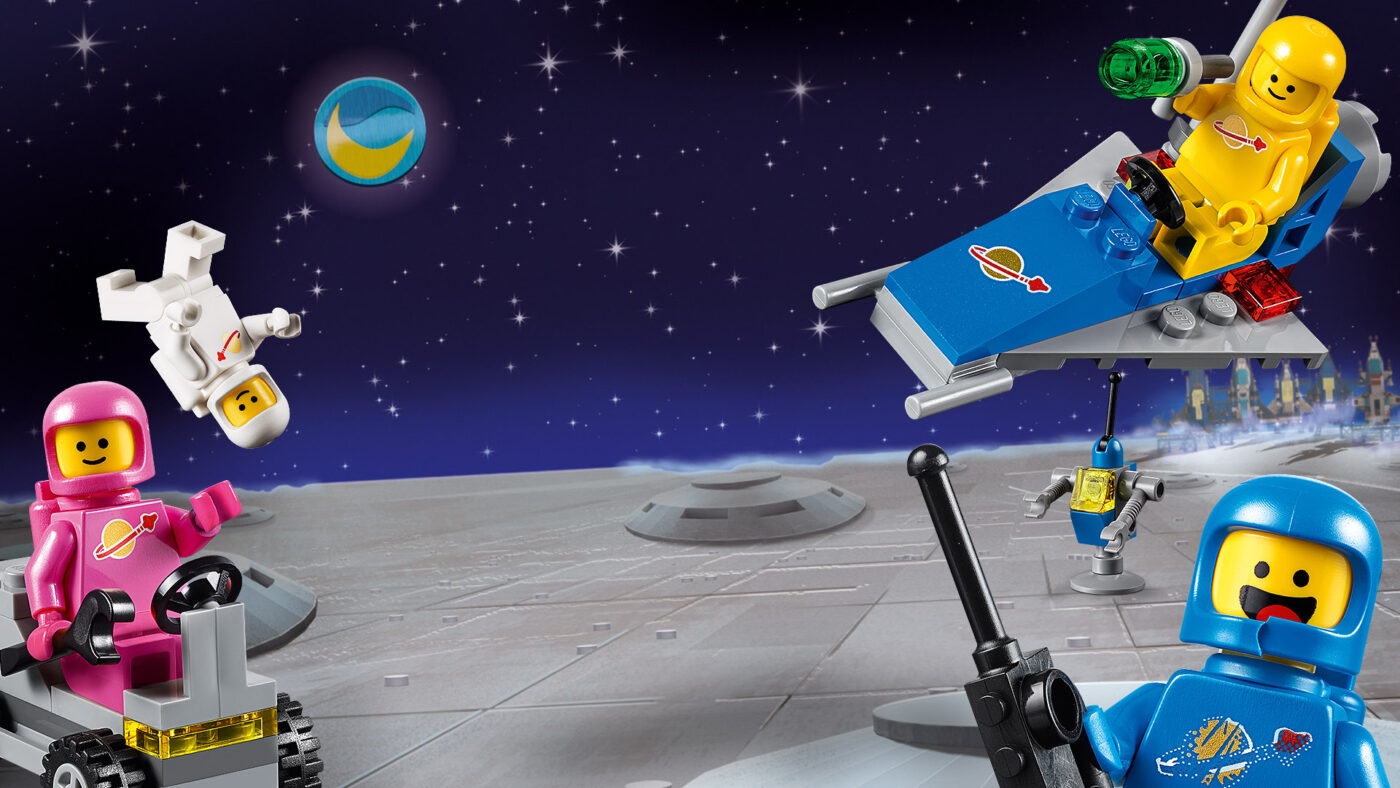 Whether The Lego Movie is your reason for wanting a Lego background or just your love of the building blocks in general, you can find a small collection of virtual backgrounds provided by Lego. The collection is inspired by their #LetsBuildTogether campaign and celebrates Lego sets and eras, from sailing the seas to the exploring the jungle, from their City collection to (our favorite) space! Find all nine backgrounds from Lego on the official Lego site and show off how everything is awesome in your little world!

While you could easily spend hours upon hours scouring NASA‘s free image library (which we highly recommend!), narrowing down which deep space or extraplanetary shot to use as a background could take awhile. Though NASA has compiled a small collection of backgrounds for your next video call, they are decidedly Earth-based and, dare I say, kind of boring. Thankfully, The Planetary Society has us covered with their selection of backgrounds! Choose between exploring space, hanging out on the lunar surface, or exploring Mars. As for us? We’re riding shotgun with Opportunity.

RELATED: List of 2020 Movie Release Delays and New Dates Due to Coronavirus

Several libraries across the globe have stepped up to provide backgrounds from their spaces, whether the shots be iconic or cozy. These places include the New York Public Library, Dartmouth Library, the University of Toronto Library, and Stanford; seek out the library or institution of your choice and see if they offer backgrounds, too! The selection of a library picture was far more stressful than it should have been – there are so many beautiful images of books and wood and cozy reading nooks! The Thomas Fisher Rare Book Library from University of Toronto edged out the others, though, for its decidedly Doctor Who vibe. Unlike the “Silence in the Library” episode, though, we hope only to find books and comfort in this library!

When DC dropped virtual backgrounds, they provided options! There is a small selection of wallpaper-esque backgrounds for Wonder Woman 1984, but the majority of the offerings are of Batman, Gotham City, and the comic-based universe. There are iconic locations from Gotham to Metropolis to Central City, as well as the Bat Cave and Wayne Manor. As for us, Geek Girl Authority is reporting in from The Daily Planet and hoping for a Superman sighting!

RELATED: Fans Are Finally Getting the Snyder Cut of JUSTICE LEAGUE 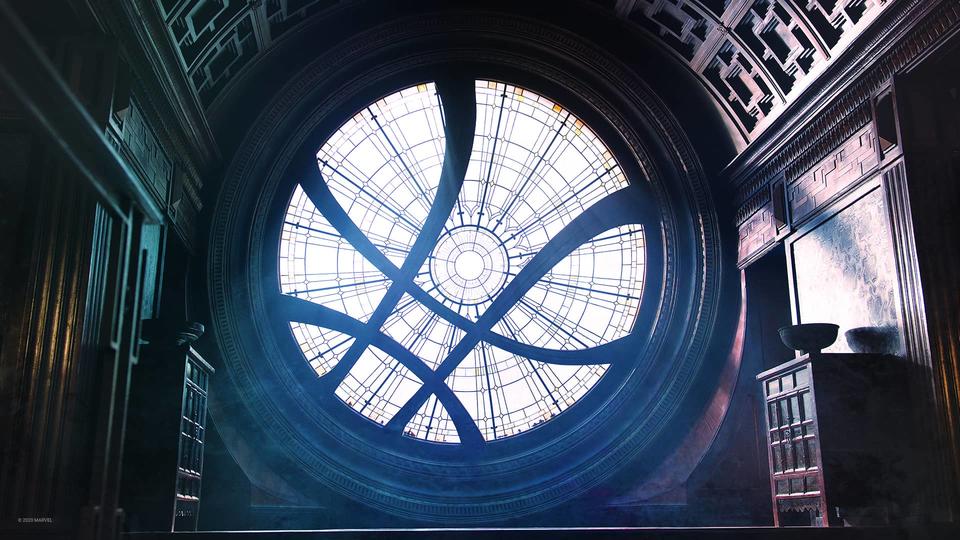 Not to be outdone, Marvel has released a selection of MCU backgrounds! While not as many to choose from, there are still pretty awesome locations, like The Grandmaster’s arena (Thor: Ragnarok), Wakanda (Black Panther), and Asgard (Thor). Avenger Tower and the Avengers‘ A are both also available, along with Tony Stark’s lab featuring one of the Iron Man suits mid-build. We’d rather hang out with Doctor Strange, though, so we chose the Sanctum Scantorum window. Do you think anyone would notice if we played with a few of the relics? 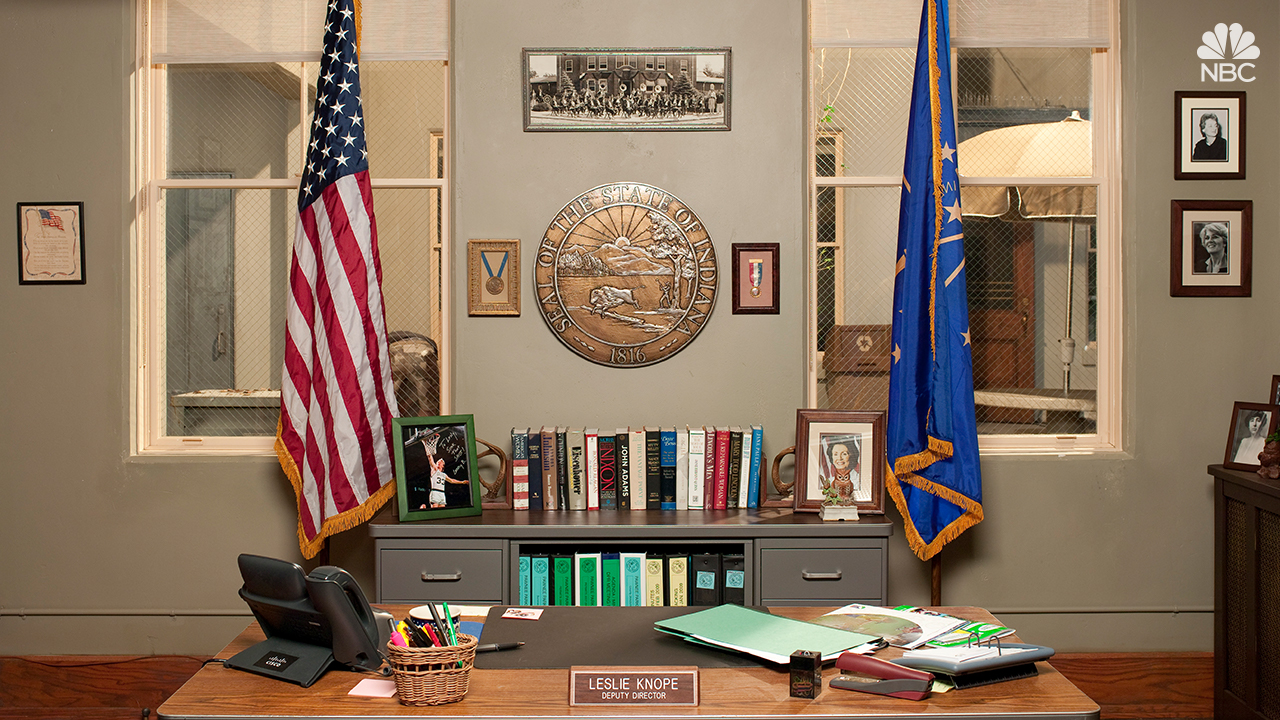 We all know that if Leslie Knope were a real person, this whole pandemic wouldn’t really be that big of an issue – because she’s got a binder playbook for every scenario. Her binders may not be physically tangible, but they are available on the shelf behind her desk! Which means that, with the Parks & Recreation virtual backgrounds offered up by the show over on Twitter, we sort of have access to them! Ok, not really, but it’s nice to pretend, right? And play pretend, we could! While we make believe we are Leslie Knope, solving the world’s crises, there are empty spaces for Ron Swanson, the general Parks Department staff, and an empty conference room. Which desk do you choose?

Fancy a trip to Hogwarts? Wizarding World unveiled backgrounds that span from specific rooms to general locations in the Harry Potter realm. There are even a few “behind the music” orchestral views and House Pride options. Though remotely working from Hagrid’s hut would be fun, we opted for the Room of Requirement; where else could we get the perfect cup of coffee and the motivation to stay alert during that never-ending video call? Just don’t forget to close those loopholes when making requests, right?

While we tried to keep our list at just 10 backgrounds, there are so many geeky option to choose from. Are you looking for Nickelodeon themes (which include Spongebob, Legend of Korra, and Avatar the Last Airbender) or for Fox properties (such as The Simpsons, Bob’s Burgers, and Family Guy)? What about your favorite spot or ride in the Disney parks? Or your Nintendo favorites, like Pokemon: Let’s Go, Mario Kart, or Animal Crossing? There are so many across the internet! What background will you be using?