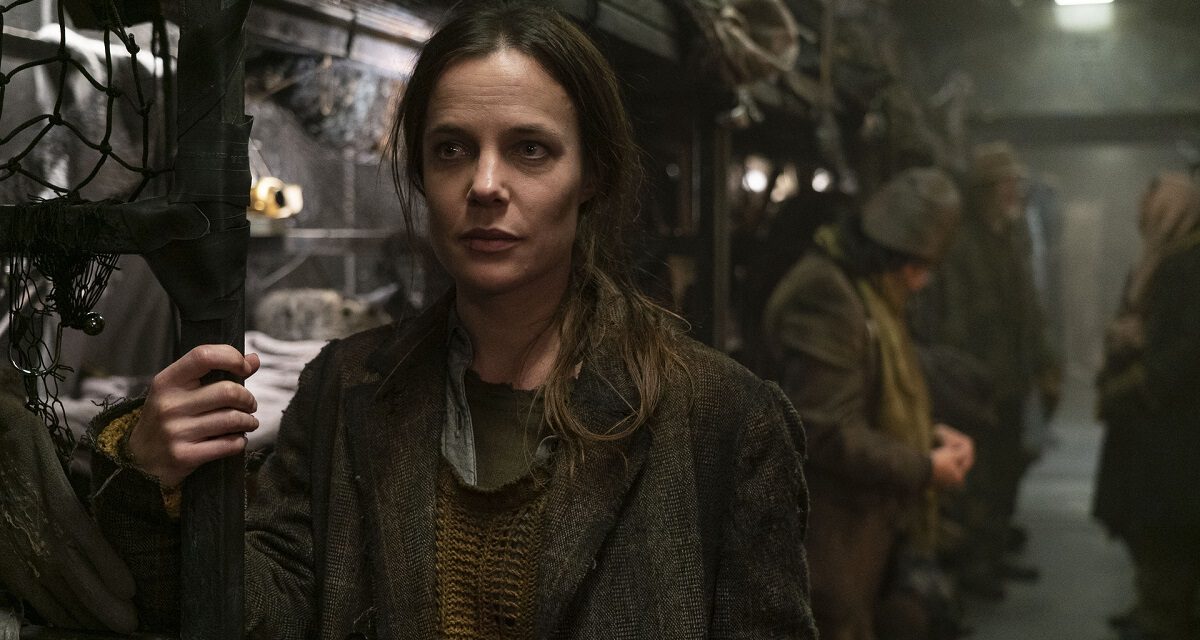 Welcome to this week’s installment of Geek Girl Authority Crush of the Week, wherein we shine a spotlight on strong women who inspire us. Now, this not only includes fictional female characters in geeky media, but creators as well. These ladies are a prime example of female empowerment and how crucial it is for kids to have said example to follow.

DISCLAIMER: The following is rife with spoilers galore for TNT’s Snowpiercer. You’ve been warned. Proceed with caution. 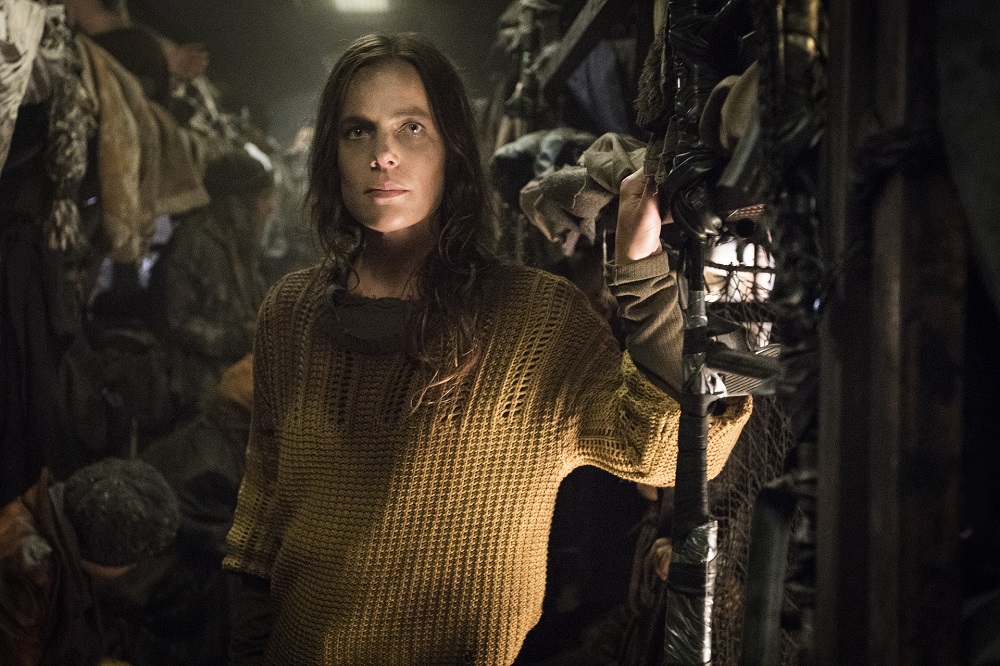 Josie Wellstead (Katie McGuinness) worked as a veterinarian prior to The Freeze. Besides that, not much is known about her life before Snowpiercer. While taking up residence in the Tail, Josie took a young boy named Miles (Jaylin Fletcher) under her wing after his biological mother perished. The pair formed a mother-son bond and Miles frequently referred to Josie as his “Tail mom.” She was romantically linked to Andre Layton (Daveed Diggs) and actively fretted over him when Melanie Cavill (Jennifer Connelly) selected him to solve a murder up train. She was considered a secondary leader (after Layton) in the impending revolution to upend Snowpiercer’s class system.

Next, Josie began disguising herself as a sanitation worker so she could communicate with a former Tailie in third class. Said former Tailie would then pass vital messages to Layton while he worked on the homicide case. Josie played a significant role in planning the revolution and solidified allies along the way. In addition, Josie freed Layton from stasis in the drawers after the latter was poisoned by Melanie.

Later, Layton’s ex-girlfriend Zarah (Sheila Vand) outed Josie to Melanie as the person who helped Layton escape the drawers. Melanie and her guards took Josie captive and proceeded to interrogate her. However, Josie remained stalwart in her resolve to keep the revolution a secret. Melanie froze Josie’s finger with icy vapor from the outside world and smashed it into pieces with a hammer. While Melanie was preoccupied, Josie enlisted Bess Till (Mickey Sumner), a brakeman aboard the train, to help her freeze the remainder of her hand.

Next, Josie broke free of her handcuffs. She physically fought Melanie with only one hand. Josie attempted to choke Melanie with a hose, but the latter gained the upper hand. Melanie fled the scene, locked the door behind her, and left Josie to freeze to death.

Now, Josie is the real deal. She’s resilience personified, for starters. The word “quit” is not part of Josie’s everyday vernacular. In addition, her tenacity is downright admirable. Never once did she allow her personal feelings to impede her role in the revolution. Josie was selfless enough to take in a child that wasn’t her own. Not only that, but Josie’s immensely kindhearted and loving. It’s unsurprising that she was a vet before The Freeze. Only the truly tenderhearted could work in that vocation. Of course, I’d be remiss if I didn’t acknowledge Josie’s heroic sacrifice. She knew she wasn’t going to make it out alive, despite Melanie’s word to the contrary. She also refused to elicit any crucial information, including Layton’s location.

Josie even kept Till’s name out of the conversation after the latter contributed to Layton’s escape. Josie withstood the excruciating pain of losing a finger to extreme frostbite. She had Till freeze her entire hand so she could break free of her handcuffs. Then, she proceeded to fist fight Melanie with only one hand at her disposal. That takes guts. If I had to look up the word “badass” in the dictionary, Josie’s face would be right next to it. RIP to a true heroine. A fighter til the very end. 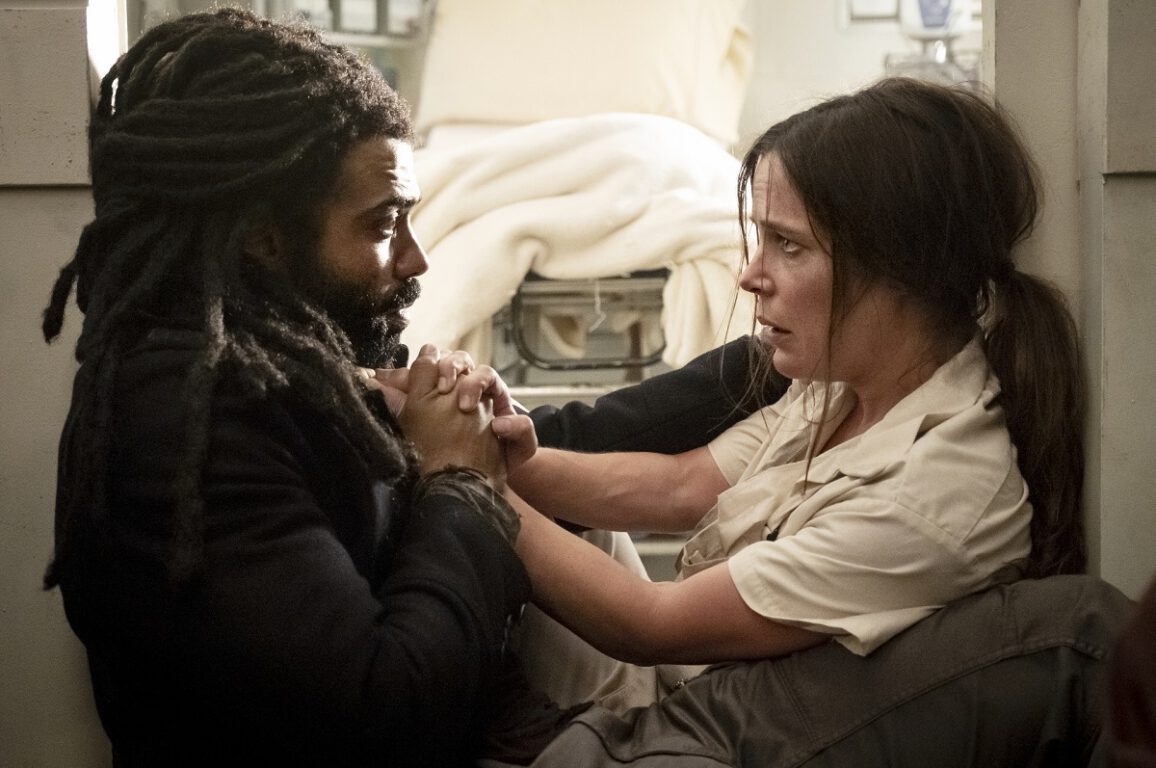 Why does she matter? Josie is proof that sensitive girls can be strong too. She propelled the revolution to new heights with her intellect and willpower. She also understood that the cause was bigger than her. It exceeded her own needs. She was selfless enough to want freedom and equal rights for everyone aboard Snowpiercer. She literally fought until her last breath to ensure that the revolution would come to fruition. In fact, her death catalyzed Layton’s own resolve in the fight. Layton successfully seized control of the train and Josie’s death, while heartbreaking, contributed to that.

RELATED: Looking for another strong female crush? Check out our Geek Girl Authority Crushes of the Week here!