Games For Lovers Who Love Games

Looking for ways to have an inexpensive, yet intimate evening with your Valentine? Then you should consider these tabletop games to get you in the mood – aka “nerdplay.” This list includes games that are either specifically designed for, or work great as, two player games. Let’s get it on!

Can’t afford a trip to an exotic destination? Lost Cities gives you the opportunity to get your Indiana Jones on for under $20. It’s easy to learn and moves very quickly, with each player simply playing a card and then drawing a card on his or her turn. That’s it. The goal is to play the highest valued cards to each of the 5 locations on the board in order to score the most points. There are great decisions to be made on each turn and the tension ramps up fast. Plus the artwork in the game is very attractive. Whip not included. 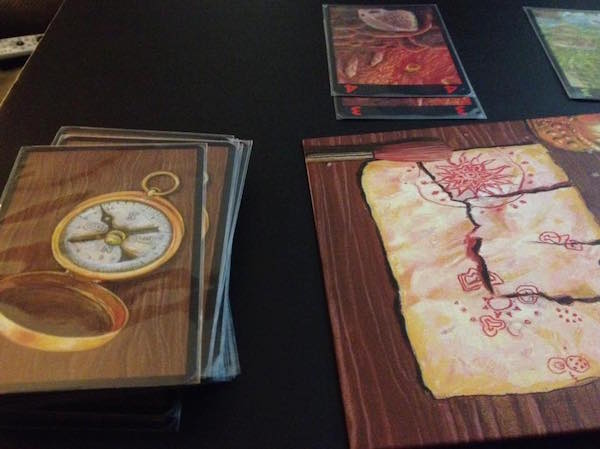 If you want a fresh way to show your nerd lover how sexy brains are, try Agamemnon. A strictly two player game, Agamemnon is an abstract puzzle where each player is a Greek God, manipulating and controlling the strings of fate. Players each have identical tokens with various powers to play during the game. The tokens are placed face down next to the board. On her turn, the player randomly draws two of the tokens and places them on the board. Depending on the placement of the tokens at the end of the game, they will score influence for the players. The player who influences the most strings of fate wins the game. For such a simple set of mechanics, you will feel the pistons firing in your brain as you decide where to play each token. 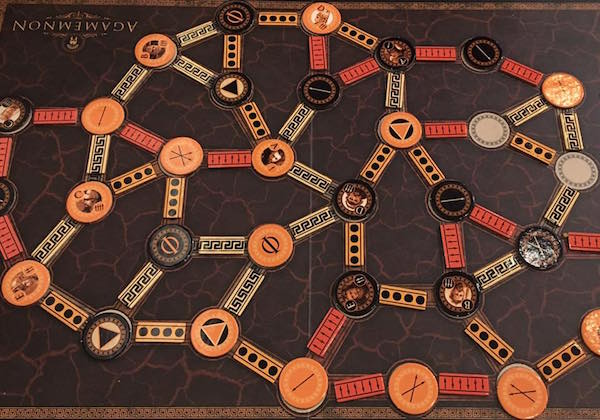 Don’t you just love watching HGTV? I do…. (Is she still behind me?) I’ve logged my share of fixer upper and dream house shows over the last few years. You know – “I’m a school teacher and he’s a brick salesman, so our budget is only $750,000.” – Eyeroll…. Dream Home is an easy card grabbing game, where players take two cards each turn and try to place them in the most ideal locations in their home. Assemble rooms to score maximum bonuses and you will be able to boast of your mad design skills. This will lead to making your significant other angry, which will lead to a fight, which could lead to…. well….. but I digress. Dream Home features excellent components and art, with each player getting a board in the shape of a three level home. The cards are designed in such a way that each floor looks continuous no matter what rooms you place. The two player game is fairly benign, with players having enough helpful cards available to draw from each turn, so that you rarely find your opponent blocking you by taking a card you need. The overall design and streamlined package of Dream Home lends itself to a perfect couples’ game. 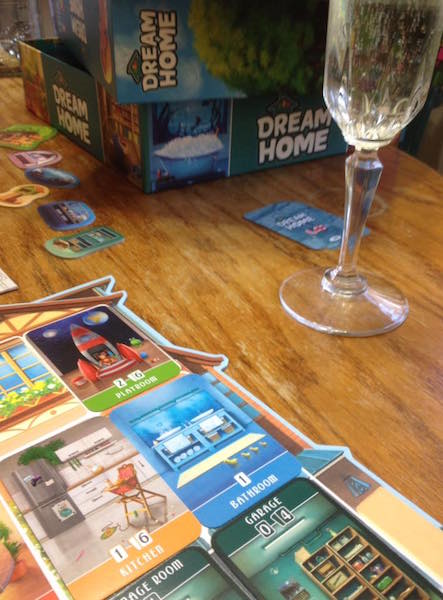 This fresh new game sports a 3-D board representing the island of Santorini. Santorini is another abstract game that has brain burning strategy reminiscent of Chess, but with rules as simple as Checkers. Players each have 2 tokens on the board. On a turn, a player moves one of the tokens and then builds a piece of a building in a space next to their token. Buildings go up to 4 stories. To win the game, a player must move one of her tokens to the third story of a building. You can also win if the opponent is unable to move either of his tokens, though that is much rarer. The game also comes with cards representing many different Greek Gods. Each player gets a card to keep at the beginning of the game. For the rest of the game that player will have a special rule that will apply only to them, based on the God’s power, such as the ability to move a token two spaces instead of one, etc. These cards change the dynamic of each game, with players having to adapt to the rule-breaking each card introduces. It is a very clever way to insure replayability in an otherwise straightforward game. While the game plays up to 4 players, it was mainly designed as a 2 player game, and excels as such. This is a must play for you and your nerdy love. 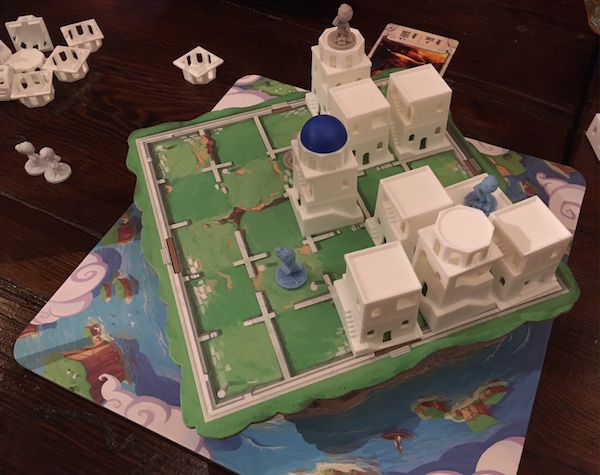 Well, there you go. Make love (not war) this Valentine’s Day. Thanks for reading, remember to keep nerding on, and always…. ALWAYS…. let the Wookie win.

For these and other geeky games, check out www.dicedropgames.com