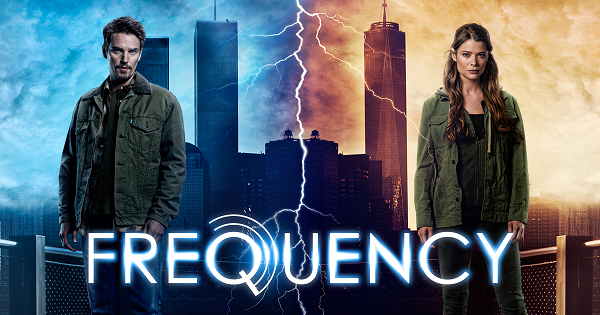 Can you really change your fate?

Another week another episode of Frequency! Last week, Raimy and Frank solved the murder of Benny Arcaro by using Raimy’s ability to remember things from both Timeline Prime and Timeline Now. It was also a Stan Moreno-centric episode so we got a glimpse as to how truly dirty he is. This week, we’re back on the trail of the Nightingale Killer. 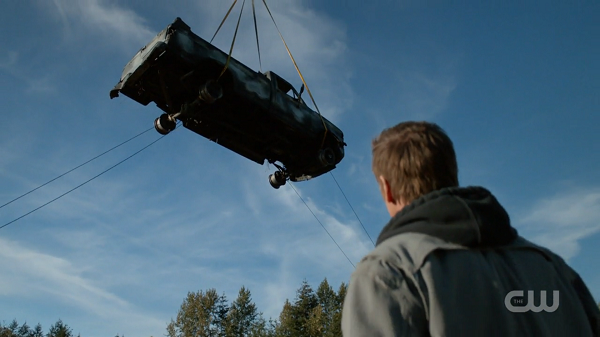 A few episodes back we saw the Nightingale Killer torch his blue pickup truck with the white camper.  This week, we finally see the charred remains of the truck with a body buried underneath. With the truck gone, Frank has nothing else to work with. Not only that, Frank also believes that the body they found was Carmen Salinas. Could the Nightingale Killer be sending Frank a message at this point? Maybe even mocking him? Satch believes that if they look at all the security footage from all the local hospitals that maybe they would be able to identify the killer by looking for the truck.

Frank tells Raimy about how close he was to capturing the Nightingale Killer when he was stalking Julie at the park. Unfortunately now all he has the remains of the truck. In two days, the Nightingale Killer will take another victim, Amanda Baldwin (Amber Friendly). Raimy wants to use her as bait. Frank doesn’t really agree with putting Amanda in that much danger, but he agrees to it.

Back at Raimy’s house, Kyle (Rob Mayes) is there making breakfast for her after spending the night. Is she finally moving on from Daniel? Uh no, not even a little. Riding the subway to work, she bumps into Daniel (Daniel Bonjour) again. Raimy feels that this is a sign of things that are meant to be. Daniel isn’t quite on board with that line of thinking.

Watching the security footage has yielded some success. Frank notices the truck a few times when Amanda Baldwin is arriving to work which confirms his theory that the Nightingale Killer is actively stalking Amanda. Satch gives him two police cars and 24 hours to prove that Amanda is the next target. 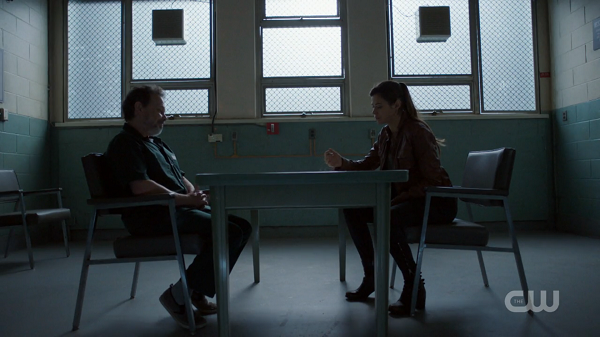 When Raimy arrives to the precinct she is inundated by the press. She vows that they will bring the Nightingale Killer to justice. Satch meets up with her and tells her that someone at a prison downstate has requested an audience with her. Arriving there, she meets Karl Pierce (Curtis Armstrong), who claims that he can give her answers about both the Nightingale Killer and her mom because he is able to talk to his future self. Crazy at it may seem, this piques Raimy’s interest enough to hear him out.

Back in 1996, Frank and Julie are having a serious discussion about the detail in front of Julie’s house. Julie does not like the fact that they are there and that she’s scared. She doesn’t want to expose Raimy to any of it. Frank assures her that everything will be okay, and that he is going to watch the house at night. Julie then drops a bomb on him: she’s going on a date. That’s pretty quick since they just separated.

Karl continues to talk about this communicator that he built and the science behind it. According to him his future self told him that the man he murdered, Steve Fishman, would have killed 6 children in a drunk driving accident had he lived. Karl views himself as a crusader of justice, which further sends Raimy into skeptic mode, but because of her talks with her dad, she continues to give Karl an audience. Maybe there are other people who can talk to people in the future and not just the Sullivans. Raimy waits patiently for her Nightingale tip but Karl is being far from helpful.

Frank and his team prepare to watch Amanda. Before he heads out, he is stopped by Stan. Stan gives him a tip that someone is selling Little Jay’s drugs even though Little Jay died a while back. Stan believes that it might be Ricky’s family and asks Frank to give his “pretend friends” a warning. Frank immediately gets on the phone and leaves a message on someone’s phone. This becomes important later on. 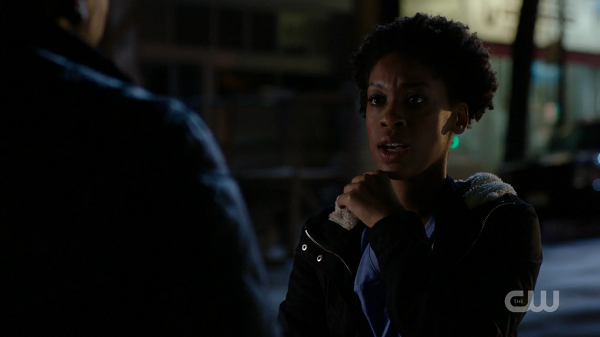 That night Frank and Satch are staking out Amanda’s location. Within minutes they have their eyes on her, but Frank spots a suspicious figure that is also watching Amanda from afar. As Amanda walks by a guy in a hoodie, he starts to follow her. With no eyes on the guy, Frank and Satch chase her down just as the suspicious man is about to pull something from his bag. The rest of the team shows up and they stop him, but he’s only slinging bootleg CDs. He’s definitely not their guy. Frank tells Amanda about a Nightingale Killer siting and assigns someone to protect her for the night. 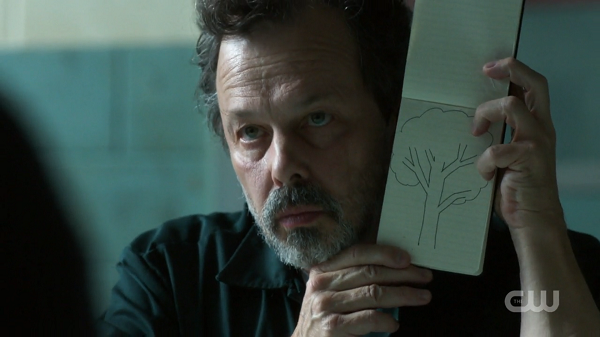 Back at the prison, Raimy finds out something about Karl. Apparently Karl has been harassing his neighbors and the one he murder, Steve, had a restraining order on him. Not only did he kill Steve, but he also injured a fellow inmate. Karl holds on to his idea of being a crusader for justice but only if he can get to his communicator. Raimy asks him how the machine works, so he draws heir a picture of a tree. He explains that a person’s life is a tree. If they prevent the Nightingale from killing someone (a branch of his tree) then another one will grow back. Meaning he will just kill someone again. In order to change the future, they have to cut off the trunk. If Raimy can get Karl to his communicator, then he can help her track the Nightingale.

At home, Raimy tells Frank about what happened with Karl. Maybe he is telling the truth and he’s like them. Frank tells Raimy that he is going to tell Amanda that she is in danger, thereby ruining the use her as bait. Raimy is completely against it, but Frank knows that they have to tell her regardless of the consequences. It’s the only way to save Amanda. Raimy also worries that this will affect their chances of saving Julie, but Frank believes he is doing the right thing. 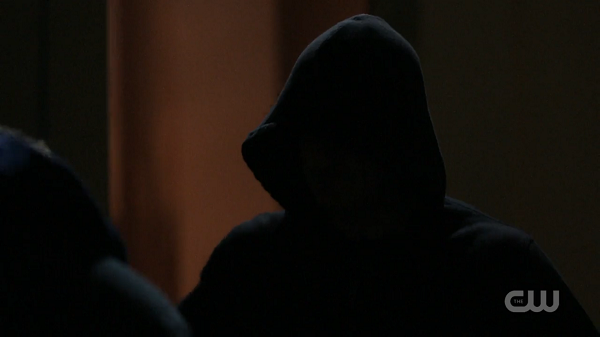 At Amanda’s house, Frank tells her that she is a potential target for the Nightingale. While he’s talking to her, we can see someone else is in the house. Moments later Frank notices it too. Since Amanda should be the only one in the house, Frank gives her his keys and sends her out of the apartment. Drawing his gun he looks for the intruder. Of course, the intruder is the Nightingale. He catches Frank by surprise and beats him up. The Nightingale takes his wallet, looks through it, and throws it back at Frank before he passes out.

Raimy looks at the police report on Amanda. It looks like Frank was able to save her but her mother is still missing.

Frank tells Satch watch happened but unfortunately he wasn’t able to get a clear view of the guy. Frank thinks that now the Nightingale is having some fun with him. Frank is glad that Amanda is ok, but the Nightingale is still out there and Julie is still in trouble. Knowing that he can’t do anything right now to save Julie is beginning to drive him crazy. But Frank has a secret that he needs to tell Satch: Frank was with another woman while he was undercover. WHAT?

At the prison, Raimy sees Karl one more time to give him the news that he was wrong.  Team Sullivan was able to prevent the death of Amanda Baldwin. Karl insists that there will be another death and Raimy gives him one hour alone with his communicator so he can get information. 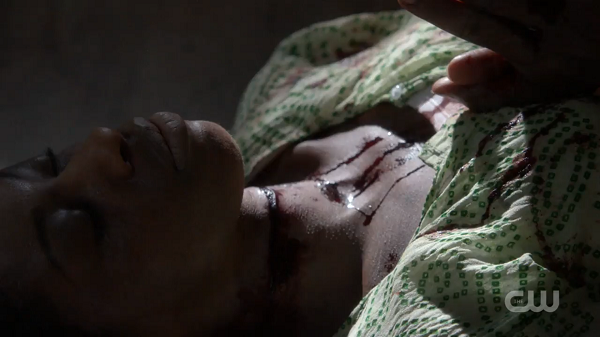 As she is leaving Karl, she receives a call to a crime scene. Arriving at an apartment, she is shocked to find the body of Amanda Baldwin lying on the floor. They weren’t able to prevent her death after all. On the t.v., there is a looped video of Raimy telling reporters that they will catch the Nightingale Killer. It’s obviously a message. Satch shows up and he remembers that they saved Amanda back in the day. He tells Raimy that Frank thought the Nightingale Killer was leaving him messages to toy with him. As Raimy is observing the body, she notices a piece of paper in Amanda’s hands.

Walking out of the apartment, Raimy runs unto Daniel again on the street. Now it’s just getting creepy. Perhaps it is fate that is driving these two together. If that’s the case, can one ever really escape their fate? 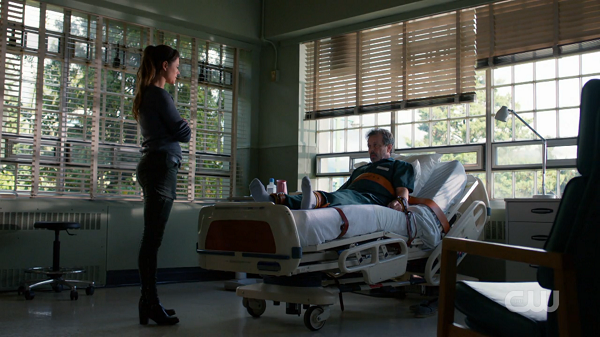 Back at the prison, Karl has managed to kill another innate. Raimy shows sup and pieces it together. Karl was using her to get back into the shop room so he could kill an inmate that he had a beef with. Karl believes that the guy was going to kill a family of five, but that would have been impossible since the guy was in prison for life without parole. Raimy still tries to work with Karl, but it’s no use, he’s insane and will be of no help to her.

Back home, Raimy tells Frank about what happened with Amanda. Frank is bummed that she died, but Raimy reminds him that she had a full life. The problem is, if they tried to save Amanda but in the end she died, then what does that mean when they save Julie? Wil she eventually die by his hand. With this logic, Raimy tells Frank that he has to kill the Nightingale. He wants to have nothing to do with that. Frank is a cop, not a murderer. Raimy reminds him that it’s her mom on the line and she needs to be saved. 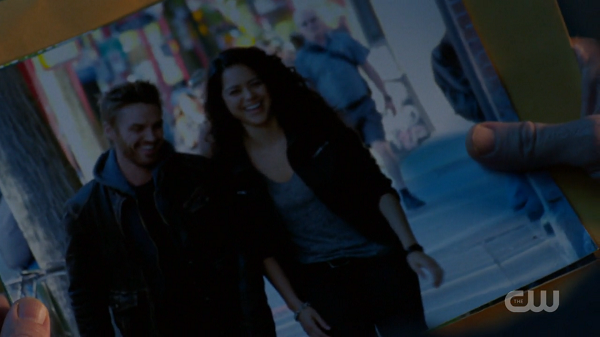 At Julie’s home, Frank is starting his night watch. Julie and him talk a bit, and it’s good. Stan, however, has left a package for Frank. In it are pictures of Frank and an unnamed woman. Stan knows that Frank was with another woman while he was undercover. Ah leverage.

In the end, we’re no closer to catching the Nightingale Killer than we were last week. One potential victim was saved but she was ultimately fated to die at the hands of the Nightingale Killer. This brings up an every interesting adversary for Team Sullivan. How can you go up against fate and win? 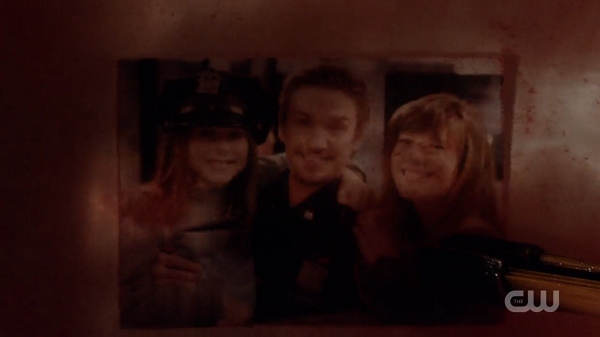 And it looks like the piece of paper pulled from Amanda’s hands wasn’t paper after all. It was a photograph of Frank and his family. The Nightingale Killer is now on to them.

Next week Frank finds out that the Nightingale Killer is delivering a message, Frank warns Stan to stay away from his family. Raimy tries to keep Satch in the game.

Frequency is at 9pm PST on Wednesdays on the CW.