The lucky kids over at IGN had a very good day today — they got four exclusive photos for the upcoming Marvel series from Netflix, Iron Fist.

The series will follow Danny Rand (Finn Jones) who is stranded in the mystical city of K’un L’un in Tibet, the lone survivor of his wealthy family’s plane crash. In K’un L’un, he trains for his entire life to become the living weapon known as “The Iron Fist.” Finally, as a young man, he’s allowed to leave K’un L’un — after it reappears on the Earthly plane — and he seeks out his family’s killers for vengeance.

Along the way, he meets another very gifted martial artist named Colleen Wing and the two of them become fast friends and allies.

It’s unclear how any of those relationships will work in the upcoming series from Netflix, but in these pictures we can see that Danny Rand and Colleen Wing, at some point in the series, seem to work together very well. 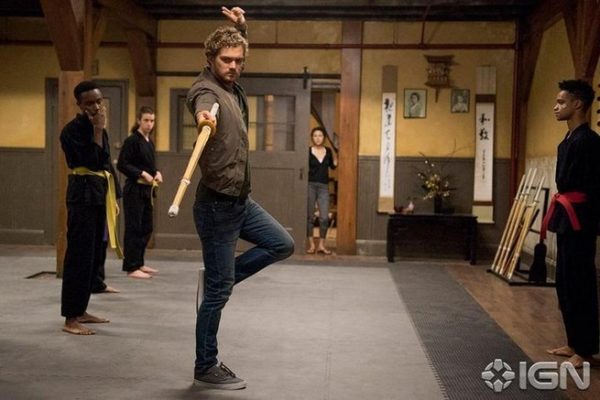 In this first picture, we see Danny Rand apparently training in a dojo, that we are assuming Colleen Wing either owns or simply works out of. Remember at the end of Luke Cage when Claire Temple (Rosario Dawson) sees an ad posted on a lamppost for martial arts training from Colleen Wing? We’re guessing this is her dojo.

It’s not 100% clear what Danny Rand is doing in this image, but he’s either training the other kids in the class or he’s showing off — it’s believable that the kind-hearted but ego-centric Rand would do both. 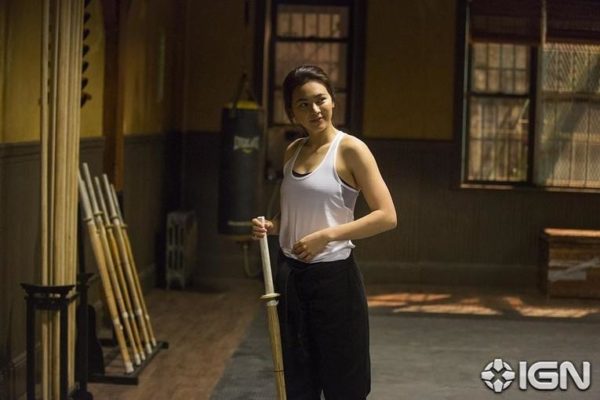 In this second picture, we simply have Colleen Wing (Jessica Henwick) picking up a practice sword similar to what Danny Rand is holding. Our assumption? Rand and Wing are about to do a little sparring. 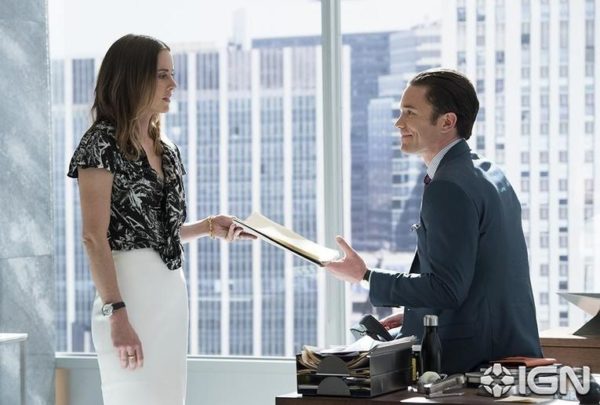 In the third picture, we see the two children to Harold Meachum, the man behind the murder of the Rand family. In the comics, he allowed both of them to die on a mountain side, but in the series it appears that he sabotages their plane so that it crashes in the mountains. The two kids here, Joy (Jessica Stroup) and Ward Meachum (Tom Pelphrey), grow up to have a vital role in the family business, that is still co-owned by the Rands.

Finally, we’ve got both Danny Rand and Colleen Wing hanging out on what appears to be a waterfront area. They are, of course, with Nurse Claire Temple who is required in every Marvel Netflix series. They all have concerned faces, which really could mean anything. 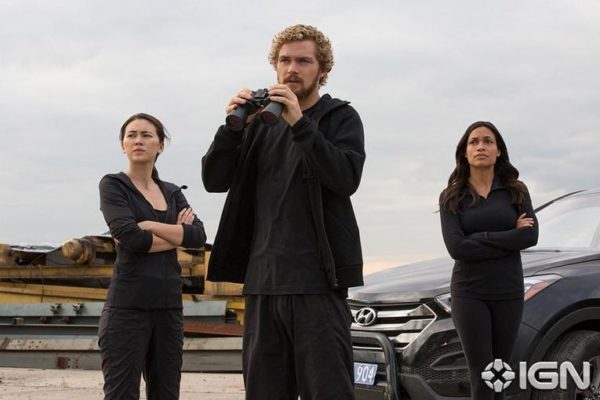