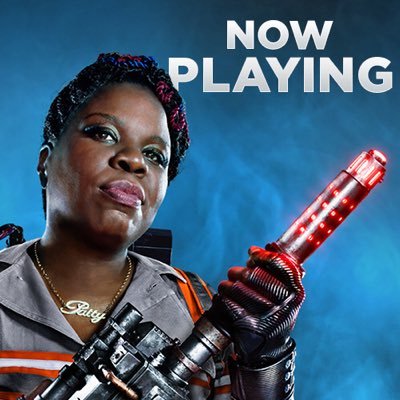 *Update – I called it! If you scroll down to where I said “NBC, you better hire her to cover the next Olympics!”  you will understand that I am some kind of prophet. According to Deadline it didn’t take long for NBC to notice Leslie Jones’ coverage. Thanks to Mike Shoemaker, producer of The Awesomes, Late Night With Seth Myers and SNL, who tweeted this to NBC Olympics executive producer, Jim Bell:

note to my friends @jfb & #nbcolympics:
Get @Lesdoggg to Rio & give her a microphone.
30% more USA gold + #ratings https://t.co/ZqwTOwhygs

Jim Bell, has now, officially invited Leslie down to Rio and apparently they are already working out the details!

Congrats Leslie, I can’t wait to see what you bring!

Seriously, if you aren’t following Leslie Jones on Twitter for your Olympic coverage, you are missing out!

The always hilarious star of Ghostbusters and SNL has a great twitter presence, which I discovered while watching Game Of Thrones. She’s so amazing at live tweeting, that Seth Myers did this, because he missed a Sunday watching GoT and was following Ms. Jones.

Here are some examples of her Olympic Coverage:

Yep I love the Olympics it's the only time all countries come together to compete! I love it!! pic.twitter.com/YQue72tQ5c

Water polo? How they get the horses in the water?! I kid I kid! Olympic humor!! Lmao having so much fun!!

Ok I don't care how weird his hat is. He is FIONE!! Ok focus!! USA USA USA! So cute….no USA USA USA!! pic.twitter.com/IAuMKKOJt8

Are you fucking kidding me my shoulders would be all pulled out pic.twitter.com/L4onL6cPWm

I can't even get the electric slide right I know I'm fucking this up pic.twitter.com/bDxCttQxaq

NBC, you better hire her to cover the next Olympics!