Season 2 of the boundary-shattering podcast DUST (produced by Gunpowder & Sky) premiered in March 2020, just in time to get listeners through their quarantine blues! FLIGHT 008, now boarding!

Flight 008– another anthology like the first season of DUST (Horizons)- takes place on a single outbound flight from Tokyo to San Fransisco. Written by eleven of the biggest writers in science fiction, stories are told by seat number (and by top actors in the business including Danny Trejo, Dan Stevens, Calista Flockhart, Reid Scott, Keith David, and Alfred Molina!). The second half of the season has yet to be released, but, trust us, this show is a rocketing climb to 37,000 feet and a thrilling (and unexpected) flight path for all listeners!

If you missed the first season of DUST (Horizons), we still recommend you check it out (It’s amazing!), this season is all about a single prompt: What happened to the passengers of ANA Flight 008? It’s not in the sky (We know there was a time wrinkle), but they do land, 20 years in the future.

“What if you opened your eyes and found yourself in the future?” KAI, DUST‘s narrator posits at the beginning of each episode. It’s an interesting thought experiment. What would you do? Lucky for listeners of Flight 008, we get to find out what 11 unwitting time-travelers went through when their plane landed not only on another continent but in the year 2040. Who are they now? What will their lives become?

This is an immensely enjoyable series, with tight writing and moving performances all around. Gunpowder and Sky are known for producing high-quality Youtube videos, but their podcasts are above and beyond. The first season set the bar high, but they managed to surpass all expectations!

Every character in the series feels very real which leads you to want each character to have a happy ending. I particularly clicked with the passenger in seat 14C. This podcast reminds me of The Penumbra Podcast, in terms of set up, although the feel of the show is very different.

This series was absolutely breathtaking in its entirety. Each episode mesmerized me with their use of realism, sci-fi, and brilliant voice acting. This season was extremely binge-able, and left me wanting so much more! What happened to the other passengers? I want to know! All the best shows do this, though, therefore count this one as one of the best!

What I find exciting about listening to Flight 008 is fascinating science fiction writing. The cohesiveness of the season doesn’t overshadow any of the individual voices of the writers, or the actors. The futures expressed in the podcast are so hopeful, exactly what the world-in-crisis needs right now.

I also enjoyed the sound quality, which was pitch-perfect. The sound mixing as well was top notch. Nothing ever overshadowed the narrating voices, even in scenes where it would have been easy- from busy stations to outside among crowds of people.

Gunpowder and Sky has a lot to be proud of. This podcast is proof of the attention and care they take with all of their projects.

Flight 008 is the second season of DUST (the podcast). It premiered in March 2020. It is a stand-alone anthology. DUST is produced by Gunpowder & Sky. Podcast episodes are 20-30 minutes long, written by Nancy Kress, Daniel H. Wilson, Ken Liu, Charles Yu, and more. Flight 008 is performed by a variety of voice actors including Danny Trejo, Dan Stevens, Calista Flockhart, Reid Scott, Kieth David, and Alfred Molina. Flight 008 is sponsored by XPRIZE and ANA Airways. DUST (Flight 008)  is available on Youtube, iTunes, Stitcher, Podbay, and wherever you find podcasts.

If you like the podcast, feel free to check out the Youtube channel, DUST, which releases high-quality science fiction short films every week, also produced by Gunpowder & Sky.

If you’d like to see your podcast reviewed on Geek Girl Authority, shoot me a request @CarolynDWrites on Twitter! I can’t wait to hear what you’ve created! 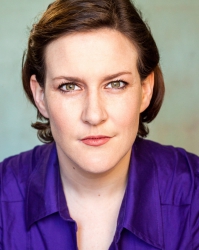 In this week's #OnyxEquinox, Izel must confront both the loss of his sister and his new destiny as the gods' chosen emissary. Read our recap below!

Saturday Morning Webtoons: THE KISS BET and BRIMSTONE AND ROSES

Need gift ideas for Christmas? I got you covered, #Earpers! Best of all: these items are from small businesses. Huzzah!