This week has been a roller coaster of emotions for Once Upon a Time fans.

On Thursday, ABC renewed Once Upon a Time for Season 7 then turned around and announced that Rebecca Mader would not be returning. 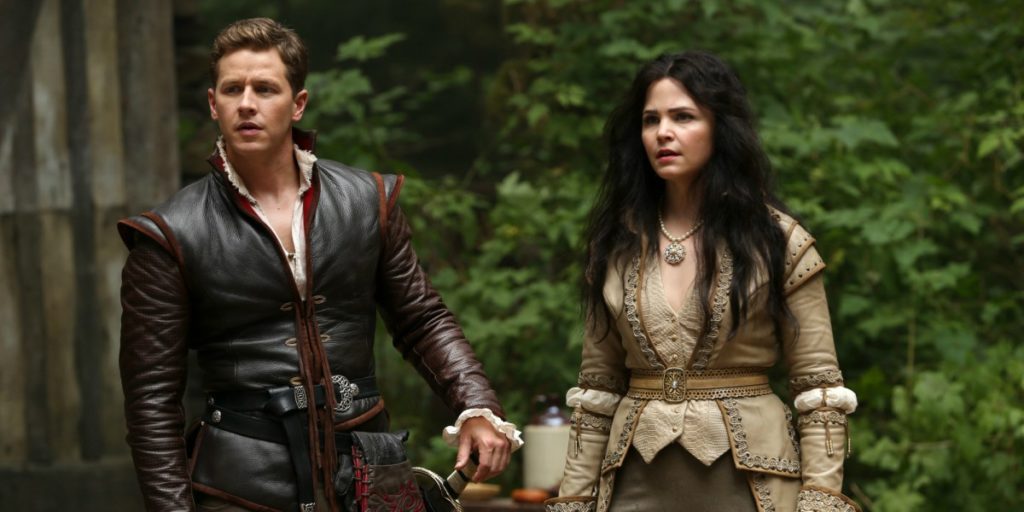 Friday, ABC announced that Emilie De Ravin, Josh Dallas, Ginnifer Goodwin, and Jared Gilmore have all been released from the show along with Mader. This all came after Jennifer Morrison announced on Monday that she chose to leave the show after six seasons.

RELATED: Jennifer Morrison’s Swan Song on ONCE UPON A TIME

Dear #oncers. I wanted to tell you guys myself, but it seems the news was already released :/ … I won’t be returning to #onceuponatime for Season 7. While I would have loved to continue exploring Belle’s journey, the show has decided to move in a different creative direction. Massive thank you to all the fans for your incredible love & support towards me & this character over the past 6 yrs. It’s been an honor & a privilege to bring Belle to life 🙂 Congrats to Adam & Eddy & the returning cast & crew!! I wish you all a wonderful 7th Season!! Much love 💙xo

No word from Josh Dallas, Ginnifer Goodwin, or Jared Gilmore about their departures.  All three were original cast members along with Morrison, Lana Parrilla, and Robert Carlyle.  De Ravin first appeared as Belle in season two and Mader came aboard as Zelena in season three.

Once Upon a Time boss Adam Horowitz released a statement about the exit saying,

“Words cannot do justice what Ginny, Josh, Emilie, Rebecca and Jared brought to ONCE UPON A TIME…each brought unique talent, incredible intelligence, and their own individual bit of magic as they gave life to these iconic characters.“

So what does this mean for the Once Upon a Time season finale?  The show will center on Rumpelstiltskin (Carlyle),  Captain Hook (Colin O’Donaghue), and Evil Queen/Regina (Parrilla) going forward.

RELATED: ONCE UPON A TIME Season Finale Recap (S06E21&22) The Final Battle

According to the show runners, Sunday night’s season finale will provide a “sense of closure”.  Horwitz and Kitsis told Entertainment Weekly that they intended for the show to go in a new direction.  However they said this new direction is not a complete overhaul of the show.

“We’ve been telling a story for six years now for these characters,” Horowitz said, “and now we’re trying to complete the story, but that doesn’t mean they don’t have other stories.”

The Once Upon a Time season 6 finale airs Sunday, May 14 on ABC.

Read all of season six Once Upon a Time recaps here

For all of you Zelena fans, here is Mader’s IG post:

To my Darling Pretties, First of all I would like to start by congratulating Adam, Eddie, Lana, Bobby and Colin on the pick up of Once Upon A Time! I am truly happy for you all and most importantly for the fans that will get to keep tuning in each week to see where they will take us. A lot of you have been asking if I will be joining everyone in Season 7, so I wanted to let you know personally that unfortunately I am not. This wasn’t my choice but a creative decision of the shows that I totally respect and understand. The most important thing is that you all know how much you mean to me. I am told frequently both online and in person that by being a part of such a special show I have in some way changed someone’s life. This is hugely meaningful to me. I am here to let you know that I am the one who has been changed. Not just by playing such a well written multi-dimensional character but by the fandom itself. I have heard your stories, your pain, your struggles, your achievements and I have truly felt you. I have learned. I have grown. I am a better person because of you, the fans and everyone that blessed me with this opportunity to play such an iconic role. Congrats all and thank you! I look forward to the next. I invite you to come with me on this journey. I am forever changed. And I’m wicked. And Wicked Always Wins. Forever yours, Bex 💚