Filming for the next big X-Men film from Fox, Deadpool 2, has been underway for a few weeks now, but we’re just now getting our first looks at both Zazie Beetz as Domino and Josh Brolin as Cable. In fact, that first one, Cable — that just happened Monday! So, to get you all excited, we thought we’d give you our takes on the important Cable stories for you to read to get both ready, informed and excited for the upcoming Marvel film from Fox Studios.

But first, a quick note — we are going to give you these titles in the exact order that we believe you should read them. Even though some of these titles may have come out after others, this is the order of his origin. 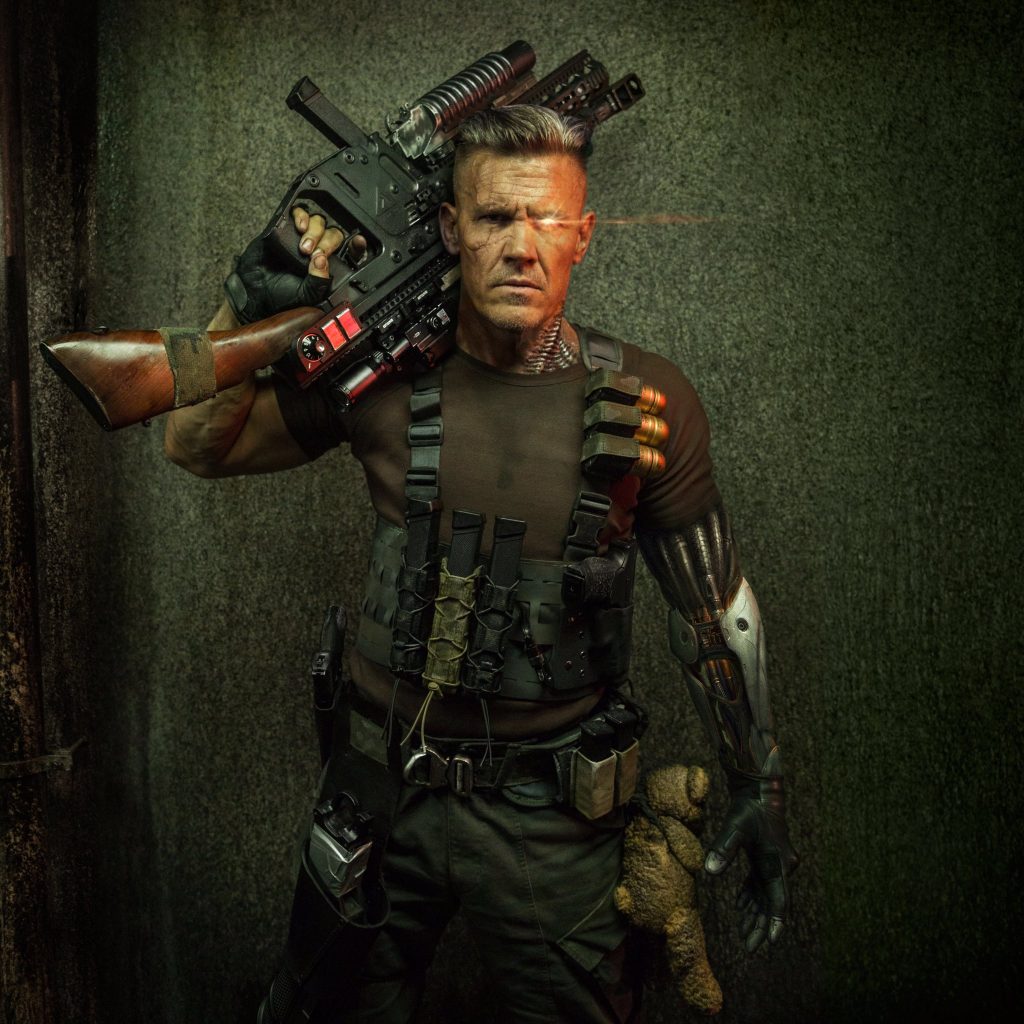 The Adventures of Cyclops and Phoenix
&
Askani’Son 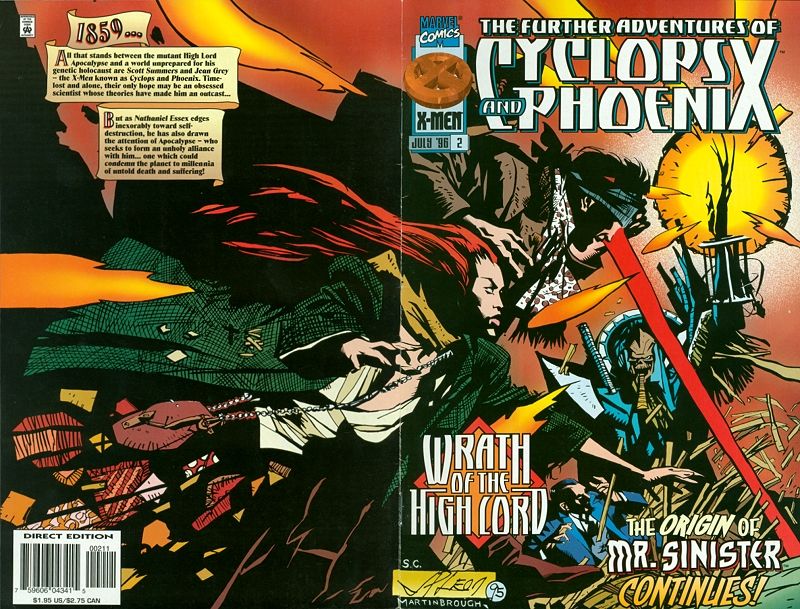 These are two relatively obscure titles that could be tricky to track down, but together they both essentially give Cable’s origin. See, here’s the deal — Nathan Christopher Summers was introduced in 1990’s New Mutants #87. We then got about four years of Cable narratives before we ever actually learned his true origins. Up until the publication of these two titles, Cable was a time-traveling soldier from the future here to stop Apocalypse from rising to power. However, in these titles we learn the full story of him, as the son of Scott Summers and the Jean Grey clone Madelyne Pryor, contracting the Techno-organic virus and being sent into the future where hopefully they’ve found a cure for the disease. 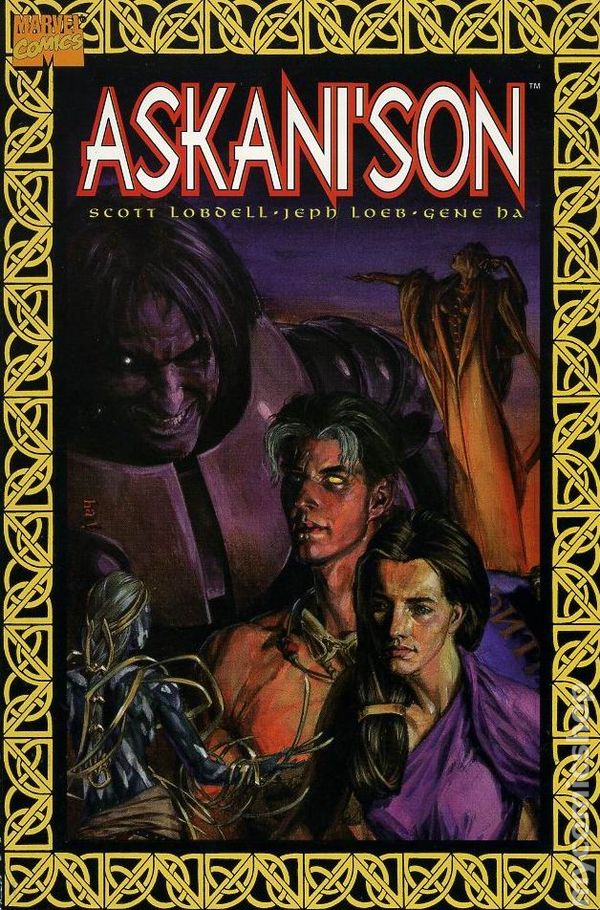 Rachel Summers, a.k.a. Phoenix, a future daughter of Scott and Jean Grey, discovers the boy and then manipulates things so that Scott and Jean, essentially, raise the boy. She then uses her team, the Askani, to control the Techno-organic virus, but not before cloning him. This clone goes on to become the leader of the Mutant Liberation Front, Stryfe, raised by a future Apocalypse until Stryfe took him down.

It’s a dense story with lots of moving parts but it wouldn’t be the 90’s or Cable without that level of confusing, dense world-building and origin. That said, buckle up for this one. 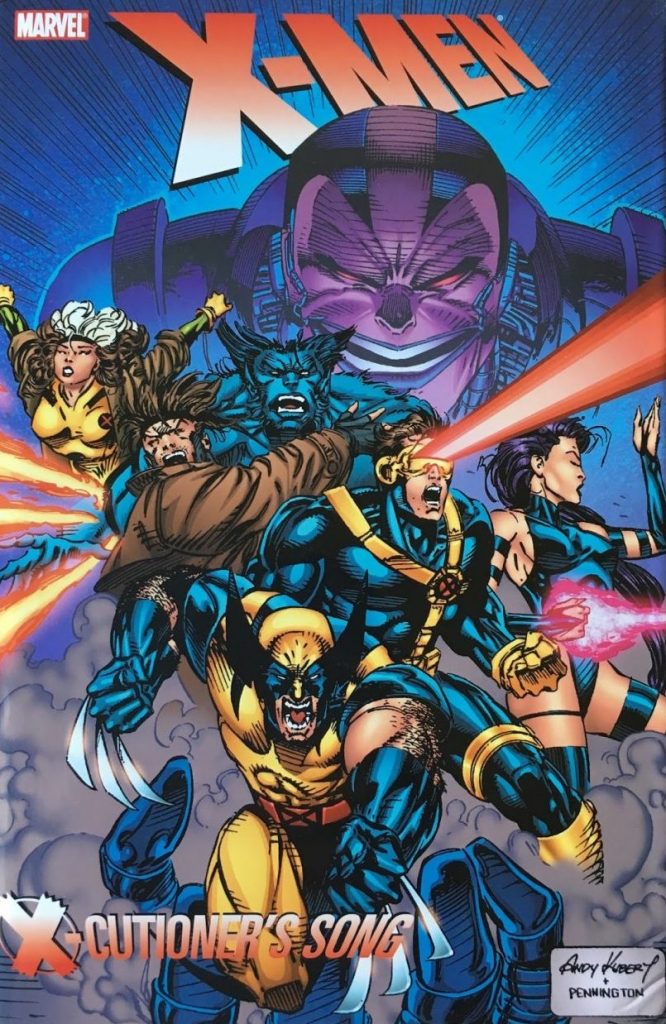 This is the story where Cable’s life starts to finally be fleshed out. Up to this point, all we knew of Cable was that he was from the future and that he had traveled back in time for some reason. We knew he was a badass soldier and a badass leader and that he transformed the New Mutants from a bunch of wet-behind-the-ears students learning to use their powers to a pre-eminent team of mutant fighters taking the fight to the villains before they could bring the fight to them. That is, they were the mutants answer to a pre-emptive strike.

However, in X-Cutioner’s Song, we start to learn a lot more about Cable, who he is, where he comes from, what he’s seen and what he’s up to. Essentially, he’s there to stop the villain Apocalypse from coming to power and taking over the world. We learn here that Cable has a clone, but we don’t initially know how or why — hence starting with the Askani stories. There’s a lot of Cable’s origin narrative in this epic, but the reason we think you want to read it, outside of that, is it’s just a great story that fully embodies X-Men stories in the 90’s. It’s fantastic action, lots of splash pages, and it is a crossover between all of the X-books at the time, so every single X-Member ever is in this fight, not to mention the Mutant Liberation Front, Apocalypse, his Horsemen and others. 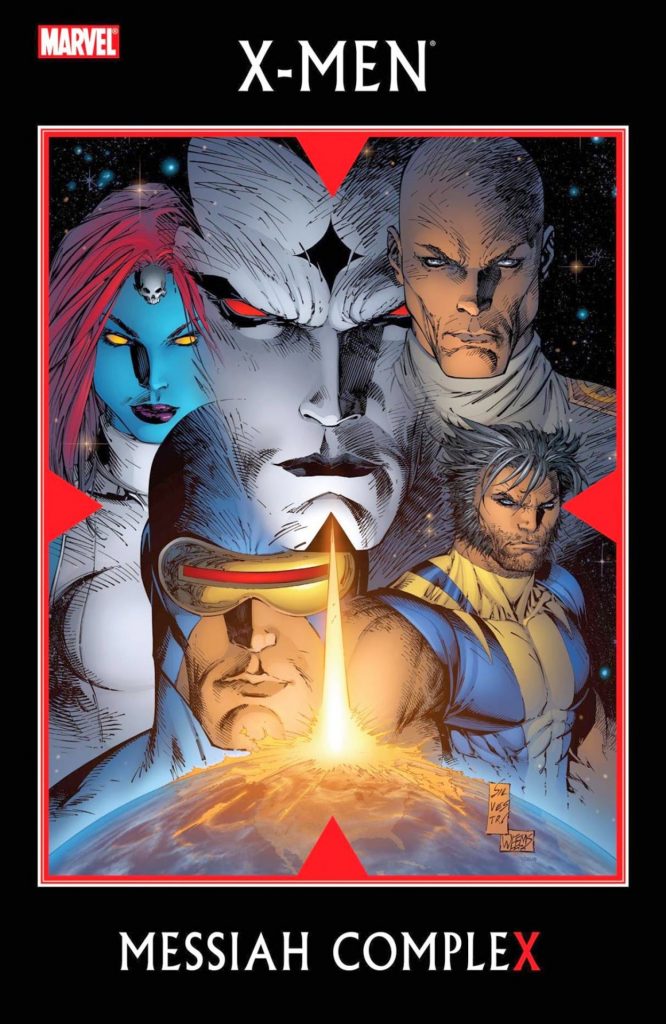 Boom. Here it is. It’s a lot to read, but this trilogy forms one of the best X-Men stories of the last decade.

Following the events of House of M where Wanda Maximoff, the Scarlet Witch, erased almost every mutant from existence, a new mutant is born somewhere in Canada. Every villain of the X-Men hears about her and heads to her town to retrieve her before the X-Men can. Thankfully, after lots of fighting, the X-Men recover the newborn and go on the run, keeping her safe from the world trying to kill her. 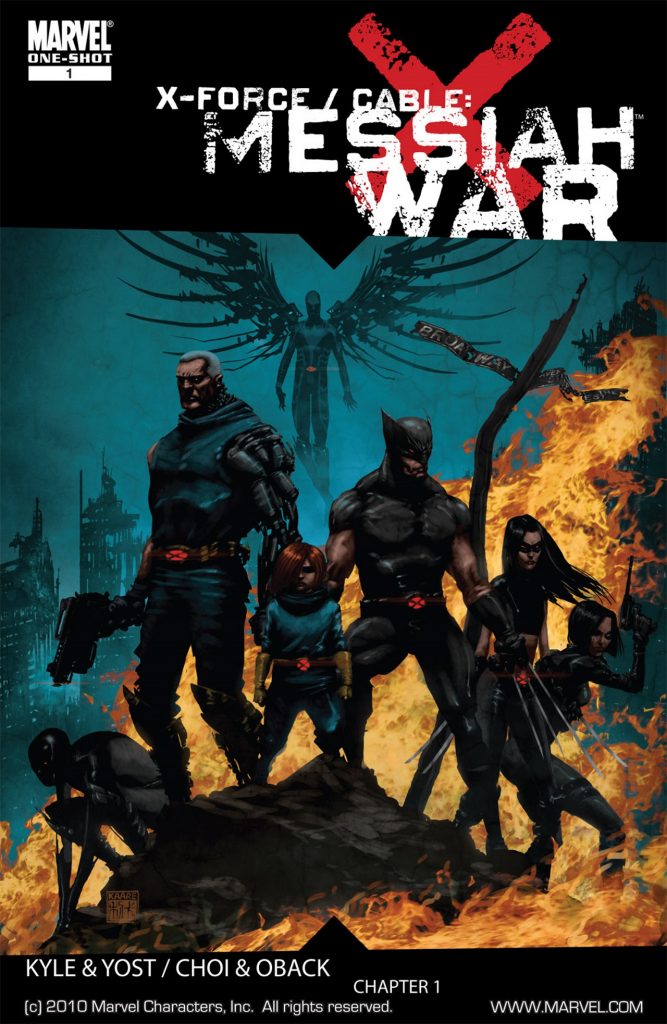 Though they get away, it’s eventually revealed that X-Man Bishop sees her as a threat to his future and has plans on killing her himself, so Cyclops gives Cable the mission of slipping into the timestream to keep her safe from Bishop. But Bishop finds a way to chase them, so they have to keep time-jumping to keep her safe. 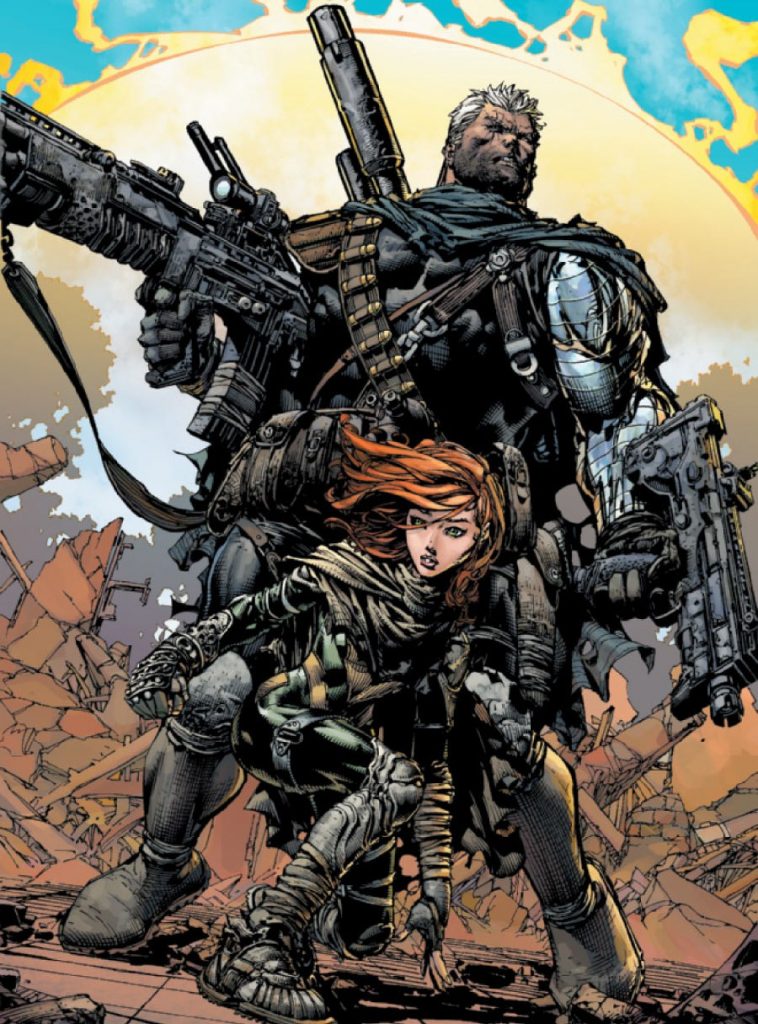 Cable becomes her adopted father, raising her in the timestream and naming her Hope Summers, always jumping to the future staying one step ahead of Bishop. However, when she’s old enough, and after the events of Messiah War, Cable brings Hope back to the present timeline and that’s where Second Coming starts. 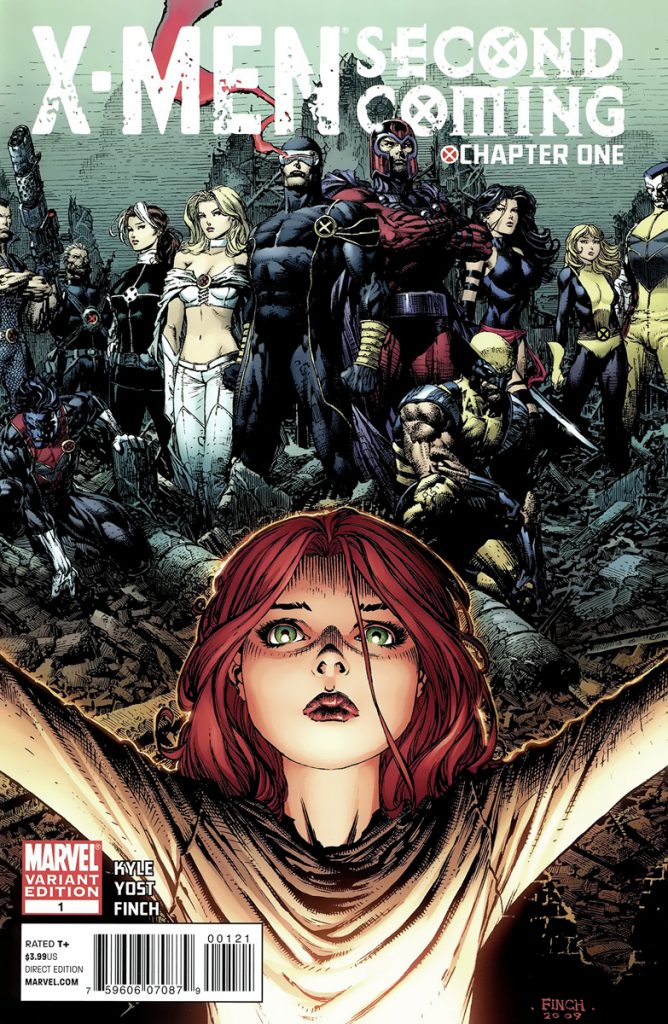 This is three books, four if you take into consideration Cable Vol. 2 — but it’s all very well worth your read and, very possibly, where a lot of background will come for Deadpool 2 IF they bring in Hope Summers.

Which, he has a teddy bear on his belt so, c’mon, you know they will. 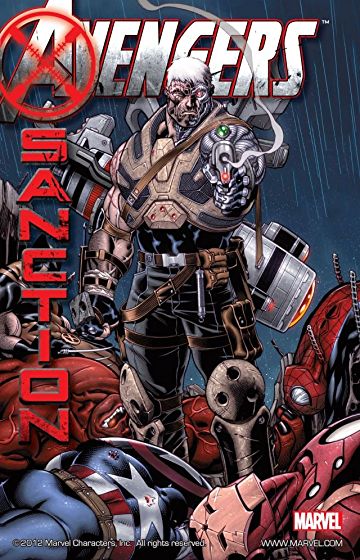 Wanna see Cable at his most badass? This is what you read.

Okay, so Cable sees in the future that Hope, despite all his fighting and sacrifices, did not survive to become the mutant messiah. Worse than that, it’s the Avengers’ fault. So guess what happens next — Cable comes back to our present time to, essentially, kill all of the Avengers.

So if you wanna see Cable kicking every last ass and taking every last name, read this series. There’s only four books in it, so it’s a fast read and well worth your time. He starts — STARTS — by taking out Captain America. C’mon! 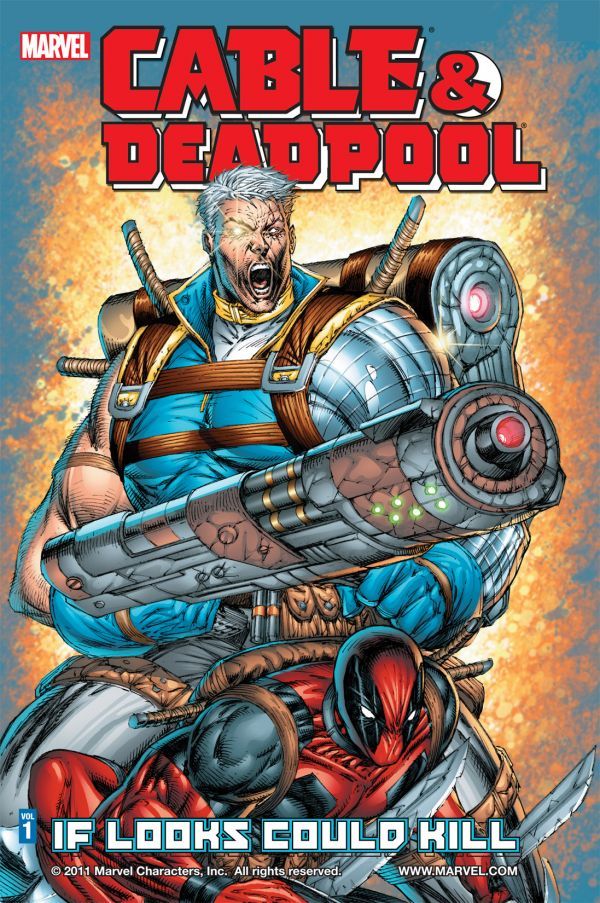 And now you’re finally ready for the book that has it all — Cable & Deadpool. This is where the film, presumably, will take a lot of it’s cues. We’ve got Cable, a no-nonsense, grizzled soldier who’s seen it all and keeps his eyes on the mission at hand, teaming up with our titular merc with the mouth who is the opposite of everything Cable is. He’s wild, off-mission, wise-cracking, loud, brash and addresses an audience that no one else can see. This series both started and cemented the tone of all Cable and Deadpool adventures to follow.